Synopsis: The Yau’s brothers are a trio of scammers who make punishing baddies their mission. A misunderstanding leads them to fellow con artists the Lui’s sisters, and they join hands to scam a notorious mob boss. Through a myriad of ingenious tricks and disguises, they bring the mobster to justice as romance blossoms swiftly — all’s well that ends well.

After an eight-year hiatus, Raymond Wong is back at his signature Chinese New Year franchise, assembling yet another star-studded ensemble for what he hopes to be another humorous and heart-warming outing. If you’re counting, this would be the eighth film of the franchise; but except for a throwaway link to the very first (and still the best) instalment through a cameo by Sheila Chan, this is otherwise an altogether new story and set of characters from its predecessors.

In spirit and form though, this is closest to the 1992 original than any of the earlier sequels, given how it revolves around the adventures (or misadventures) of three brothers. Wong himself plays the oldest of the Yau siblings named Wing-fu, the mastermind behind their ‘Robin Hood-like’ schemes to take from the rich and evil in order to give to the poor and needy. Julian Cheung plays the middle brother Wing-chung, an effortless charmer whose smooth-talking talents are often put to use in the field. Last but not least, Louis Cheung is the youngest brother Wing-chi, a playboy who yearns to play a bigger role than just a getaway driver in their ploys.

As co-written by Raymond and his son Edmond Wong, the Yaus will meet a pair of equally wily sisters, Mona (Chrissie Chau) and Monroe (Dada Chan), and team up with them to save a hapless accountant (Cheung Tat-ming) from his arrogant triad boss Dragon Tam (Patrick Tam). Their ruse involves baiting Dragon with the legendary ‘Eternal Diamond’, which happens to be on loan from the British Museum for display in Hong Kong. Frankly, it isn’t nearly as clever as it ought to be, but that is probably beside the point; after all, the plot is ultimately no more than a device for a whole string of ‘mo lei tau’ gags.

Alas, these gags are less inspired than tired, and worse, repetitive. How many times are we supposed to laugh at men salivating over Dada Chan’s voluptuous assets? Too many in fact – not only do we have to endure at least two occasions of Wing-chi trying to get his hands on them (including a game of strip guessing), we have a whole sequence where she uses her physical gifts to seduce Evergreen Mak’s pervy security manager into showing her the vault where the diamond is kept.

Besides using Dada’s bosom as a recurring gag, there are also puns which feel like the stuff of ‘80s and ‘90s Hong Kong comedies. An early scene has Wing-fu in disguise trying to scam Mona in a hotel room, where he tells her he loves to “eat chicken” after she orders Hainanese chicken rice from room service; and there is another where Jim Chim’s leery gangster attempts to get Mona to remove her shower towel in order to save Wing-chung. It is as shallow as it sounds all right, but also bemusing why Wong’s comic playbook this time round seems stuffed with sexual jokes.

What wit that can be found is few and far in between. The elaborate switcheroo to distract Dragon while stealing the diamond back from him has some clever moments. Ditto for the cat-and-mouse chase which Wing-chung engages with Chim and his henchmen in a magician’s studio – that is, prior to Wing-chung being tied to a chair and Mona being asked to show off her assets to save him. Indeed, there are not many genuinely hilarious bits at all, leaving one wondering why Wong had attempted to resurrect this franchise all over again.

As much as it packs all the elements of a traditional Lunar New Year movie, there is little which the name cast or the ensemble of cameos (including Law Kar-ying, Liu Kai-chi, Karena Ng, Helena Law and Kingdom Yuen) can do to save a limp action comedy, not least one that only cheapens itself with one too many uninventive ‘yellow’ jokes. Contrary to its title, not much is well about Wong’s own attempt to reboot his genre classic, and it is therefore no surprise that it won’t end well with much mirth too. Amidst the flurry of CNY titles, let’s just say you could do much, much better with other similarly intentioned fare. 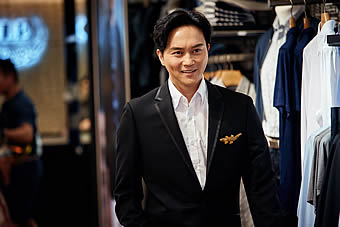 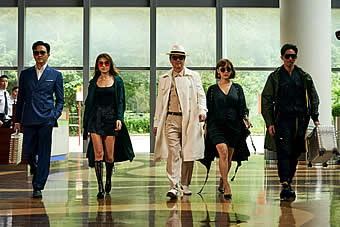 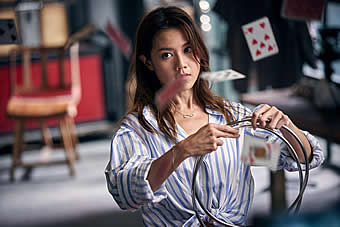 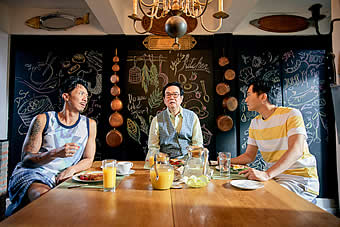 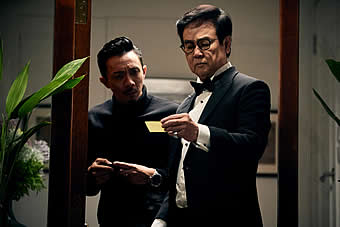 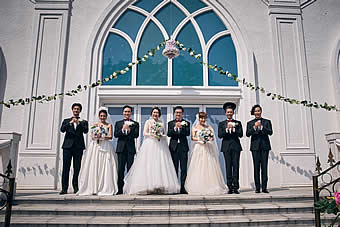