Synopsis: Social worker Li Shu-Fen (Rainie Yang) is often overwhelmed by her heavy workload and neglects her daughter Li Ya-Ting. When she discovers that Ya-Ting has gone missing, she realises there is a past demon hidden at the bottom of her heart. Shu-Fen tries everything to find Ya-Ting, and encounters many horrifying mysteries. One mother, Lin Mei-Hua (Francesca Kao), keeps her own daughter in a strange room surrounded by walls covered in written spells. Meanwhile, Shen Yi-Chun (Hsu Wei-Ning), a pregnant woman who was reported missing several months ago, is found on the mountain. In order to rescue Ya-Ting, they must return to the mountain where the little girl in red is trapping Ya-Ting. Shu-Fen finally realises the deepest fear comes from love…

It won awards for the two leads and topping The Conjuring, was also the highest grossing horror film in a decade for Taiwan. So it’s not surprising that the 2015 The Tag-Along spawns a sequel from director Cheng Wei Hao.

The Tag Along 2 is more of the familiar, following the predecessor’s key devices but amping it up just that little bit more. This works in several scenes, where creepy sets and Taiwan spiritual practice gets more screentime, but is let-down in the CGI department where amateur efforts reduce horror to awkwardness.

Worried about a child abuse case, social worker Li Shu Fen (Rainie Yang) visits the home of Lin Mei Hua (Francesca Kao), who has locked up her child in a room, both covered in talismanic writing. They are obviously warding off something but Shu Fen gets distracted from the investigation by her own discovery of her teenage daughter Ya Ting getting pregnant.

After arguing about the decision to abort, Ya Ting runs away from school and winds up missing. Shu Fen enlists the help of local rangers and even the boyfriend of her daughter, Lin Jun Wei (Wu Nien Hsuan) to search for her daughter. Their only clue - video evidence of Ya Ting led away by a girl in red.

The search leads Shu Fen to the discovery of the first film’s protagonist Shen Y Chun (Hsu Wei Ning) in an abandoned hospital, seemingly deranged and lost. This closes the triad of mothers who have a dysfunctional relationship with their children - a core theme in this horror flick.

The Tag Along 2 doesn’t fall under the sequel curse, and manages to land some decent scares. The premise has a big part to play in this, and Cheng has left home and forest in exchange for a mouldy hospital and creepy theme park. The colour grading and cinematography plays up the mood, while maintaining plenty of visual interest and leading scares in.

What works the best for me is the inclusion of a Tiger Deity, who is channeled by the young Lin and led by his temple chief and grandfather (Lung Shao Hua. The mediumship sequences will no doubt feel uncomfortable to some as a religious method, but it is authentic and compelling, while providing another level of the supernatural to the works, all the way except the end where the lacklustre CGI becomes more of a distraction than an asset.

And that’s really the biggest sore point about The Tag Along 2. The special effects come across cheap and detached from the shots, softening the edge and tension from the otherwise great production values. From scenes of insects flying out of the mouth to the titular character appearances, it reminds me of efforts more in line with movies in the mid 90s. Cheng might want to do collaborate with another team to elevate his promising material to another level, if number three (again likely) is in the works.

(Scares are slightly hampered by bad effects, but story devices and great cinematography keeps the horror fan satisfied in this sequel) 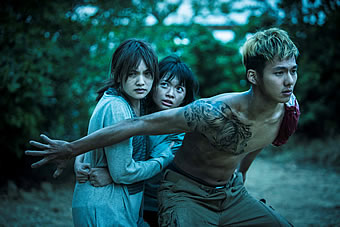 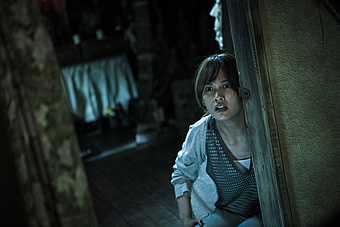 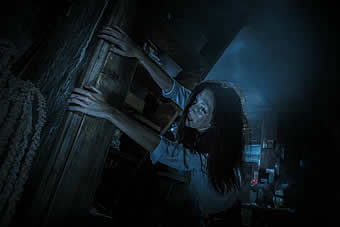 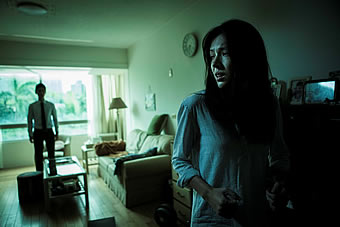 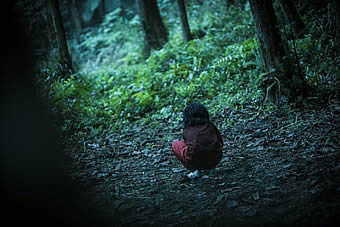