Synopsis: Nine years ago, on a stormy night novice journalist Chi witnessed a car accident on the hill when his car broke down. In that fatal accident, the male driver was killed on the spot, and the female passenger Hsu Ai-ting slipped into a coma when she was rushed to the hospital. In a panic, Chi took photos of the registration number of the hit-and-run vehicle. However, the pictures were so blurry that they could not be used as evidence, and therefore the facts of the accident were never established.

If you have heard the titular English folk song, you’ll do well to know from the outset that this Taiwanese whodunit has nothing at all to do with the rhyme or its interpretations; and if you have not, then just know that it matters not. At most, the relation is intended to imply how different persons recounting the same crime will have multiple accounts of it, and the fact that each has a vested interest one way or another to conceal their involvement, or worse culpability, means that the truth is often elusive. Indeed, that is how the narrative of Cheng Wei-hao’s sophomore feature film has been structured, i.e. as enactments of events past recounted by so-and-so, which may or may not have been embellished or even completely fabricated. It does therefore demand two hours of its audience’s patience to unravel the entire mystery, but we guarantee it is time well worth spending on a cautionary tale of greed, vengeance and buried sins.

The gist of the story is that of a hotshot journalist Chi (Kaiser Chuang) who decides to look into a hit-and-run that he had personally witnessed nine years ago on a stormy night, after a present-day car accident reveals that the second-hand car he had bought not long ago was in fact the very one involved on that fateful evening. The longer version of that tells of the survivor, Ai-ting (Ko Chai Yen), who had escaped from the hospital not long after being admitted for her injuries and has since gone off the grid – worse, after Chi uses his investigative skills to locate her, she is abducted by someone who had been following Chi without his knowledge. Chi’s initial digging through the newspaper archives also unearths the kidnap of a wealthy businessman’s young daughter at about the same time, which relationship to the persons involved in the accident only becomes clearer much further down the road (pun intended).

Any whodunit is as good as its list of suspects, and there is an intriguing list here – beginning with Chi’s mentor Chung-wen, whom Chi suspects of deleting some photos off his old camera nine years ago of the accident; to Chi’s editor-in-chief Chiu (Christopher Lee), whose previous car’s license plate number is one of the possible matches of the hit-and-run vehicle which Chi makes out in one of the deleted photos he eventually manages to retrieve; to Chi’s mechanic and buddy Ji, whom Chiu claims borrowed his vehicle and was behind the wheel that night; and last but not least to a young unsmiling junior police constable Wei (Mason Lee) who works at the station where Chi’s police contact resides and coincidentally stays in one of the units of the dense housing complex where Ai-ting could be held captive. In case you haven’t realized, there are two related mysteries here – the identity of the hit-and-run driver and Ai-ting’s kidnapper – which may or may not lead to the same culprit(s).

Though it isn’t obvious right from the start, Cheng’s technique is to play out each possible suspect’s account of what happened that night, not simply whether those accounts which are genuine and accurate. As confusing as it may be to some, it demands that the audience pay attention to the inconsistencies and contradictions as Chi goes further down the rabbit hole, and trusting that the truth will emerge by the end of the two hours. The reassurance here is that it eventually does – and without ambiguity, we should add – so as much as some of the accounts are mere red herrings, it isn’t that (or because) Chi and his two co-writers doesn’t know where they want the story to lead to. Despite the manifold twists and turns especially in the third and final act, all the pieces do fall into place at the end, and in fact in grimmer and more perverse fashion than we had expected.

Oh yes, those looking for a happy ending best look elsewhere – there is none to be found here by the time the deeds and motivations of each one of the protagonists are laid bare. Not even Chi will emerge unscathed, and it suffices to say that it wasn’t an altruistic pursuit of the truth that triggered his own investigation in the first place. Because each individual is ultimately harbouring some dirty, dark secret that he or she would rather not see the light of day, every one of them is in fact driven by their own self-preservation to one extent or another, the only difference being how far or committed they are to ensuring that their own selfish interests. These qualities are also what defines the characters here, and the actors do a decent job of fleshing them out, savoury or otherwise – of particular mention is our very own Lee, who exudes cold-hearted pragmatism in his portrayal of the grizzled journalism veteran with political ambitions.

Nevertheless, ‘Who Killed Cock Robin’ is admittedly less character-driven than plot-driven, in that its storytelling is based on unravelling what these respective characters were up to that fateful night when their lives collided in unfortunate manner. Even so, it does not sacrifice character consistency for plot surprises, so you can be reassured that none of the characters do stuff that is too illogical with their nature or credibility. Frankly, we were pleasantly surprised by how this crime thriller turned out. The setup is a little rushed at the start, but it settles down quickly to its own pace and rhythm once Chi starts getting into the thick of the mystery. Not that it slackens mind you; in fact, it is quite a gripping watch from start to finish, topped off with an ending that goes right to the darker side of human nature.

(Often intriguing and always gripping, this whodunit that bears no relation to the English folk song of its name is surprisingly dark and twisted) 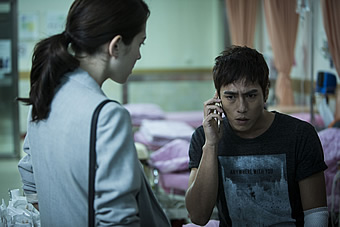 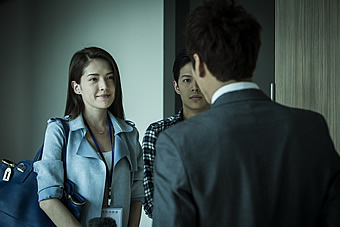 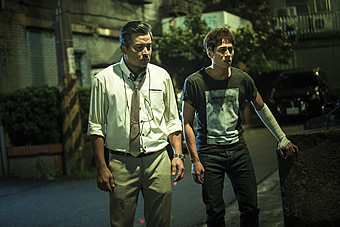 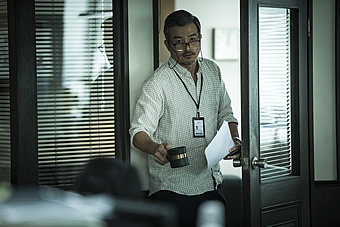 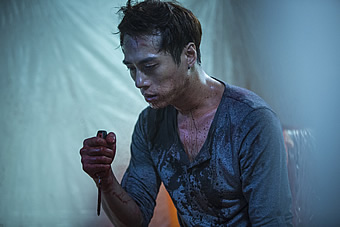