Synopsis: Mikami, an ex yakuza of middle age with most of his life in prison, gets released after serving 13 years of sentence for murder. Hoping to find his long lost mother, from whom he was separated as a child, he applies for a TV show and meets a young TV director Tsunoda. Meanwhile, he struggles to get a proper job and fit into society. His impulsive, adamant nature and ingrained beliefs cause friction in his relationship with Tsunoda and those who want to help him.

This Japanese film about an ex convict who is struggling to adapt to the society after his release almost feels like a Yellow Ribbon awareness project – except that it is heartbreakingly grounded in its portrayal about a released offender who is at a loss when he regains freedom.

When we first meet Masao Mikami (played flawlessly by veteran actor Kōji Yakusho), he just finished his 13 year prison sentence. The ex yakuza was convicted for murder. Known for their strict codes of conduct and extreme violence, yakuza are gangsters from organised crime syndicates who had their heyday in a bygone era. Naturally, he finds it difficult to integrate into a world that has changed drastically. It reminds you of how the characters from The Shawshank Redemption found life after leaving prison.

The man has to live on welfare, look for a proper job and familiarise himself with social norms. He also hopes to find his mother who was separated from him since he was a child. At his age, you’d think this is enough a burden to bear. The drama doesn’t stop there, as he finds himself involved in a TV production helmed by a seemingly sincere crew.

Directed by Miwa Nishikawa, the movie based on the 1990 novel “Mibuncho” (Inmate Files) is a poignantly realistic portrayal of an individual who is making great effort to be part of a society that has heartlessly moved on without him. Mikami has no financial ability to survive on his own, and has to unwillingly receive governmental support. He wants to stand on his own feet by finding a job, but we know how challenging that is going to be. Then there are two strangers who want to milk his story into a TV hit.

The 126 minute film takes its time to tell Mikami’s story. We feel his anger when he repeatedly fails his driving test, but can’t help chuckling at the situation. We feel heartened to see the friends he makes, including a retired lawyer and his wife (Isao Hashizume and Meiko Kaji), a supermarket employee (Seiji Rokkaku), and his case manager (Yukiya Kitamura) from the welfare office. These supporting characters add a human touch that warms your heart. Mikami also strikes up an unexpected friendship with the young TV show producer (Taiga Nakano) – an earnest exchange between the two men in the onsen is especially touching.

The film also sends Mikami to seek out some shady people from his past when he is at his lowest point. Unexpectedly, there are some affecting moments to look out for during those scenes. The story also has Minami befriending an intellectually challenged colleague at a nursing home, and there are sequences that will leave you questioning the goodness in human nature.

Unmistakably, this is Yakusho’s show. It is not a sentimental portrayal of a character that has no place in society, nor is it one that is anchored by melodrama. The actor delivers a beautiful and nuanced performance that makes the story achingly humane.

(A humane story that features a beautiful performance by Kōji Yakusho) 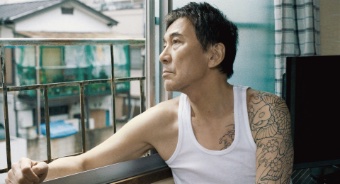 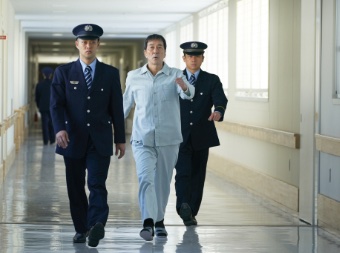