Synopsis: Three people wake up in a dark basement. So-hee, a horror story writer, Suk-ho, a college student, and In-jeong, a high school girl, can’t seem to remember how they got there. With eerie sound coming from all corners of the house, the three try to find their way out, only to realize there is no one. The more they try to recall how they got there, the more pain they experience. Suddenly, they detect another presence in the house, threatening their lives. The three turn increasingly insane as they fight off the fear of death. As they uncover how each arrived at the house, the shocking truth is revealed. Two Moons will show you a new level of mystery horror and will surely be a movie experience of the summer.

First, there was J-horror, led by the genre-defining ‘The Ring’; and then as more and more wannabes tried to emulate its success, came the K-horror, with notable examples like ‘A Tale of Two Sisters’, ‘Whispering Corridors’ and ‘Bunshinsaba’. But in recent years, the cumulative effect of years of getting scared seem to have raised audience expectations of a good horror movie, which led to diminishing returns for the occasional K-horror or for that matter J-horror that tried to make its presence felt on the big screen.

‘Two Moons’ arrives at a time when, we believe, audiences are instinctively sceptical of the promise of a good scare. Hollywood’s ‘The Conjuring’ was one example of a horror which came on the back of excellent word-of-mouth from abroad and continued to build a local following as more and more audiences became convinced of its potential. There is conversely no such word-of-mouth for Kim Dong-bin’s latest movie, which in actual fact, was released some two years ago in its native territory; not only did few in its home country see it when it opened, those who had seen it were largely unimpressed.

That of course begs the question just why ‘Two Moons’ is finding its way into our theatres two years after its insipid debut in South Korea. That said, we’re willing to give this low-budget thriller the benefit of the doubt, so here goes. The premise is standard and simple - three strangers wake up in the basement of a cabin in the woods with no recollection of just how they got there. As you may have guessed, the rest of the movie is pretty much spent unravelling the reasons for their captivity - though as you can probably guess from the opening voiceover explaining the titular phenomenon, not all the individuals that you see onscreen belong in fact to the realm of the living.

Aside from trying to figure out just who is among the already dead, the other part of the mystery has to do with how and why they have been brought together in the same room in the first place. The revelation, when Kim does lift the veil, isn’t exactly groundbreaking, but there is a certain go-for-broke mentality that keeps you watching - and by that we mean replicating famous moments from genre classics like ‘Psycho’ or ‘The Exorcist’ just so to elicit a reaction from its audience. Indeed, there is hardly an original vein to be found here, but you can’t help but admire Kim’s brazenness in mashing together scenes straight out of a Hong Kong vampire movie with that of other Hollywood notables and passing it off as his own.

Even on that level, ‘Two Moons’ plays very much like his critical and commercially panned 2004 horror ‘Red Eye’. Those who have seen that infamous movie will tell you that Kim has merely switched the confines of a train carriage for the claustrophobic confines of a deserted house in the forest, while keeping the general theme of its haunting by grudge-filled spirits waiting to exact vengeance on living inhabitants. What Kim has also failed to do in retooling his earlier flop is create stronger characters, or simply, characters that his audience are likely to care about, and just like in ‘Red Eye’, you can’t quite be bothered about just what happens to the people you see onscreen at the end of the day.

It is no wonder then that ‘Two Moons’ went relatively unheeded even in its native country, and is not likely to ignite any sort of audience interest in the fledgling K-horror genre. With a story that holds little surprises, characters we can’t quite identify with, and most of all little original scares, it is at best a mediocre entry that will only satisfy the most horror-deprived fan. Given the promise of its ‘twin moon’ premise, it also feels like a missed opportunity, one that could have been so much more in the hands of a better filmmaker. Unless you’re desperately in need of a horror fix, you’ll find nothing illuminating here even with the gleam of two moonbeams.

(A promising premise given a mediocre execution, this two-years dated K-horror will only satisfy the most horror-deprived fan) 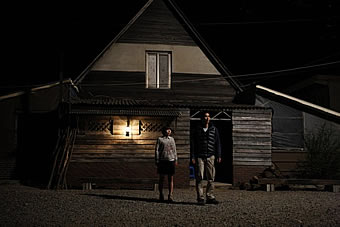 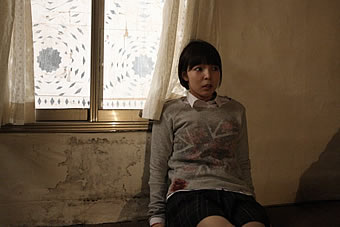 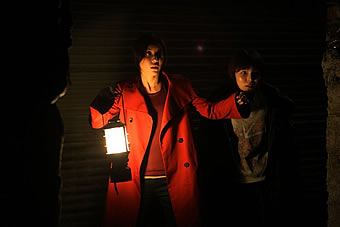 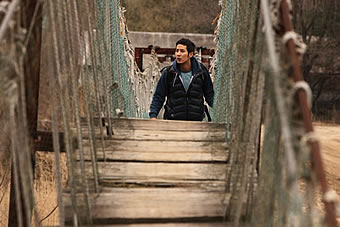 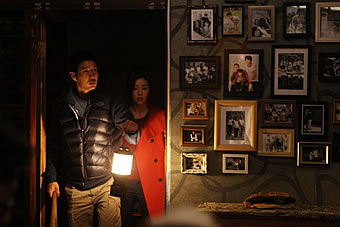