Synopsis: Dr. Will Caster (Johnny Depp) is the foremost researcher in the field of Artificial Intelligence, working to create a sentient machine that combines the collective intelligence of everything ever known with the full range of human emotions. His highly controversial experiments have made him famous, but they have also made him the prime target of anti-technology extremists who will do whatever it takes to stop him. However, in their attempt to destroy Will, they inadvertently become the catalyst for him to succeed-to be a participant in his own transcendence. For his wife Evelyn (Rebecca Hall) and best friend Max Waters (Paul Bettany), both fellow researchers, the question is not if they can...but if they should. Their worst fears are realized as Will's thirst for knowledge evolves into a seemingly omnipresent quest for power, to what end is unknown. The only thing that is becoming terrifyingly clear is there may be no way to stop him.

‘Transcendence’ might not be the first movie to cast doubt on mankind’s love affair with technology, but it could quite possibly be the first to fail so tremendously on the back of such promise. Billed as the debut feature from longtime Christopher Nolan d.p. Wally Pfister (and executive produced by Nolan as well as Nolan’s wife Emma Thomas), it has an all-star cast in Johnny Depp, Rebecca Hall, Paul Bettany, Cillian Murphy, Kate Mara and Morgan Freeman not unlike the kind of star power that Nolan assembled for his blockbuster sci-fi thriller ‘Inception’.

And yet to hope that ‘Transcendence’ could be the kind of smart, thought-provoking sci-fi that ‘Inception’ was is indeed foolhardy, for as much as it wants to be about artificial intelligence and expound ideas like singularity, It ultimately displays little - or for that matter any sign of intellect - throughout its extremely tiresome 119-minute duration. Blame it on Jack Paglen’s excruciatingly dumb script, whose only stroke of genius might be to try to cull from the theories of singularity glorified by the likes of Ray Kurzweil the film’s titular premise of transcendence, no matter the fact that it pretty much crashes and burns all the way through.

As such cautionary tales are oft to have, there are the proponents and opponents of technology. On the former, there’s Dr Will Caster (Depp), his wife Evelyn (Hall) and their colleague Dr Max Waters (Bettany), whose work on artificial intelligence has been recognised as one of the most cutting-edge throughout the country. On the latter, there’s the anti-tech terrorist group called Revolutionary Independence From Technology (or RIFT in short) led by Bree (Mara), who in the opening minutes of the film is shown to have choreographed a series of coordinated attacks across multiple AI labs, including that of researcher Joseph Tagger (Morgan Freeman).

RIFT is also responsible for the shooter who fatally wounds Will with a radiation-laced bullet, who is given weeks to live by his doctor. And so, together with Evelyn and Max, Will makes the previously unthinkable choice of uploading his entire consciousness onto a super-computer known simply as PINN (which stands for Physically Integrated Neural Network). Therein lies the catch of Paglen’s story - is the amalgamation of PINN and Will man or machine? Even as the AI talks and thinks like Will, can we trust that it is operating by the mind of Will or by its own will (pardon the pun)? What exactly is it up to? Should we wait to find out or take the pre-emptive step to destroy what is essentially yet another deeply flawed creation by mankind in its blind zeal to play God?

Intriguing ideas and questions no doubt; unfortunately, Paglen’s execution is anything but. Despite its ambition, it doesn’t transcend the kind of bad 1990s movies like ‘Virtuosity’, ‘Lawnmower Man’ or ‘The Net’ in developing the extent to which a self-aware human/computer hybrid intelligence could evolve, grow and change the world; after all, Will’s plan to escape detection from the Feds (led by Murphy’s Agent Buchanan) is to build an enormous data centre powered by thousands of solar panels in a deserted town in the California desert, a recourse which doesn’t take a genius to figure out is plain unrealistic to assume would escape detection by any Government authority. Where it does try to be revolutionary, it ends up being laughable. Not only does Will’s plan involve healing the sick and infirmed by turning them into his nanotechnology slaves, he is apparently able to use that same technology to become one with Nature – and giving new meaning to ‘cloud storage’ in the process.

Even if one is able to suspend disbelief for such hocus-pocus, Pfister makes it such a difficult sell. There is little coherence to the way scenes are assembled, or how characters fade in and out of the picture, and it is immediately glaring just how devoid of staging or narrative momentum Pfister seems to have a grip on. Even more problematic is how Pfister seems to have little grasp of the passage of time in the movie, such that events jump ahead with little sense of how they fit in with what we had seen earlier and inadvertently resulting in the kind of logic gaps that make the overall film even more disengaging. Such fundamental issues are no doubt challenges first-time directors face, but you probably don’t expect that of someone who has practically been crowned Nolan’s protégé.

Pfister is not helped by his lead actor’s literally lifeless performance. Yes, Depp may have rode on kooky roles in Tim Burton’s films and of course the ‘Pirates of the Caribbean’ franchise to popularity, but he is entirely out of his depth when it comes to portraying less eccentric individuals that doesn’t require him to ham it up. As wooden whether in human or machine form, Depp seems entirely disinterested in the whole venture, and shares absolutely zero chemistry with his female co-star Hall. Neither do the supporting cast do any better in fact, and whether Bettany, Murphy or Freeman, each just seem to be doing his dues in order to gain favour for Nolan’s next gig.

As harsh as it may sound, Pfister is no Nolan, and it is evidently clear in ‘Transcendence’ that he lacks the vision to pull together a layered poignant blockbuster the way Nolan did with ‘Inception’. The parallels are there – not only are both cautionary tales, they are also meant to be big-budget action spectacles built on an emotional core. But the action here rarely thrills - even the finale where the Feds join forces with RIFT to launch an assault on Will’s compound straight out of a 1950s B-movie - and the melodrama confused and muddled. Considering the talent, pedigree and consequent expectations, this is unquestionably an utter disappointment.

(Hailed as Nolan’s protégé, this directorial debut from his regular d.p. Wally Pfister is dumb sci-fi masquerading as intelligence, its intellect as artificial as the acting, the action and the love story) 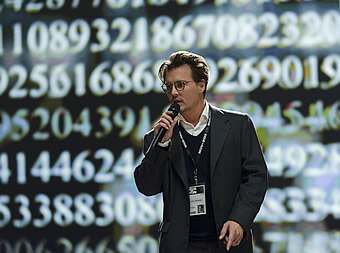 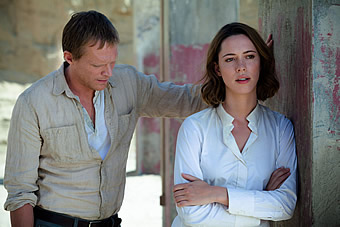 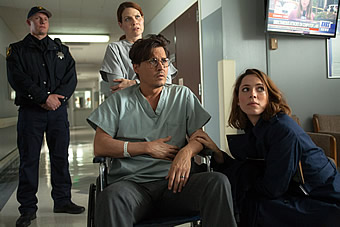