Synopsis:  Ralph Fiennes' THE WHITE CROW was inspired by the book Rudolf Nureyev: The Life by Julie Kavanaugh. The drama charts the iconic dancer's famed defection from the Soviet Union to the West in 1961, despite KGB efforts to stop him. Fiennes directs from a script by David Hare (The Hours). Acclaimed dancer Oleg Ivenko stars as Nureyev, alongside Adèle Exarchopoulos as Clara Saint, and Fiennes as Russian ballet coach Alexander Pushkin. Also featured are ballet-world enfant terrible Sergei Polunin, Chulpan Khamatova, Olivier Rabourdin, Raphaël Personnaz and Louis Hofmann.

If you know your ballet, you would probably have heard of Russian dancer Rudolf Nureyev, who while on his first European tour to the city of Paris, made the life-changing decision to defect from Russia and the Kirov Ballet at the Paris-Le Bourget airport in 1961. Had he not made that pivotal step at the age of 23, chances are that he would not have enjoyed the same success, mostly because he would either have died or spent his prime years in Russian prison. And so, in adapting Julie Kavanagh’s 2007 biography of Nureyev, director Ralph Fiennes and writer David Hare have chosen to focus on the events leading up to their subject’s sensational escape, instead of say trying to cram his entire life story into a two-hour feature film.

In pivoting the movie around Nureyev’s defection, Fiennes gambles that his audience would be interested to know why he would choose to do so in the first place, and although there is no way to know that answer for sure, we suspect that it gets close enough. Saving the last act for that nail-biting encounter, the preceding two detail the time Nureyev spent in Paris prior to those moments, in which he strikes up a close but never physically intimate relationship with Clara Saint (Adèle Exarchopoulos), whose high-profile late ex-lover happens to be the son of France’s minister of cultural affairs. Flirtations aside, Clara will play a significant part in facilitating his move to seek political asylum, proving that it helps to know someone in high places.

Yet Fiennes’ thesis here is that it isn’t just who he encountered and what he experienced in Paris that influenced his decision, it was equally Nureyev’s upbringing as well as his mercurial personality. So in between the present-tense action in Paris, the narrative intercuts flashbacks of his childhood years and his rigorous training in Leningrad. These formative years go a long way into illustrating the sort of person Nureyev is, an individual who is though born into authority felt compelled to stand up to it if in conflict with his own interest; in fact, it was this non-conformist streak that led him to storm into the headmaster’s office a few months into his training and demand that he be under the respected instructor Alexander Pushkin (Fiennes).

Though played by Fiennes with complete understatement, it is no overstatement that Pushkin was responsible for guiding Nureyev to apply his passion to technique, thereby moulding him into becoming a magnetic performer on stage. Somewhat distracting, even though true, is the uncomfortable dynamic between Nureyev and Pushkin’s wife Xenia (Chulpan Khamatova), as initiated by the former who invites the latter to stay with them following an unfortunate leg injury; and indeed, if we were to choose, we’d rather the film spend more time on his more consequential relationships, such as his attraction for fellow dancer/ roommate Yuri Soloview (Sergei Polunin) and his dalliance with German terper Teja Kremke (Louis Hoffman).

Truth be told, these episodes in Nureyev’s life are only compelling insofar as they lend context to his nature and motivations; otherwise, on their own, they are too fleeting to build up to anything substantive. But to Fiennes’ credit, the climax is grippingly staged, such that even though you already know the outcome, you’ll probably still be clinging to the edge of your seat watching how Nureyev was caught by surprise by the Kremlin’s decision to send him back to Moscow and the impromptu intervention by French dancer Pierre Lacotte (Raphaël Peronnaz) as well as Clara in rescuing him from certain oblivion. There is payoff all right, if you’d hang on past the intermittently engaging middle section.

Casting Nureyev would never have been easy – you’d either have to get a professional actor to do it and learn some basic steps, or get a professional dancer and have to teach him some basic acting skills – but Fiennes is extremely lucky to have found a natural in newcomer Oleg Ivenko. The Ukrainian dancer is simply magnificent to watch in the dancing scenes, and even if he may not look much like Nureyev in real life, Ivenko channels his character’s swagger and tempestuous persona beautifully. Fiennes too picks up Russian admirably to deliver all his lines in the language, and Exarchopoulos is effectively cast against type as the demure Clara, but this is Ivenko’s show through and through.

It is not often we get a film whose subject is ballet, and perhaps inevitably, some viewers may compare this with ‘Black Swan’. Arguably, the two films are artistically distinct in their own right, and while ‘Swan’ was deliberately exaggerated, this one aims for nuance and subtlety in most measure. As a movie about Nureyev, we’d say it’s more than worthy as an introduction into the person, though those looking for something more insightful will probably be disappointed. Still, its statement about his passion, as well as what he was willing to do to pursue and defend it, is unmistakable and in that regard, ‘The White Crow’ flies, even if it doesn’t soar.

(A suitably engaging exploration of Russian dancer Rudolf Nureyev's life-changing decision to defect from the Soviet Union, this biography takes flight with a mesmerising performance by Oleg Ivenko in the lead role) 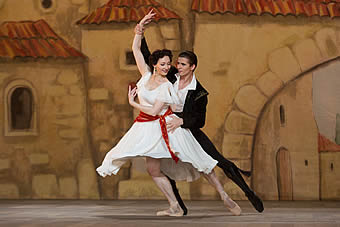 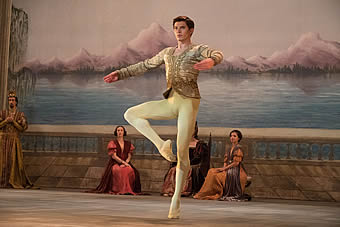 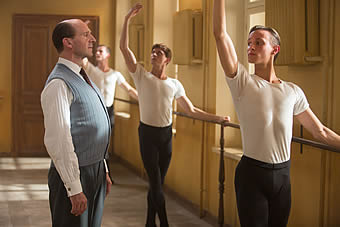 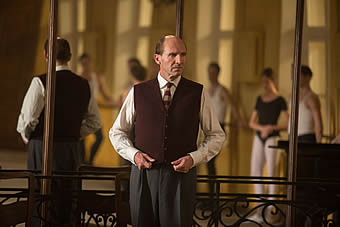 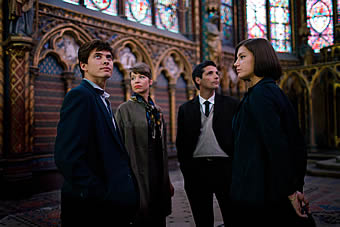 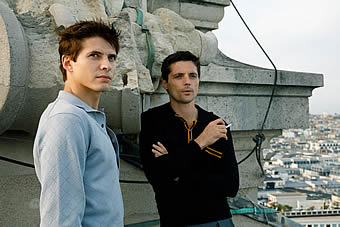