Synopsis: IDC Agent Jon (Jay Chou) sustains grave injuries on a mission and decides to spend his final days with his mother. She tells him a long-held secret. To fulfill her wishes, Jon goes to Southeast Asia. He befriends medical specialist Rachel (Lin Peng). When she is forced into the schemes of a criminal organization, Jon attempts rescue and becomes the target of the organization that includes his estranged brother Yang (Nicholas Tse)! When the organization betrays Yang and kidnaps his daughter Sheng, the brothers join forces to rescue Rachel and Sheng.

There was a time not long ago when every Chinese New Year brought the release of a much-anticipated Jackie Chan vehicle, his combination of action and comedy perfect entertainment that was truly in a league of its own. Sadly, age has caught up with the actor, and since 2001’s ‘The Accidental Spy’, Jackie has been absent from the lineup of Chinese New Year movies. With ‘The Viral Factor’ however, Dante Lam has brought back the same kind of high-octane action we used to enjoy in Jackie Chan’s action movies- though in place of comedy, there is instead genuinely affecting human drama.

Forgive us if we wax lyrical about Dante’s latest film- it represents not only his best work to date (and mind you, he’s been on a winning streak since 2008’s ‘The Beast Stalker’), but it is also easily the most accomplished contemporary action thriller from Hong Kong/ China. Yes we kid you not- each one of the breathtaking action sequences that Dante stages with aplomb can rival the kind of stuff we’ve only seen so far in big-budget Hollywood movies, and to think that Dante has managed to accomplish it with only a fraction with what it would have cost in a Hollywood production is a triumphant feat in itself.

Dante’s ambitions for what is- at US$17 million- his most expensive production to date is clear right from the beginning, kicking off with an edge-of-your-seat gripping sequence in the heart of Jordan where a group of highly trained International DefenseCommission (IDC) operatives are ambushed while escorting a scientist who has just created a lethal biological weapon from mutating the smallpox virus. Besides orchestrating a jaw-dropping sequence where an RPG explodes under a tank and causes it to tumble off the road and down a cliff, the veteran man of action stages an intense street battle in the style of ‘Green Zone’ that leaves the entire team dead- save for Jon (Jay Chou) and his leader Sean (Andy Tien).

The latter is however alive for an entirely different reason- Sean was in fact behind the very ambush, just so he can sell the virus and its cure to a wealthy buyer halfway around the world. As for Jon, he has to live with a bullet lodged in his brain, which becomes the cause of the severe headaches he encounters from time to time. While recuperating, Jon finds out from his remorseful mother that he has an older brother living with his father in Malaysia, the separation a deliberate act by his mother some many years back to get away from his gambling addict of a dad.

En route to Malaysia, Jon meets Rachel (Lin Peng), a medical scientist tasked by the Asian Centre for Disease Control (ACDC) to study the newly created virus. Rachel also happens to be the target of a group of kidnappers led by Yang (Nicholas Tse), and Jon unwittingly gets dragged along when he tries to rescue her. Thus, with a bit of narrative convenience, Dante and his recent muse Jack Ng pits brother against brother on different sides of the law- though as you would expect, at some point the two long-lost brothers will eventually reconcile to defeat a common enemy.

Pretty much two-thirds of the movie is set in and around the streets of Kuala Lumpur, and the gleaming metropolis as well as its grittier outskirts prove to be an impressive backdrop for the unfolding action. From the crowded streets around the Kuala Lumpur City Centre (KLCC) to the bustling KL Sentral railway station, Dante keeps the adrenaline pumping and never lets the pace slip. Personally taking charge of the stunt design and entrusting the action direction to another of his frequent collaborators Chin Kar Lok, Dante ups the ante with every elaborate sequence he stages.

And trust us when we say that each one of them is as exhilarating as the next- from a shootout along a busy road packed with cars bumper to bumper, to a car chase right in the heart of KLCC, to a helicopter chase around the iconic buildings of the KL skyline, to a three-way battle at a construction site, and finally to a climactic showdown set on board a freighter, there is just so much for action fans to drool over. Thankfully, his d.p. Kenny Tse doesn’t adopt the shaky-cam style of Hollywood’s ‘Bourne’ trilogies and wannabes- he keeps the camera steady so the audience can take in every shot, and complements the rest of them with the occasional wide shot to give a panoramic perspective.

But this is not merely a collection of well-shot action sequences; rather, at its core, Dante has fashioned a moving story about the immutable bond of brotherhood. Beyond the guns and bullets, there are gripping moments of tense emotion as both Jon and Yang learn to stop blaming the other brother as well as their respective parent for their divergent fates and reconcile as flesh and blood. An especially poignant scene has their father (another Dante regular Liu Kai Chi) making the ultimate sacrifice for both of them, perfectly matched by another where Yang forgives his mother for abandoning him with his father back when he was only a little boy. Kudos to Dante for weaving in the human drama so adroitly amidst the action, alternating between intense action and intense drama seamlessly and delivering a riveting watch all the way through.

That the movie proves so captivating is also testament to the charisma of both its leading actors. This is undoubtedly the best role of Jay Chou’s acting career to date, his intense brooding performance neither fluffy like ‘Kung Fu Dunk’ or ‘Treasure Hunter’ nor overdramatic like ‘Curse of the Golden Flower’. Nicholas Tse once again demonstrates how his acting chops have matured under the watchful direction of Dante, and while it isn’t as groundbreaking as his ‘Beast Stalker’ or ‘Stool Pigeon’, the recent Hong Kong Film Awards Best Actor winner is still mesmerising in a complex good-bad role. Both Jay and Nicholas also gamely perform their own stunts in the movie, and the authenticity of watching them both run, leap and brawl just adds to the excitement.

With ‘The Viral Factor’, Dante has not only reached a new zenith in his career as a director, but also achieved a breakthrough for the Hong Kong/ China film industry as far as making Hollywood-style action thrillers are concerned. It is a white-knuckle adrenaline-pumping thrill ride from start to finish, accompanied with poignant human drama and top-notch performances by both Jay and Nicholas. Indeed, it is well-deserving of all the superlatives we have lavished on it thus far, and if you don’t remember all of them, then just remember to make this your must-see movie of this Chinese New Year.

(A perfect combination of high-octane action, poignant human drama and first-rate acting by both Jay and Nicholas, this big-budget action thriller is the first must-see movie of the year and a pure thrill of joy for action fans!) 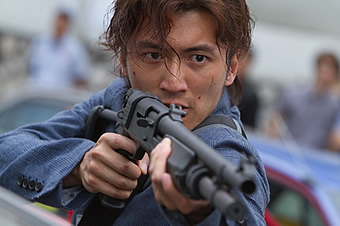 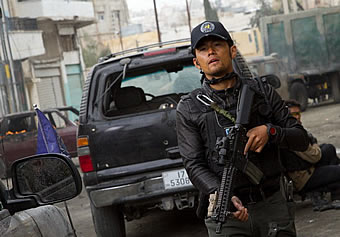 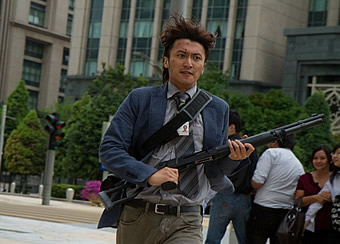 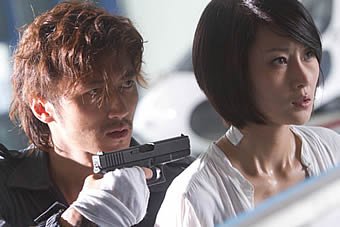