Synopsis: The compilation of the Oxford English Dictionary began in 1857 and was one of the most ambitious, and revolutionary projects ever undertaken. Based on the worldwide bestselling novel by Simon Winchester, THE PROFESSOR AND THE MADMAN is an extraordinary true tale of madness, genius, and obsession about two remarkable men who created history with the writing of the Oxford English Dictionary… Professor James Murray (Mel Gibson) took on the challenge of creating the most comprehensive dictionary ever compiled, by “crowd sourcing” the work. During the process, the committee, led by Professor Murray, discovered that one man, Dr. W.C. Minor (Sean Penn), had submitted more than ten thousand words. When the committee insisted on honoring him, a shocking truth came to light…

If you’ve heard of the movie ‘The Professor and the Madman’, you’d probably have read about its legal tangles that have delayed its release three years after shooting wrapped. Not only has Mel Gibson disavowed the movie, despite it being a passion project for him when it was first announced, its writer and director Farhad Safinia has also had his name scrubbed from it, so much so that the credits read that one P.B. Shemran is its helmer. Yet for all that negative publicity, this chronicle of the unlikely friendship between a Scottish autodidact and a PTSD-suffering American war veteran that unfolded against the backdrop of the compilation of the Oxford English Dictionary is still an intriguing, even if not particularly inspiring, watch.

The said Scottish autodidact is Sir James Murray (Gibson), a self-taught man fluent in numerous languages who was appointed to take over the stalled editorship of the OED; but though formally awarded the position, James had to contend with the snobbery of Oxford’s elite, namely its board member Benjamin Jowett (Anthony Andrews) and his lackey Lyttelton Gell (Laurence Fox). The task at hand was a mammoth one – just consider that it eventually took 70 years for the OED to be completed, even as James estimated it would take him seven – and simply impossible to be accomplished by any number of assistants, so James decides to appeal to the public to write in with their contributions, i.e. to build a dictionary by democracy.

That request for volunteers happens to reach the US war veteran William Chester Minor (Sean Penn), imprisoned at Broadmoor psychiatric hospital for mistakenly murdering an innocent man whom he thought was chasing him. At the hospital, Minor is placed under the care of Richard Brayne (Stephen Dillane), whose experimental methods of invasive treatment were questionable to say the very least. But before Brayne decides to employ his methods on Minor, the latter is given a fair degree of privileges after saving a young guard’s life, which includes having access to countless books that he relies on to help James research the evolution of certain words in the 17th and 18th century.

On that premise alone, it isn’t difficult to guess why there was considerable interest to turn the novel by Simon Winchester, on which this movie is based upon, into a film. Besides the fascinating circumstances under which James and Minor came to make each other’s acquaintance, there is also potential for a deeply poignant finish, what with James personally fighting to get Minor released from detention. Even without knowing just how different Safinia’s own version of the story would be, we dare say the one presented onscreen is still compelling in own right, elucidating not just the bond that formed between the pair but also the moral quandary which James found himself in when confronted with how Minor was being treated.

Yet equally, this could have been a much stronger telling had the narrative focused itself more squarely on the two men; instead, it gets distracted portraying just how Minor ended up in his sad predicament, and his sincere wish to make things right with the widow of the man whom he had wrongfully taken the life of. In particular, much time is spent developing the animosity which Eliza Merett (Natalie Dormer) feels towards Minor, that slowly evolves into gratitude when Minor donates his pension to her to look after the kids, and finally into forgiveness and even love. As much as Eliza’s testimony had helped secure Minor’s release at the end, we’d much rather that the movie had focused more squarely on James and Minor, even if it means turning the picture into pretty much a two-hander between Gibson and Penn.

Thanks to both Gibson and Penn, there is hardly a dull moment in the film. Penn sometimes goes overboard screaming, trembling and pulsing the veins out of his neck but he is still compulsively watchable even when playing to the gallery. On the other hand, Gibson turns in a surprisingly restrained performance as James, always retaining his dignity even when those around him plot and scheme and connive. This is quite unlike the brash characters which we had grown up watching Gibson play, but it’s nice to see the once ‘Lethal Weapon’ star mellow and turn in a dignified late-career type act that nicely complements Penn.

So even if there certainly is room to strengthen the storytelling, ‘The Professor and the Madman’ still manages to be an engaging watch on the strength of the story per se. As tempting as the comparison may be, you’d be pleased to know that watching the story of how the OED came about is a lot more interesting than reading the OED itself. It’s somewhat unfortunate therefore that the movie has languished so long in ignominy; indeed, if the producers had a little more faith in both Gibson and Sarfinia, we suspect the reception would probably have been a lot less muted. Still, it is a well-acted prestige picture that is deserving of much more recognition, and if anything, watch it for the rare chance of seeing both Gibson and Penn together in the same movie.

(Ignore the bad press that came before it; there is a genuinely intriguing story here, as well as a pair of strong performances from Mel Gibson and Sean Penn, that make for a surprisingly fascinating watch) 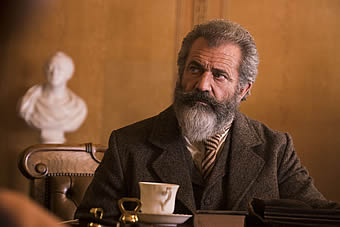 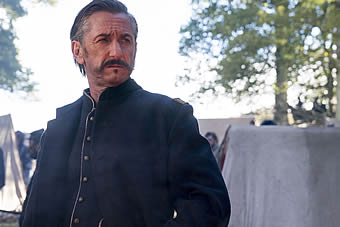 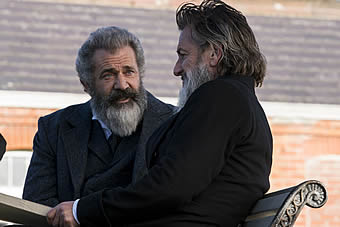 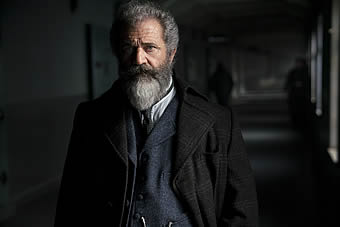 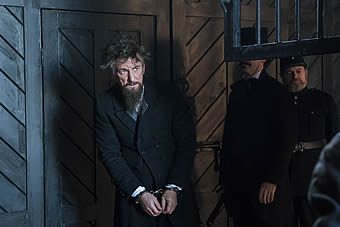 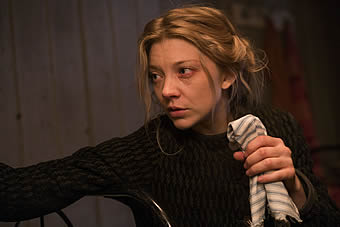