Synopsis: When Thomas wakes up trapped in a massive maze with a group of other boys, he has no memory of the outside world other than strange dreams about a mysterious organization known as W.C.K.D. Only by piecing together fragments of his past with clues he discovers in the maze can Thomas hope to uncover his true purpose and a way to escape. Based upon the best-selling novel by James Dashner.

There has been a recent wave of movies adapted from Young Adult (YA) literature, containing similar settings and characters. Dystopian society – check (The Hunger Games and The Giver). Teenagers abandoned in a fight or die arena – check (The Hunger Games). Main character finds himself/herself thrown into a new world – check (The Mortal Instruments). With such tough competition, the Maze Runner is given a difficult task to move away from the rest of the YA movies and shine.

On paper, The Maze Runner sounds similar to the hugely popular The Hunger Games series, where teenagers are sacrificed by the adult controllers, and thrown into an arena or maze without any assurance of survival. That said, the similarities end there. Instead of hunting each other down, the emphasis on cooperation and living in a cohesive society can be seen in The Maze Runner, which puts the movie in good stead of differentiating itself.

Like the film’s main lead, Thomas (Dylan O’Brien), the audience is plunged into darkness as the film starts. Coupled with the shaky camera, flashing lights and clanking of machinery, the film attempts to make the audience feel Thomas’ disorientation and fear, before the cage Thomas is trapped in comes to a grinding halt. Thomas is ‘retrieved’ from the cage by a group of hostile, rowdy boys, and is welcomed to the Glade by being thrown to another cage.

Fans of the book might be disappointed as the film apparently departs a fair bit from the original. This writer has not read the original, and has no idea what the movie was about except for the information provided by the trailer. Being thrust into this new world like Thomas, it was admittedly hard to keep up with the terms used (e.g. “Grievers”, “Gladers”, etc.). However, the fast pace of the movie meant that what was lost through the quick dialogue and name-dropping was quickly learnt during the film (spoiler: Grievers are oversized mechanical spider-like creatures), as the series of events quickly familiarises the viewer with the world within the Glade.

The society within the Glade was emphasised right at the start, with the typical characters to be expected for a film containing such a large number of men-boys. Alby (Aml Ameen) is the magnetic, de-facto leader, and first person to ever inhibit the Glade. Newt (Thomas Brodie-Sangster) is second in command, who was thrown out of power when Gally (Will Poulter) usurps the power in the Glade. Lastly, there is also the protagonist’s sidekick – Chuck (Blake Cooper). The actors were convincing in their roles but not outstanding, perhaps except for Newt. Brodie-Sangster’s portrayal of Newt’s weakness and lack of confidence as a new leader was commendable, especially when the character was first thrust into power and caught between Gally and Thomas. There is also character development, noticeably in Minho, shown to forsake his friends right at the start, and ends up saving Thomas eventually.

O’Brien’s protagonist is then, unexpectedly, the most predictable of the lot – the game-changing, hot-headed newcomer to the Glade. Thomas is central to the story right from the start, questioning conventions, being the only person Teresa (Kaya Scodelario) knows, and finally, leading the Gladers to conquer the maze. Without such a figure tearing apart social norms, the story would admittedly not progress and the movie would not reach its conclusion. However, this is no excuse for O’Brien’s lack of emotions in the character. The only girl of the male-dominated Glade, Teresa, lacks screen time, but holds her ground whenever she is given the opportunity to, which is appreciated in a film overcrowded by male teenagers.

Not to discount YA literature (this writer is a fan of YA fiction), but parts of the film does seem clichéd at times, with jokes targeted at a younger audience. Thankfully, the film’s fast-moving plot and storyline does more than make up for this, leaving the audience at the edges of their seats, not knowing what will turn up at the next corner (literally and figuratively).

Towards the end of the film, the film asks questions of which is a wiser choice – staying in familiar territory or exploring unchartered waters. While there are no prizes for guessing which option is the preferred one here, the more pertinent question is what lies beyond the maze, bringing into mind a quote from the Hunger Games, “there are worse games to play”. The characters do not get to find out, and the end of the film also unabashedly advertises for its sequel, The Scorch Trials, which is currently in pre-production.

(The film’s main draw is the new world of the Glade, constructed through the fast-paced storyline and the different characters present, saving the film from being boring and predictable) 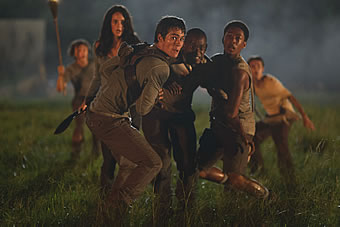 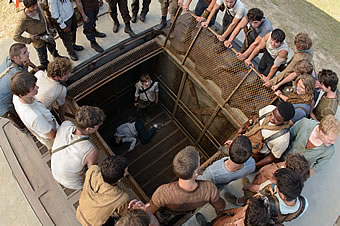 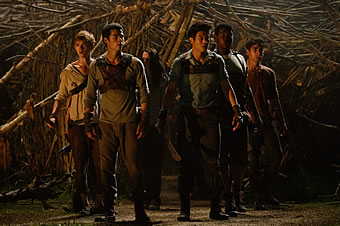 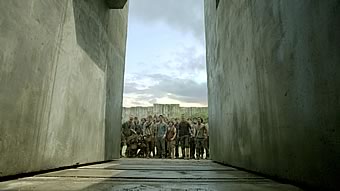 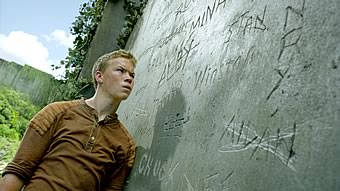