Synopsis: Tormented by the loss of his family and cursed with immortal life, the last witch hunter (Vin Diesel) is all that stands between humanity and the combined forces of the most horrifying witches in history. The fate of the human race hangs in the balance when a queen witch rises from the dead, seeking revenge against the immortal warrior (Diesel) who slayed her centuries ago.

Every studio wants a franchise with just about the hottest star in Hollywood right now, which explains why Sony is re-starting their ‘xXx’ series and Summit is spending close to $100 million on this modern-day fantasy actioner. Besides starring as the titular witch hunter Kaulder, Vin Diesel is also producing the movie through his One Race Films banner, which imagines the chrome-domed action star as a 14th century grieving father who through hunting the queen witch responsible for the plague upon his village is gifted (or cursed) with immortality and is therefore able to live through the centuries to present-day New York.

As narrative convention would have it, Kaulder will do battle yet again with the Queen Witch (Julie Engelbrecht) at the final showdown, which also means the rest of the movie is pretty much about how she comes back to life. By a script from Cory Goodman, Matt Sazama and Burk Sharpless, that resurrection begins with the “death” of Kaulder’s friend and handler Dolan the 36th (Michael Caine) on the very night he hands over responsibility to the 37th Dolan (Elijah Wood), which leads him on a pursuit of a powerful witch named Belial (Ólafur Darri Ólafsson) who had placed the senior Dolan under a dark magic spell and a race against time to not only save Father Dolan but also stop Belial from bringing back to life Kaulder’s accursed foe from whose apparent death he gained life forever.

Along the way, we are acquainted with the secret brotherhood known as the ‘Axe and Cross’ whom Kaulder does the dirty work of apprehending wayward witches for, as well as the fact that witches are not all bad, especially one with the power to enter people’s dreams (known as a ‘dream walker’) named Chloe (Rose Leslie) whom Kaulder will team up with eventually to defeat the Queen Witch. Except for a final plot twist that feels less organic than obligatory, most of the movie pretty much unfolds without any surprises, whether how Kaulder is in fact a key element for the Queen Witch’s return or how the former will be stripped of his immortality just before the climactic fight just to set the stakes higher.

Like most fantasy adventures, this one starts off intriguing before falling back to more pedestrian territory, notwithstanding its modern-day setting which uses Pittsburgh as a stand-in for the dark grimy alleys of New York City. Yes, as interesting as the passing of the baton from one Dolan to another or the Axe and Cross brotherhood may sound, both could do with a lot more texture in order to make them integral to the central narrative; as it stands, both are no more than curious sideshows that are somewhat forgotten once Kaulder starts chasing Belial’s tail, or for that matter once Kaulder’s quest gets not quite so lonely with Chloe tagging along for sport.

On his part, director Breck Eisner keeps the proceedings fairly brisk to distract his audience from the shortcomings of Goodman’s script, orchestrating one CGI-heavy setpiece after another to sustain what magic he has going in the first place. Few however are outstanding in and of themselves – the fact that most take place against dimly lit locations as is de rigueur for the genre doesn’t help, especially since d.p. Dean Semler has a penchant for moving his cameras as the action unfolds – such that the one which makes an impression is in fact the most brightly lit sequence of all set in a bar which Chloe owns that Kaulder visits in order to “remember [his] death”, according to a cryptic clue which Father Dolan leaves behind just before he is ambushed.

Yet, if there is one thing that Eisner does get right, it is not to take the shenanigans too seriously. There is a more than a hint of cheese in the whole modern-day sorcery premise, but Eisner overcomes that with occasional doses of wry self-aware humour. Despite being centuries old, there is a nice irony in how Kaulder persuades Father Dolan to switch his leather-bound notebook for an iPad. Though they share only a couple of scenes together, Diesel and Caine share a warm rapport that is arguably more enjoyable than his interactions with Chloe. Kaulder’s scenes with the younger Dolan are also amusing in their own way, especially in how the former schools the latter on the tools and tricks of the witch-hunting trade.

But of course, front and centre in each and every one of the scenes is the 48-year-old Diesel, who is coming off a new career high with the runaway success of the recent ‘Fast and Furious’ movies. Diesel’s charisma here is unquestionable, and he brings attitude, poise and pizazz to a role that demands each of these characteristics. As a potential start to a franchise, ‘The Last Witch Hunter’ is entertaining enough without being groundbreaking or spectacular on its own; and yet insofar as it is meant to be a franchise vehicle for Diesel, it has at least succeeded by creating an appealing character built on the actor’s brawns and charm – which, for his fans, is likely to be more than enough.

(Vin Diesel brings his trademark attitude, poise and pizazz to the titular role of a franchise starter that is good enough for an entertaining diversion but nothing much more)

THE SORCERER'S APPRENTICE (2010)
Back 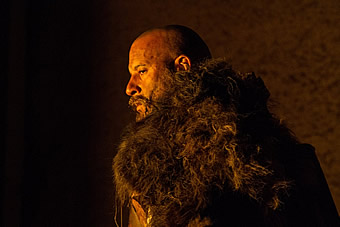 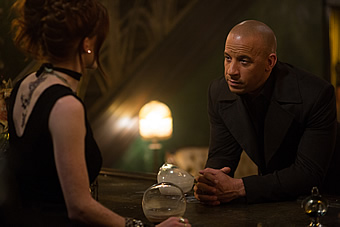 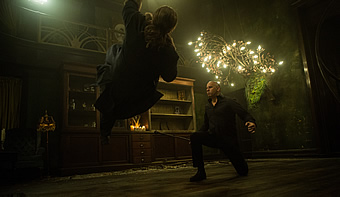