Synopsis: “The Hobbit: The Battle of the Five Armies” brings to an epic conclusion the adventures of Bilbo Baggins, Thorin Oakenshield and the Company of Dwarves. Having reclaimed their homeland from the Dragon Smaug, the Company has unwittingly unleashed a deadly force into the world. Enraged, Smaug rains his fiery wrath down upon the defenseless men, women and children of Lake-town. Obsessed above all else with his reclaimed treasure, Thorin sacrifices friendship and honor to hoard it as Bilbo’s frantic attempts to make him see reason drive the Hobbit towards a desperate and dangerous choice. But there are even greater dangers ahead. Unseen by any but the Wizard Gandalf, the great enemy Sauron has sent forth legions of Orcs in a stealth attack upon the Lonely Mountain. As darkness converges on their escalating conflict, the races of Dwarves, Elves and Men must decide – unite or be destroyed. Bilbo finds himself fighting for his life and the lives of his friends in the epic Battle of the Five Armies, as the future of Middle-earth hangs in the balance.

*Warning: This review comes with spoilers, read at your own risk*

If you’ve not watched the first two films in The Hobbit series, the beginning of The Hobbit: The Battle of the Five Armies would be a little confusing for you. Rather than a beginning of a new film, it is more like the ending of the previous film where Smaug the Dragon is finally killed by Bard with the Black Arrow. Jackson’s tying up of other loose ends, such as Gandalf’s rescue by Galadriel, would also likely further confuse those who missed the earlier films. This was made clear to me when a lady, sitting two seats away from me, kept asking her boyfriend for the backstories to these events/moments.

However, to those who’ve watched the earlier The Hobbit films, those moments were long overdue and very much anticipated (I’m sure everyone was just waiting to see Bard kill Smaug with that Black Arrow). Kudos to Jackson for being able to play up these predictable moments and carry the audience along through appropriate use of music (the tone of the music serves as a great indicator of whether something is lurking in the background or all is really well), well-written lines and tight pacing. Bard’s desperation to defend his home and keep his children safe is felt as Bard fires arrow after arrow at Smaug but fails to pierce him. You can’t help but feel fear for him even though you know that he’s definitely going to kill Smaug.

As jarring as it might be initially for those who missed the previous film or forgot what happened, the audience is quickly swept up and becomes engrossed in the film. Lady who was two seats away from me, stopped her questions very shortly into the film and started gasping and going “Oh no!” at moments when the principal characters were in danger.

It takes a while to build up to the epic battle, which the title makes reference to, but it is worth the wait. If you’ve seen the earlier The Lord of the Rings films and battle scenes, you will know Jackson is a master of such large scale battles. He sets out the terrain of the battle carefully and the audience can fully grasp where each pocket of fighting is taking place against the backdrop of the battle. The camerawork is steady and each cut is meaningful and not rapid fire. Practically every sword clanging moment is discernible and Jackson adjusts the pacing based on the character he is focusing on. When the focus is Thranduil, there is a gentle pause as snow falls around him elegantly as befitting of the mighty elf king of Mirkwood before he swiftly cuts down all in his path. With Dáin, Thorin’s cousin, it’s a different pace altogether as the fearless king of Erebor charges straight into battle without a care.

Despite the clear reference to Bilbo, this film is really more of the story of Thorin Oakenshield, a great dwarf king who fell prey to greed but who became even greater for being able to shake off that greed and rise up to the occasion. That Jackson does not cling onto notions of having to have Bilbo have the most screen time because of this being a The Hobbit pays off. Characters’ tale, such as that of Bard’s, the love triangle between Tauriel, Legolas and Kili, are given proper development, rewarding the audience for its investment in these characters. On Bilbo’s part, he plays a central and pivotal secondary role that is, thankfully, not dragged out. Given that Jackson doesn’t cling onto any characters, be prepared for the death of some beloved characters.

(A film that wraps up the last of the Hobbit trilogy elegantly and connects the two Tolkien trilogies together, this film is a must-watch for all Tolkien fans)

THE HOBBIT: THE BATTLE OF THE FIVE ARMIES - ORIGINAL MOTION PICTURE SOUNDTRACK (2014)
Back 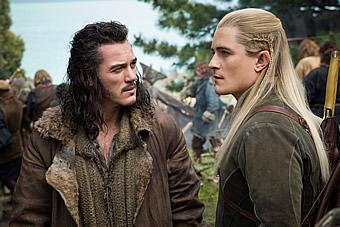 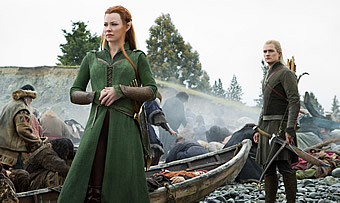 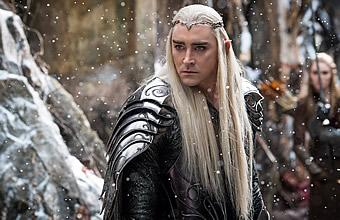 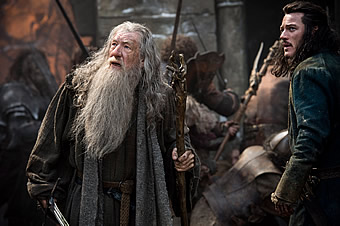 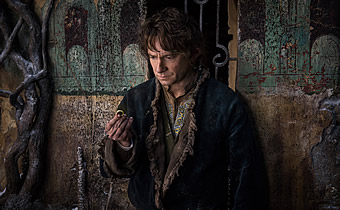