Synopsis: From writer/director Guy Ritchie comes THE GENTLEMEN, a star-studded sophisticated action comedy. THE GENTLEMEN follows American expat Mickey Pearson (Matthew McConaughey) who built a highly profitable marijuana empire in London. When word gets out that he’s looking to cash out of the business forever it triggers plots, schemes, bribery and blackmail in an attempt to steal his domain out from under him (featuring an all-star ensemble cast including Charlie Hunnam, Henry Golding, Michelle Dockery, Jeremy Strong, Eddie Marsan, Colin Farrell, and Hugh Grant).

Before he was off making such blockbuster fare as ‘Sherlock Holmes’, ‘King Arthur’ and last summer’s ‘Aladdin’, Guy Ritchie was busy writing and directing scruffy gangster flicks studded with colorful characters played by name actors. His latest shows that Ritchie has not lost any of those sensibilities, parlaying them into a rowdy, rambunctious and sometimes rude crime caper that makes for a great deal of chatty and bloody fun.

Anchoring the ensemble is Matthew McConaughey’s American expat Mickey Pearson, the kingpin of a successful marijuana empire who grows and distributes his own product from out of shipping containers placed on the country estates of down-on-their-luck aristocrats. Now happily married to his own ‘Cockney Cleopatra’ (Michelle Dockery), Mickey is looking to retire early and sell his business to another Yank named Matthew Berger (Jeremy Strong).

Not surprisingly, getting out isn’t quite so simple, and among the complications are a ‘Chinaman’ nicknamed Dry Eye (Henry Golding), a group of scrappy tracksuit-wearing rappers/ boxers as well as their well-mannered boxing coach (Colin Farrell), and a sleazy tabloid journalist named Fletcher (Hugh Grant). In fact, the entire story is framed as a lengthy encounter between Fletcher and Mickey’s right-hand man Ray (Charlie Hunnam), with the former threatening to divulge his knowledge of their operation in the form of a screenplay.

It is meta all right, and Ritchie, who co-wrote the movie, is clearly having fun espousing his love for 35-millimeter celluloid and taking jabs at Francis Ford Coppola’s ‘The Conversation’; in fact, the movie-within-a-movie conceit even culminates with Fletcher presenting his screenplay to a Harvey Weinstein-like mogul of Miramax. Ritchie is also visibly having a field day with his usual bag of storytelling tricks such as rewinds and alternative narrative splinters, with such personalities as a vengeful editor (Eddie Marsan) of a tabloid called The Daily Print, a Chinatown gang boss named Lord George (Tony Wu) and a Vietnamese thug named Phuc (Jason Wong).

In typical Ritchie fashion, the humour is intentionally incorrect – not only are there racist jokes (like how Phuc sounds like an English-language profanity) and homoerotic hijinks (like how Fletcher cannot resist putting his hands on Ray’s thighs), there is also a bit about an indiscretion committed towards a farmyard animal (which thankfully isn’t shown in any graphic detail). Oh yes, Ritchie doesn’t care about your delicate sensibilities, but those who lap up his Cockney style will certainly enjoy the brash filmmaking on display.

There are also the performances to revel in, including an absolutely debonair McConaughey, a charmingly straight-laced Hunnam, a suitably brassy Golding, a hilariously indisposed Farrell and a pleasurably sleazy Grant. Each of the cast members have been specifically chosen for their respective parts, and every one plays their role to the hilt; if we had one gripe, it is that the only substantive female role here is that of Mickey’s wife, and even then it is admittedly still a minor character in the larger scheme of things.

Even though he’s moved into the blockbuster league, ‘The Gentlemen’ finds Ritchie clearly relishing the return to familiar ground. It is a throwback all right, a return to the sort of genre fare that made his name in the late 1990s and early 2000s, and one that fans of his garrulous gangster pictures like ‘Snatch’ and ‘Lock, Stock and Two Smoking Barrels’ will gleefully embrace. It doesn’t hurt of course that he has such a game cast willing to act naughty, talk dirty and shoot first, and as long as you’re in the mood for some foul-mouthed fun, we’re confident you’ll enjoy being in the company of these crooks.

(As foul, fun and fascinating as his earlier Brit gangster pictures, 'The Gentlemen' is a delightful return to familiar ground for Guy Ritchie) 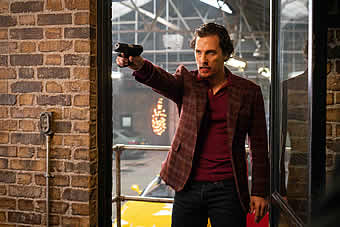 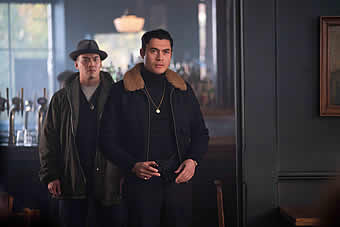 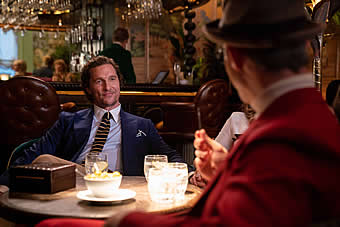 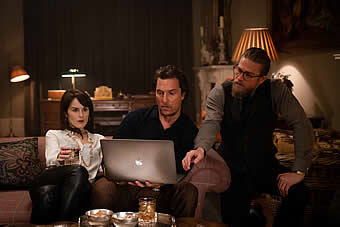 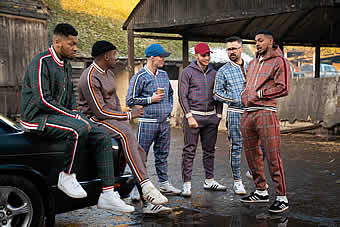