Synopsis: In 1989, emergency responders received a 9-1-1 call from Maria Rossi (Suzan Crowley) confessing that she had brutally killed three people.  20 years later, her daughter Isabella (Fernanda Andrade) seeks to understand the truth about what happened that night.  She travels to the Centrino Hospital for the Criminally Insane in Italy where her mother has been locked away to determine if her mother is mentally ill or demonically possessed.  When she recruits two young exorcists (Simon Quarterman and Evan Helmuth) to cure her mom using unconventional methods combining both science and religion, they come face-to-face with pure evil in the form of four powerful demons possessing Maria. Many have been possessed by one; only one has been possessed by many.

Considering the phenomenal success of the ‘Paranormal Activity’ franchise, it should come as no surprise that similar found-footage scare pictures should surface like the plague in recent years- and this made-on-the-cheap (i.e. the movie costs less than a million dollars to make) horror follows in the footsteps of ‘The Last Exorcism’ by applying a faux-documentary style to the exorcist-movie genre.  Unlike its similar low-budget predecessor however, this latest attempt at injecting verisimilitude into an oft-misunderstood Catholic rite isn’t quite as successful.

Opening with an intriguing blend of newscast footage and crime-scene videos, Bell skips over the events that follow the brutal slaying of three exorcists by suburban mom and housewife Maria Rossi (Suzan Crowley) in 1989 and proceed straight into 2009 where her daughter Isabella (Fernanda Andrade), still traumatised from the incident, heads to Rome to find out the truth. Of course, a cameraman- Michael (Ionut Grama)- is in tow, with little reason beyond which to supply the point of view from which the movie unfolds.

There in Rome, Isabella gets the incredible opportunity of sitting in a class by the Vatican School of Exorcism where she meets the two said priests- Ben (Simon Quarterman) and David (Evan Helmuth). They express conviction in the occurrence of demonic possession where their peers have only scepticism, and to convince Isabella, decide to let her watch an exorcism in progress. In the confines of the dark basement, Ben and David supposedly banish the demon from a tormented young woman (Bonnie Morgan and her credited contortionist Pixie Le Knot) in what passes as the most terrifying sequence in the movie.

From just watching a videotape of Isabella’s encounter with her mother at the mental hospital, Ben decides to go ahead- rather impetuously if you ask us- with an exorcism, despite David’s reservations about doing so without a more thorough investigation. Bell would have us believe that Ben and David can conduct an exorcism right in the hospital with all the scientific equipment these medically trained priests need- never mind that given the Vatican’s strict watch on exorcisms, performing one would probably require much higher level authorisation.

Obviously things go awry, resulting in what is apparently called ‘transference’- basically a hokey way of saying that the demon goes from one person to another. The last half hour of this thankfully brief movie shifts its focus from Maria to the consequent effect on David and Isabella, trying its frenetic best to sustain a riveting pace before crashing (and we mean this literally) to an end. If logic and reason are already in short shrift during the first hour, they are thrown out the window within these last 20 mins- no spoilers here for those who still intend to satisfy their craving for some horror, but we’d just warn you to prepare yourself for an abrupt and rather frustrating climax.

Perhaps even more annoying is how the filmmakers have made their audience put up with the nausea-inducing handheld format de rigueur for a found-footage movie without bringing the necessary realism into the proceedings- even more glaring for some technically impossible shots that can’t ever be done on a handheld camera. The phoniness extends to Isabella too, who seems way too calm and composed for someone who’s never seen her mother in two decades and then reacts to her possession as if she’s seen it countless times before.

Despite some effectively low-key scary moments, this found-footage exorcism horror doesn’t bring anything new to the table. Aversion to holy objects, speaking in foreign languages, preternatural movement and strength- we’ve seen all that before and much more effectively in other genre pictures. There’s also little case for the found-footage format it adopts either, given the cavalier way in which the film regards realism. Beginning with the self-serious advice that ‘The Vatican did not endorse this film nor aid in its completion’, it is understandable why the Church did not want itself associated with the movie- and let’s just say it was a wise decision after all.

(Despite some effective low-key scares, this found-footage exorcism horror undermines itself by throwing realism out the window) 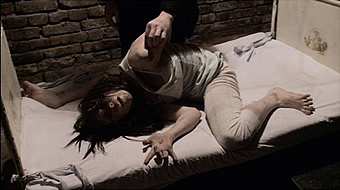 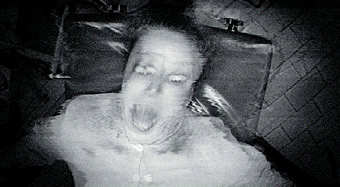 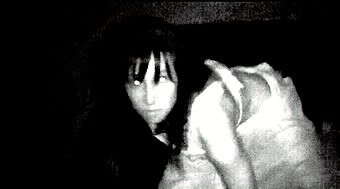 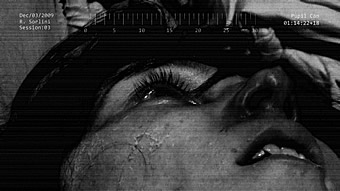 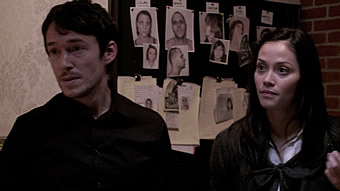 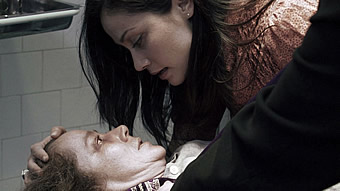