If there was anyone who could top ‘The Dark Knight’, it would have to be Christopher Nolan himself. It’s no small feat even for the masterful director - not least for the fact that it would have been difficult to construct a villain as perfect as the late Heath Ledger’s Joker – but fans who ever doubted if Nolan would be able to pull it off can now rest easy. Not only is the answer to that question an affirmative yes, Nolan closes quite possibly the very best comic-book adaptation ever with a heart-stopping bang, once and for all putting his stamp on the Batman legend with a viscerally thrilling and emotionally gripping conclusion.

Familiarity with the Gotham universe and the Bruce Wayne/ Batman character that Nolan had built over the course of ‘Batman Begins’ and ‘The Dark Knight’ is a must if one were to truly appreciate and admire the subtleties, nuances and brilliance of this trilogy capper. For the benefit of the uninitiated, Batman literally began as a broken man - eternally haunted by the death of his parents when he was just a young boy - finds purpose and meaning through defending the city of his birth from the forces of anarchy. Then in ‘The Dark Knight’, Batman’s methods of vigilantism were called into question by none other than the Joker himself, with the caped crusader eventually sacrificing his name for a greater good.

Opening eight years after Batman disappeared into the shadows carrying the burden of District Attorney Harvey Dent’s murder, Nolan and his co-screenwriter Johnathan Nolan paint a Gotham still living a lie. While Dent’s legacy has assisted the city to lock up its criminals without trial, the seeds of criminalism are evident- after all, Gotham has once again been divided by class, with the wealthy controlling the institutions of power and the poor forced to grovel in the sewers. Those who recall ‘Batman Begins’ will certainly draw the parallels with Gotham before Batman’s appearance, the very societal malaise perfect fodder for Ra’s al Ghul and his League of Shadows’ plan of destruction then.

Of course, the similarities are no coincidence- Batman’s adversary here is the vicious mercenary Bane (Tom Hardy), who was a student of the League of Shadows before he was ex-communicated from the organisation for being even too extremist for them. Sure, Bane may not be as familiar a villain within the Batman universe as the Joker, but a sensationally exhilarating mid-air hijack sequence will soon demonstrate that Bane isn’t kidding when he proclaims himself as ‘Gotham’s reckoning’. Not only an intellectual equal to Batman, Bane is also physically superior, especially given Bruce’s poor state of health following his self-imposed seclusion in the eight years that have followed.

Bane’s strategy of upending the class inequality will intrigue and delight the more cerebral viewers (read: those who spent hours debating over the logic in Nolan’s last movie ‘Inception’), while his physicality will excite the adrenaline-driven (and predominantly male) viewer looking for some good-old mano-a-mano action goodness. Herein lies the genius of Nolan’s films- built as they may be for blockbuster spectacle, they have always had an intellectual slant, never dumbed down just to cater to the masses, and ‘The Dark Knight Rises’ is no different. The realities of our capitalist societies have been distilled and crystallised into that of Gotham, and the triggers of class warfare laid bare for our reflection.

Even as it feels expansive in scope, Nolan never loses sight of his titular character. This is by far his most intimate take on Bruce Wayne/ Batman, returning full circle to examine Wayne’s motivations for adopting the alter-ego in the first place as well as his inner demons. In particular, Nolan reinforces the relationship between Batman and his two guardians- the loyal Wayne family butler Alfred Pennyworth (Michael Caine) and the equally loyal Wayne Enterprises employee Lucius Fox (Morgan Freeman). Some of the most poignant scenes in the movie belong to Alfred’s exhortation for Bruce to put aside his alter-ego once and for all- ‘I will not bury another member of the Wayne family’, says Alfred, and only the hardest of hearts will not be moved by that heartbreaking plea.

Besides casting light on Wayne’s troubled soul, Nolan also delves once again into the core of the Batman legend. He established Batman as a symbol of hope and justice before, and here he powerfully reaffirms that notion of the caped crusader as a beacon of promise and perseverance amidst a fallen world. ‘The Batman can be anyone’, says Bruce Wayne in the movie- and Nolan leaves that statement ringing in your mind with a franchise feeder of an ending and a nifty twist to one of the key new characters he adds.

We won’t spoil the surprise by revealing which one it is, but suffice to say that Nolan introduces three interesting supporting acts here – the cat burglar Selina Kyle (Anne Hathaway), the beautiful philanthropist Miranda Tate (Marion Cotillard), and the idealistic young police officer John Blake (Joseph Gordon-Levitt). The plotting here is nothing short of remarkable, and the story unfolds in ways that you never imagine, weaving together these new characters with familiar faces (including cameos of characters from previous instalments). Especially worthy of mention is how Batman and Selina’s fates (we hesitate from using her moniker ‘Catwoman’ since it’s never mentioned at all in the film) are so closely intertwined from start to finish, topped off with a burst of emotion that will have you cheering.

Whether returning or new characters, all but Anne Hathaway have worked with Nolan previously, and every one of these fine actors are in top form here. Hathaway’s zestful performance brings some welcome levity into the otherwise grim and brooding proceedings, and Levitt perfectly embodies the balance of optimism and pragmatism of his character. As Bane, Tom Hardy is unfortunately saddled with the bane (pun intended) of following in the shoes of Heath Ledger- and though he never manages to make his character quite as iconic, he is nevertheless a fearsome and formidable physical presence onscreen. Veteran actors Gary Oldman (as Commissioner Gordon), Freeman and Caine are excellent as always, but it is Bale who carries the show with a thoroughly committed, haunting and hypnotic portrayal of Bruce Wayne.

Mesmerising too is Nolan’s handling of the action scenes in the movie, most of which are filmed with IMAX cameras and look absolutely stunning in the format. From the opening skyjacking to blowing up a football field in the middle of a packed stadium to a daring mid-day raid on the Stock Exchange, Nolan spares nothing in ensuring that the action is consistently riveting. It is also never less than realistic, a quality that Nolan has managed to sustain through every one of his Batman films. And together with his regular d.p. Wally Pfister, Nolan creates a scarily authentic portrait of urban warfare complete with the collapse of physical and social structures.

Indeed, as one looks back at Nolan’s trilogy, one can only marvel at how he has managed to make the Batman universe so relevant and prescient to our real world. Unlike the Marvel movies which has kept the comic book universe intact while injecting real-world elements, Nolan has so beautifully integrated the twin universes together, sacrificing neither the legend from the books nor the realities of today’s society. ‘The Dark Knight Rises’ is an epic conclusion all right, packed with action, emotion, depth and symbolism, and a must-see simply because it is one of the very best films of the year.

(Rising above the weight of even the loftiest of audience expectations, Christopher Nolan’s capper to his Batman trilogy packs exhilarating action and poignant emotion in equal measure- and qualifies as one of the finest examples of intelligent blockbuster entertainment) 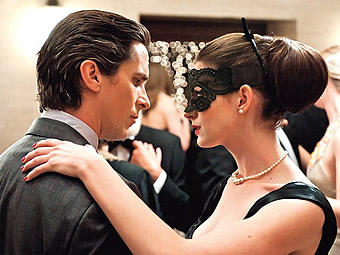 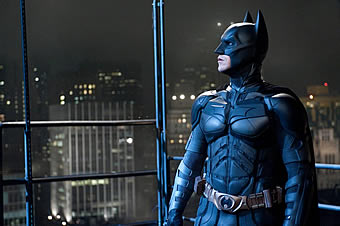 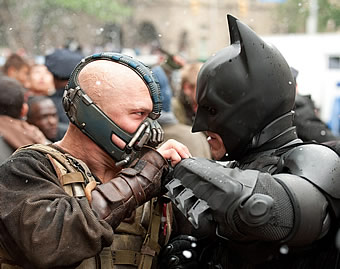 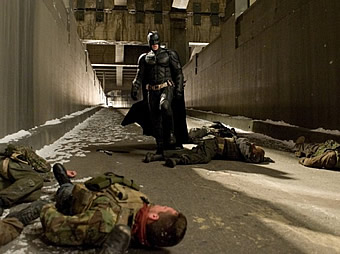 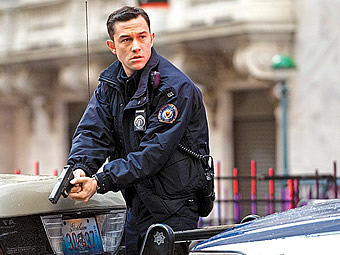 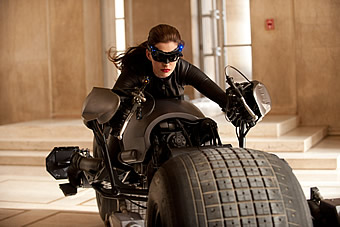