Synopsis: The narrative architect behind the Bourne film series, Tony Gilroy, takes the helm in the next chapter of the hugely popular espionage franchise that has earned almost $1 billion at the global box office: The Bourne Legacy. The writer/director expands the Bourne universe created by Robert Ludlum with an original story that introduces us to a new hero (Jeremy Renner) whose life-or-death stakes have been triggered by the events of the first three films. For The Bourne Legacy, Renner joins fellow series newcomers Rachel Weisz, Edward Norton, Stacy Keach and Oscar Isaac, while franchise veterans Albert Finney, Joan Allen, David Strathairn and Scott Glenn reprise their roles.

To find an actor in place of Matt Damon as Jason Bourne was going to be close to impossible, so series writer Tony Gilroy did the next best thing – he created a Bourne-like agent in the form of Aaron Cross, and cast character actor Jeremy Renner in that role. Not only that, to leave room for the possibility of Matt Damon’s return, Gilroy created what we would call a ‘side-quel’ – in other words, a movie whose events unfold in parallel with that in the last Bourne movie with Damon, ‘The Bourne Ultimatum’.

It’s a good premise we’d have to admit, but Gilroy here makes one misstep – he decided to take over the reins from Paul Greengrass as director. Oh don’t get us wrong, the veteran writer who first ventured into the director’s seat with the critically acclaimed ‘Michael Clayton’ and then the playful ‘Duplicity’ is a capable director in his own right, but his inclination for exposition as well as his lack of experience in crafting the sort of tense action that audiences have come to expect from any respectable Bourne film prove to be this ‘Legacy’s’ weakest spots.

Indeed, one of the key reasons why the Bourne films have been so compelling was Doug Liman’s (who directed the first ‘Bourne Identity’) and Greengrass’ ability to tell an intriguing espionage story within the context of a traditional action movie, paring down the narrative to its essentials so the overall film moves at a lean brisk pace. Gilroy however clearly favours plot over action, and while that isn’t a bad thing in itself, it becomes so when it’s clear what story (scripted by Tony Gilroy together with his brother Dan) there is has little to add to the Bourne universe beyond what was already established in the earlier films.

So once again, Cross goes on the defensive as the CIA tries to shut down one of its programmes, fearing the backlash that will no doubt follow if it were leaked to the public. The connection to Bourne? ‘Outcome’ was a companion programme to ‘Treadstone’, though genetic modification was applied only on the former. Narrowly escaping a drone attack ordered by the Agency on a remote Alaskan bunker, Cross returns to the United States to find his genetic meds he believes are crucial to his survival – blue for brain functioning and green for athletic performance.

Help once again lies in a lady whom he will develop a connection towards by the end of the film – a certain Dr Marta Shearing (Rachel Wesiz), who herself had a harrowing escape from her ex-colleague programmed to kill all scientists with knowledge of ‘Outcome’ (and a word of caution that this particular shooting scene might offend some sensitivities given the two recent real-life shootings in the United States). Beneath a lot of talk about how super-soldiers like Cross can be created by the interaction of viruses, chromosomes and mitochondria is really a straight-forward chase film where Cross and Shearing have to stay one step ahead of his former boss Eric (Edward Norton).

If ‘Bourne Legacy’ feels familiar every step of the way, it’s because you’ve actually seen parts of it in different Bourne films before. The crisis room dealings ring smack of ‘Bourne Supremacy’ and ‘Bourne Ultimatum’, the slow-burning relationship between Cross and Shearing is reminiscent of that between Damon and Franka Potente in ‘Bourne Identity’ and even the extended climax featuring a parkour-like chase through the rooftops of the shantytowns of Manila followed by a motorbike chase sequence through its busy streets reminds one of two similar sequences in ‘Ultimatum’.

Alongside a distinct lack of originality, Gilroy also never gives his audience much reason to care about his central character Cross. The first three ‘Bourne’ movies were told primarily through the eyes of Bourne as he searches first for his own identity and then for the people after him, allowing their audience to experience his confusion, determination, perseverance, and thirst for justice. Here, Cross is on a mission to find his pills, and while that is well and dandy, it just seems trivial and uninvolving compared to Bourne’s mission. Gilroy’s choice of giving more screen time to Shearing and Byer without the presence of Cross also renders the latter a hazy blur, difficult to identify let alone empathise with.

And that is despite the best efforts of Renner, who cannot be faulted for not trying his best to fill Damon’s shoes. Renner does his best with a thinly written part – you can especially see his dedication to making the hand-to-hand combat sequences thrilling – but without a compelling backstory, his Cross never quite becomes more than a stock type. Weisz brings her usual sincerity to the role, but she and Renner unfortunately don’t share the same chemistry Damon and Potente did in the first movie. Even the always reliable Norton is essentially wasted in a one-note caricatured villain that hardly comes in any shades of grey.

Those looking for the same level of adrenaline-kicking excitement as ‘Ultimatum’ will be severely let down – the action sequences here pack less oomph, take too long to get from one to the other, and are often over too quickly. The one and only sequence worth mentioning is the climax earlier described, and derivative as it is, it is the closest that the film comes to matching the same white-knuckle thrills that the previous movie packed in generous amounts.

Of course, ‘The Bourne Legacy’ is also an unfortunate victim of its predecessor’s expectations. Yes, the past three films were definitive in shaking (and we do mean this literally) up the espionage genre with pulse-pounding action, thanks in no small part to Greengrass’ fast-cut handheld camerawork that has since been copied ad infinitum. Coming after the legacy of these films, this serviceable action thriller is a letdown, with little of the exhilaration nor the intelligence that made its predecessors so iconic. Truly, it says a lot when you realise how much you miss Bourne every time a picture or reference to him is made in this movie.

(Too many familiarities, a less-than compelling Bourne replacement, and mediocre action sequences make this spinoff a poor cousin that fails to live up to the legacy of its predecessors) 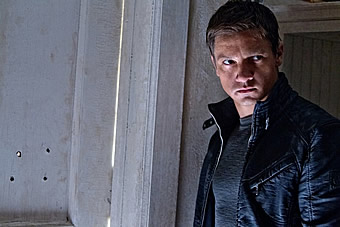 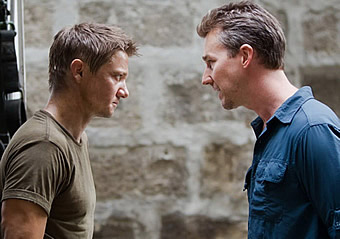 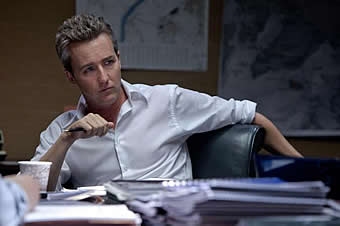 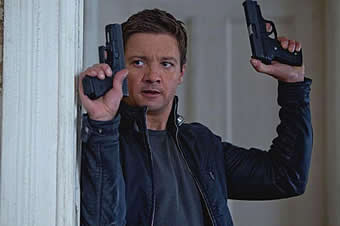 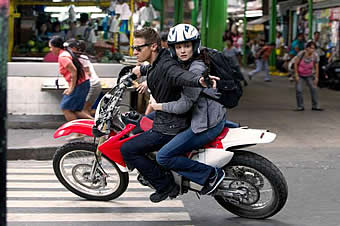