Synopsis: After India's (Wasikowska's) father dies in an auto accident, her Uncle Charlie (Goode), who she never knew existed, comes to live with her and her emotionally unstable mother Evelyn (Kidman). Soon after his arrival, she comes to suspect this mysterious, charming man has ulterior motives, but instead of feeling outrage or horror, this friendless girl becomes increasingly infatuated with him.

On the surface, Stoker may appear to be a gothic psychological thriller rife with suspense and a touch of ‘Addams Family’ quirkiness, but Korean filmmaker Park Chan-wook's (Sympathy for Lady Vengeance, Old Boy) first outing in Hollywood is a coming-of-age movie that doesn’t take itself lightly.

Mia Wasikowska is India Stoker, a brittle teenager with an aversion to physical touch, a perpetual frown, an intelligence level bordering on the better end of the autism scale and a general dissatisfaction with the way her life is playing out. It may be useful to note here that the screenplay (another first effort, this time by Prison Break’s Wentworth Miller) was based loosely on Alfred’s Hitchcock’s classic, A Shadow of a Doubt. Hitchcock’s lead actress playing the role of the niece is vivacious in a way India would never be or aspire to be, but the two teenage female characters share the same uncanny emotional connection with their uncles, named Charlie in both films. Uncle Charlie (Matthew Goode) comes to visit the day after India’s father passes away in a horrific accident, and her oblivious mother Evelyn (a suitably flighty Nicole Kidman) is immediately taken with his enigmatic charm. Naturally all is not as it seems, and as India’s and Charlie’s worlds collide, everyone begins to fall apart.

To say more would be spoiling the story, in part because the film's appeal lies in its ability to elicit the audience's sustained curiosity about the underlying motives, thoughts and subsequent actions of each character.

Shot in tight angles with the main actors appearing boxed in or isolated in the most frames, the movie seems to emphasise the most unsettling of sounds - the cracking of eggshells, the creaking of furniture, even the simple act of swallowing creates discomfort. Nearly every scene is immaculate and visually appealing, the transitions barely noticeable unless they are intended to be. Viewers who have caught Park's previous films may even catch a familiar insect making a cameo. The overall feel is effective: the tension builds from a slow simmer before boiling over when India finally achieves much needed self-realisation.

Miller’s screenplay requires actors who can do much with minimal material, and Wasikowska performs ably as the chilly India, who is at once perceptive and suspicious, but also curious and bold. Goode leverages on his natural charisma while maintaining the necessary restraint by never letting a single smile reach his eyes. Both actors, in demonstrating how their characters are seemingly one soul in two bodies, ensure every shade of expression is rendered highly significant. The film references Hitchcock in many aspects, and this is just one of them.

Stoker's conclusion ties up fairly wittily with its beginning; it's a movie that requests for the viewer to pay attention, but this time it’s worth the effort. 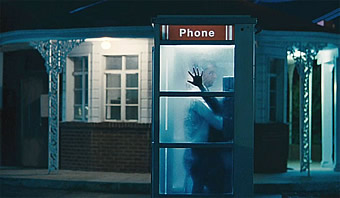 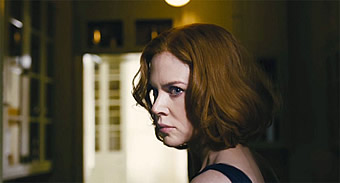 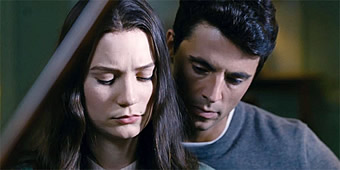 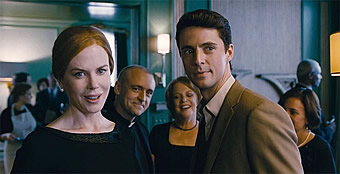 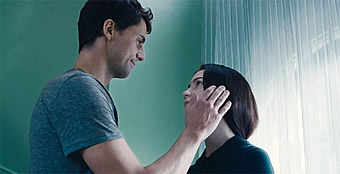 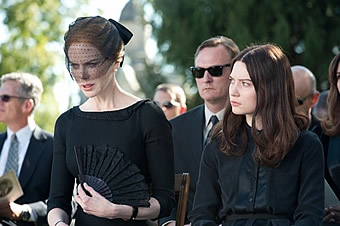 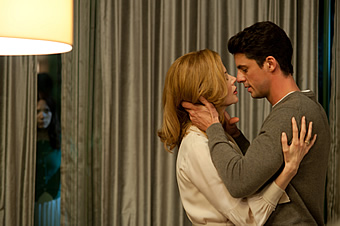