Synopsis: Yamame Yamano, an unsuccessful comedian started to live in a stigmatized property when his senpai told him that doing so could get him on TV; consequently, he moved into a room where a murder took place. When they view the film taped at the first property where he stayed, they saw a mysterious white object, and noticed that the audio is distorted. As the producers of the program became increasingly demanding, Yamame moves from one property to another in search of interesting and horrifying cases. He encountered various mysterious phenomena and became known as "the entertainer who's willing to live in stigmatized properties." What awaits Yamame in the next haunted property?

Would you stay in a stigmatized property? Just the thought of it might make some skins crawl.

Stigmatized properties are residential places for rent or purchase, but with one big twist - someone's passed away in them before. Sometimes this is a little more peaceful, where the occupants die during their sleep. Other times it's more grim, in the form of a suicide or murder.

In Japan where the belief of the supernatural is deeply ingrained in the social psyche, such a history on a piece of property only spells bad news - except perhaps to a comedian struggling to find fame in his field.

Yamame (Kazuya Kamenashi) is part of a comedic duo known as The Jonathans, but their years of performances have found little traction with their niche humour. His partner, Nakai (Koji Seto), decides to call it quits after he finds placement at a TV station as writer, but the guilty friend manages to rope Yamame into part of an experimental program where he stays alone in a stigmatized property to record odd happenings.

Unexpectedly, this blows up after a very visible sighting, and the producer of the show eggs on Yamame to visit more such properties after seeing the positive ratings. As Yamame finds his fame growing, so does the amount of misfortunes around him. As his few friends beg him to stop, the former comedian struggles between finally having a career, with the possibility of a very dark cloud about to unleash its full curse on him.

Stigmatized Properties, directed by Hideo Nakata, benefits from the director’s strong background in classics like The Ring and Dark Waters. The sense of dread is palpable here, projected by dingy rooms and a sinister palette. This is contrasted by those of Yamame and his friends at the studios, where bright lights and colourful banter continue to lull Yamame into a state of complacency. And while I appreciated this stark application, I would have enjoyed the film a little more if Nakata-san had included more time in the apartments.

The hauntings here are thoroughly enjoyable, featuring plenty of signature disturbing facial and body horror from the seasoned director. Each apartment’s unwraps itself horrifically, replaying striking scenes of murder, suicide or abuse. Because Nakata drops clues (like a bent ladder or a broken tile), it winds the audience up for the big reveal in an effective formula. Which is why when the film dallies on the studio scenes, trying to play up his success, it takes a bit of the wind out of the sail for me.

And while the first apartment developed in a way that told its story gradually, the others didn’t enjoy the same, only to have Yamame share the story in its entirety without any explanation of how he uncovered it.

Otherwise, Nakata has elevated some of his creepy tactics here. There are little things in Stigmatized Properties that are left unexplained, which keeps its sense of mystery. And there are random events that occur to keep us from getting complacent. So I’d imagine if this was fleshed out more, we just might have another franchise title in the making.

Stay tuned for the credits. You’ll get a glimpse of the real-life inspiration for this film - the actual comedian Tanishi Matsubara who found his niche in occupying these properties and building his brand of spooky encounters in his comedy shows.

(There’s strong visual horror here that Nakata is known for, and I would have dearly loved to see more emphasis on these segments) 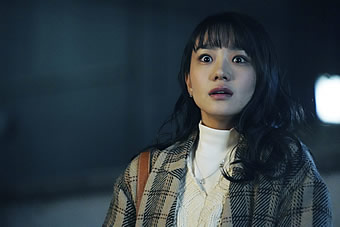 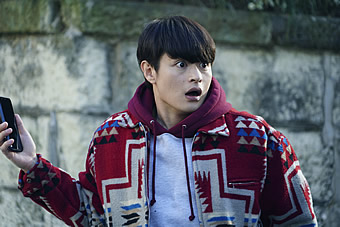 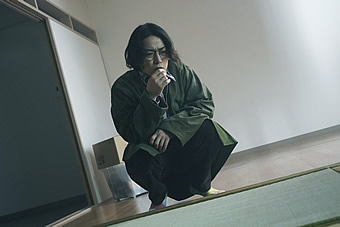 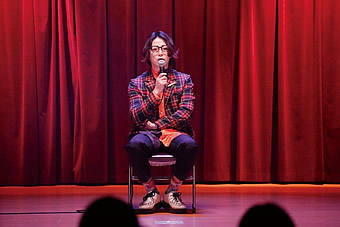