Synopsis: After losing her parents in a tragic car crash, An Ran (Zhang Zifeng) found out her parents had given birth to a son who Ran is unfamiliar with nor does she care about him. With a sudden and unexpected filial pressure and obligation that could destroy her career course, Ran has to decide if she is ready to give up on everything she had worked hard for and care for her brother.

Chinese actress Zhang Zifeng first caught our attention in Chen Sicheng’s Detective Chinatown, where she played a seemingly normal schoolgirl with a dark secret. Her enigmatic performance commanded screen presence, and the talented actress went on to star in other critically acclaimed productions like Last Letter (2018) and My People, My Country (2019). She is also recently seen in Detective Chinatown 3 and Home Sweet Home.

The 19 year old actress’ most impressive performance is featured in this drama helmed by Yin Ruoxin, with a screenplay by You Xiaoying, who was recognised in the Best Screenplay category at the 37th Hong Kong Film Awards for her work on Sylvia Chang’s Love Education (2017). Zhang portrays An Ran, a teenager brought up in a patriarchal family who has to deal with the tradition and the suppression of ambitions. The film starts with the tragic loss of her parents, and she is given (much to her displeasure) the responsibility of taking care of her younger brother.

The emotional story begins to unveil different facets which depict different societal issues in China. The more universal one is how teenagers with dreams to make it big in life have to take on the role of caregiver when unforeseen circumstances are thrown in their way. Then there are the challenges faced by females in a traditional environment – what happens when they have to make sacrifices for the supposed ‘bigger picture’ where fathers, husbands, brothers and sons get to benefit?

In the film, An Ran had to pretend to be disabled so her parents can have a second child. This was how things worked under the country’s one child policy, where families with children with disabilities can try to bear a second child. It is obvious that the parents would like to have a son which was deemed more honourable in society.

Then there is this other interesting bit where An Ran, who is a nurse, is regarded as a less able healthcare worker by a haughty female doctor. This makes her very unhappy at work, and is determined to move out of her hometown in Chengduto the bustling Beijing, where she believes better opportunities await.

With all the abovementioned things happening to An Ran, you know this isn’t a film filled with happy scenes. It almost plays out as a melodrama with shouting and crying (courtesy of An Ran’s relatives), but each sequence is well dealt with without being too exploitative. The filmmakers manage to make these dramatic scenes poignant and thought provoking.

The highlight of the film is Zhang’s stellar performance. You can feel how upset she is, and her willpower to make her life better. Yet, she is torn by a sense of responsibility which might be an inherent trait in Asians, and particularly, the Chinese. Child actor Jin Yaoyuan plays the younger brother, who is adorable and bratty at the same time. Inevitably, he gets to turn on his tear ducts in some scenes, so expect wailing and crying which can be frustrating for parents. Supporting adult characters played by Xiao Yang and Zhu Yuanyuan deliver touching performances too.

Running slightly over two hours, the film is engaging from beginning to end and is a thoughtful piece of work that showcases heart tugging performances from its cast. 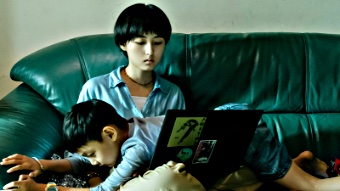 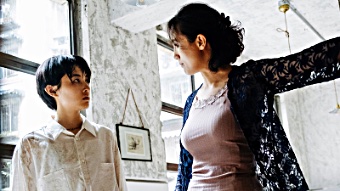 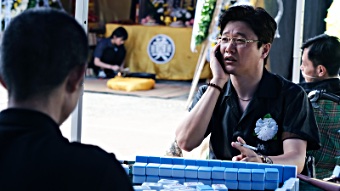 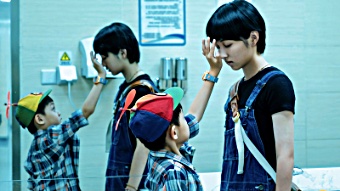