Synopsis: Oscar® winner Denzel Washington and Ryan Reynolds star in the action-thriller Safe House. Washington plays the most dangerous renegade from the CIA, who comes back onto the grid after a decade on the run. When the South African safe house he’s remanded to is attacked by mercenaries, a rookie operative (Reynolds) escapes with him. Now, the unlikely allies must stay alive long enough to uncover who wants them dead. For the past year, Matt Weston has been frustrated by his inactive, backwater post in Cape Town. A “housekeeper” who aspires to be a full-fledged agent, the loyal company man has been waiting for an opportunity to prove himself. When the first and only occupant he’s had proves to be the most dangerous man he’s ever met, Weston readies for duty. Tobin Frost has eluded capture for almost a decade. One of the best ops men that the CIA’s known, the ex-intelligence officer has given up assets and sold military intel to anyone with cash since he turned. From trading secrets to North Korea to aiding splinter cells, the damage he’s done to the U.S. is immeasurable. And he’s now back on the reservation with a secret. As soon as Frost is brought in for debriefing, mercenaries come and tear apart Weston’s safe house. Barely escaping, the unlikely partners must discover if their attackers have been sent by terrorists or someone on the inside who will kill anyone standing in the way. Now it’s up to Weston to figure out who he can trust before they’re both eliminated from the game.

You can gauge how enduring a movie has been just by looking at the number of films of the same genre that boast a similar style, and when it comes to CIA espionage thrillers, it’s safe to say that the Bourne trilogy has become something of a cultural touchstone. There are plenty of similarities between Swedish director Daniel Espinosa’s first Hollywood film ‘Safe House’ and the latter two pictures of the Bourne trilogy- and we’re not simply talking about the fact that both of them centre around an expert CIA operative (think the best of the best) gone rogue.

The enigma in this case is a certain Tobin Frost (Denzel Washington), who dropped off the grid nine years ago but has since re-emerged in Cape Town in possession of some sensitive intel courtesy of a contact that he has in MI6. When his contact gets shot and he ends up cornered following an intense foot chase by some armed mercenaries, Tobin checks in at the U.S. Consulate and is immediately picked up by Langley. As the bigwigs (played by a classy trio of Sam Shepard, Vera Farmiga and Brendan Gleeson) scramble from back In Washington behind their computer screens, Tobin is transported to a safe house for interrogation- though as the extraction team led by Robert Patrick’s Daniel Kiefer quickly discovers, their tactics are no match for the man.

Little is particularly inspired in David Guggenheim’s story, but if there is one thing that he gets right, it is turning this CIA thriller into an odd-couple pairing. So at the safe house, Tobin will meet rookie agent Matt Weston, a low-level “housekeeper” who can hardly wait for his Langley boss David Barlow (Gleeson) to transfer him into the field. The encounter between the grizzled veteran Tobin and the naïve newbie Matt turns out something like Denzel’s Academy-Award winning movie ‘Training Day’, and Matt quickly learns over the course of one harried day that things aren’t always as simple as they seem.

Their initial mutual distrust makes for gripping viewing, as Espinosa keeps his audience on tenterhooks wondering when and how the wily Tobin will give his captor the slip. That waiting pays off immensely when Tobin finally pulls the rug from under Matt at a crowded Green Point Stadium (one of the Cape Town’s landmarks on account that it hosted the 2008 World Cup) in a thrillingly-choreographed sequence that is quite simply the highlight of the entire film.

But every subsequent skirmish with the same band of mercenaries who raided Matt’s safe house for Tobin leads Matt to question if there might be some truth in Tobin’s accusations of corruption at the highest level, especially since their assailants always seem to be one step ahead of them. It’s no secret how it turns out, and indeed when the big reveal comes, it’s probably safe to say that you would have already guessed it.

In place of a plot with little surprises, Espinosa has opted to emphasise Matt’s transformation from fresh-eyed agent to disillusioned operative, pausing for effect during some crucial scenes for his audience to appreciate Matt’s predicament. His efforts at character development are only half-successful- not only is there little time in between the exploding mayhem, the lacklustre script that possesses none of the dramatic heft compared to ‘Training Day’ does it no favours as well.

Worse still, the intriguing psychological interplay between the two characters is replaced halfway through the movie by an altogether more straightforward cat-and-mouse game as both men team up to stay ahead of the mercenaries. The action after this point is relentless, exploiting the locations in and around Cape Town for maximum thrills- and while action junkies may find good reason to cheer at the non-stop onscreen bombast, others looking for the smarts and flair of the Bourne series will likely be disappointed.

That doesn’t mean that it doesn’t try hard to emulate the franchise; besides being shot in the same shaky-cam style (right down to having the same d.p. Oliver Wood), the action design- from Denzel’s fighting style to the use of locations (a chase along the rooftops of a shantytown outside the city is particularly reminiscent of ‘The Bourne Ultimatum’) also hews closely to that in the trilogy. It still manages to get your adrenaline pumping all right- especially given Espinosa’s keen sense of pacing- but the sense of déjà vu that one gets after watching this film is unmistakable.

There’s also no mistaking Washington’s distinctive presence- though the 57-year-old actor can’t match the physical agility of Matt Damon, he looks just as formidable and commanding with his signature poise. From critically-acclaimed dramas in the 1990s, Washington has in recent years- under the stewardship of Tony Scott- redefined himself as a compelling man of action, and this latest performance looks set to cement that reputation. Reynolds is on the other hand too nondescript to make much of an impression, his blandness even more pronounced next to Washington- though admittedly there is at least a watchable chemistry between the two stars.

Pity then that with such a gifted actor like Washington, this isn’t the thinking man’s action movie that it aspires to be no thanks to lazy formulaic scriptwriting. It is nonetheless an assured Hollywood debut from Espinosa following his critically-acclaimed Swedish hit ‘Snabba Cash’ (or ‘Easy Money’), and more than offers tense thrilling action for those in need of an adrenaline fix. The next Bourne it definitely is not, despite its obvious attempts at trying to be so, and this remains safely in the territory of slick action thrillers with more style than substance.

(The high-octane action it packs from start to finish promises a thrilling, adrenaline-pumping ride- but this is no Bourne despite its ambitions at being so) 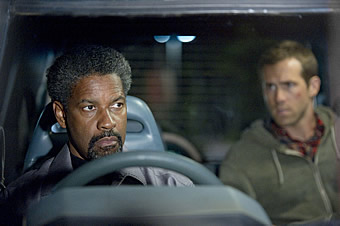 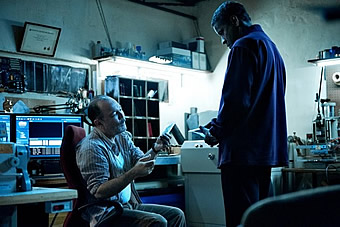 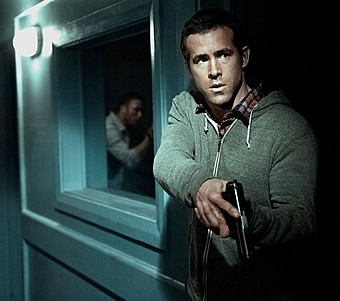 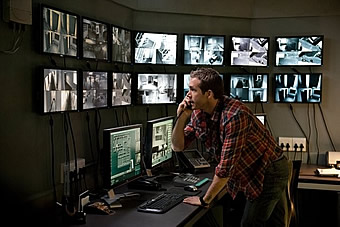 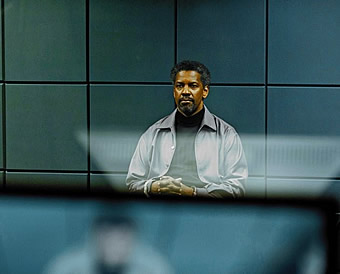