Synopsis:  It’s wedding season, and for Alice and Ben, it seems like everyone is tying the knot, except them. Alice is going through a breakup, and Ben’s best friend is getting married, leaving him behind. To make matters worse, his dad springs the news that he's getting remarried in a few months. Feeling alone in their singleness, Alice and Ben agree to team up, going as each other's dates, and embarking on an odyssey of ten weddings, where they'll make new friends, meet each other's odd families, confront their hangups with love and relationships, and ultimately push their friendship into uncharted territory.

Ah, if only this writer’s life turned out to be like this movie.

The premise is probably nothing new. Two college friends come together to attend wedding parties because, well, everyone around them seems to be getting hitched. Both of them are single and looking for someone to settle down with. The girl just broke up with her long time boyfriend and is still recovering from the heartache. The guy is a no nonsense charmer, and while he is seemingly serious, he is a natural with the ladies. The unlikely partners accompany each other to weddings, help each other with speeches and take fun pictures at photo booths.

Yup, you can see from a mile away where this is headed towards: a happy ending awaits. Yet, there is something refreshing about this 109 minute romantic comedy that makes it an engaging watch from beginning to end. The chemistry between the leads is so endearing, you’d want to look for and hang out with people like that in real life.

Maya Erskine, who has a European father and a Japanese mother, has a charisma that makes her fit into the role very nicely. The character’s eccentricity Is what you wish your friends possess. The fun and cheekiness lifts the spirit of the whole movie, and you’d be a Scrooge if you have issue with her personality. Her co star is Jack Quaid, the Dennis Quaid and Meg Ryan. You may have seen him as the vigilante seeking revenge in the popular TV series The Boys, but his role here is completely different. The dude is someone you can count on when you need a shoulder to cry on. Behind his prim and proper appearance is a guy you’d want to hold on to.

The movie revolves largely around how these two individuals navigate through their current life events. In the mix is the upcoming wedding of the guy’s father, which makes things a little awkward for everyone. There are people falling into swimming pools, seemingly inconsequential flirting and seduction, as well as other gags that make this movie very enjoyable.

Jeff Chan and Andrew Rhymer are making their feature debut here. Taking on the role of both writers and directors, it is clear what they want for the film. The sure handed direction can be seen how the story progress at a breezy pace. With supporting characters played by Ed Begley Jr, Beck Bennett as Matt and Finn Wittrock, this is a perfect movie to catch after a stressful occasion.

The events portrayed in the movie may feel lightweight, but it is an apt reflection of human relationships happening in the urban society. This writer, for one, often wonders what his life would be like now if he had spent tons of time with a single friend.

Things aren’t all fun and triviialised in the movie. When things get a little serious towards the end, you know life isn’t all a joke. There are decisions and commitments to be made, and this mature piece of work reminds you about that. 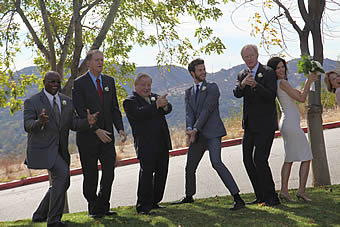 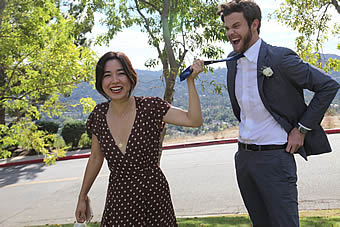 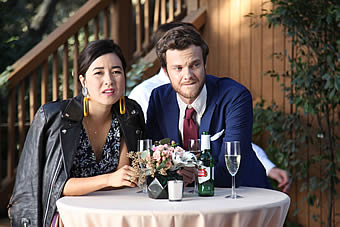 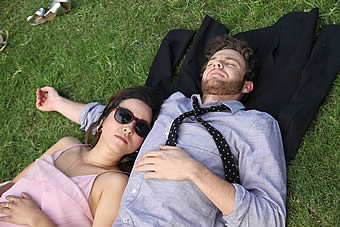