Synopsis: Disney's fantastical adventure "Oz The Great and Powerful," directed by Sam Raimi, imagines the origins of L. Frank Baum’s beloved character, the Wizard of Oz. When Oscar Diggs (James Franco), a small-time circus magician with dubious ethics, is hurled away from dusty Kansas to the vibrant Land of Oz, he thinks he's hit the jackpot—fame and fortune are his for the taking—that is until he meets three witches, Theodora (Mila Kunis), Evanora (Rachel Weisz) and Glinda (Michelle Williams), who are not convinced he is the great wizard everyone's been expecting. Reluctantly drawn into the epic problems facing the Land of Oz and its inhabitants, Oscar must find out who is good and who is evil before it is too late. Putting his magical arts to use through illusion, ingenuity and even a bit of wizardry - Oscar transforms himself not only into the great and powerful Wizard of Oz but into a better man as well.

More than seventy years have passed since Dorothy visited ‘The Wizard of Oz’ on a tornado that swept through her Kansas farm, and yet the MGM film remains a timeless icon of Old Hollywood films that continues to delight audiences young and old till today. To attempt a follow-up to such a beloved classic would seem entirely foolhardy; not least for the fact that it eschews being a literal adaptation of the fifteen or so novels that L. Frank Baum have penned of Oz, but instead attempts an entirely original prequel story that explains the origins behind the Wizard.

Yet there is sheer magic in Sam Raimi’s ‘Oz: The Great and Powerful’, an always engaging, consistently entertaining and utterly bewitching fairy tale fable that elegantly evokes the 1939 classic while being entirely in tune with the sensibilities of modern-day audiences. As clear reverence to that legendary picture, it opens in black-and-white and framed in Academy ratio with the traveling magician Oscar Diggs (James Franco) at the Baum Family Circus in 1905 Kansas. It’s no secret that Oscar will eventually become the Wizard; all that matters is how he gets there, and what follows is a beautiful journey imagined by screenwriters Mitchell Kapner and David Lindsay-Abaire of how an ordinary man can become a great man with a good heart and a little bit of faith.

As such tales do, this one starts with who Oscar isn’t – and that is, an honest and reliable person. No doubt as a magician, Oscar will always have a trick up his sleeve; but Oscar hasn’t simply been hoodwinking his audience. Instead, the smooth talker has also been fooling any beautiful lady whom he meets, his trick of the trade a music box he gives to the ladies claiming it is an important inheritance from his grandmother. Even as one such lady (Michelle Williams) hopes to persuade him in his trailer to marry her, the relative of another broken-hearted woman gives furious chase, forcing him to climb into his hot-air balloon for escape.

That is the first of many narrative sleight-of-hands in which fans will immediately recall Victor Fleming’s original. Here, a giant tornado whisks him right into its eye, where he watches with wide-eyed horror as every manner of debris flies dangerously around him. Once again taking a cue from the original, this sequence is filmed for maximum thrills – especially so with an added dimension – with an exhilarating ride down a gushing waterfall added in for good measure. It’s safe to say that by the time Oscar steps out of the hot-air balloon (in Panavision, we might add) that he is no longer in Kansas anymore.

As Dorothy was in ‘The Wizard of Oz’, Oscar is greeted by a kind and beautiful witch, Theodora (Mila Kunis), who is immediately spellbound by the possibility that he could very well be the great and wonderful wizard that an ancient prophecy had once foretold will ascend to the throne of Emerald City and deliver Oz from evil. Those familiar with the tale will recall that Theodora is but one of the witches of Oz; besides her, there is her sister Evanora (Rachel Weisz) as well as the supposed evil one called Glinda (Williams again) whom Evanora accuses of murdering her father. But anyone who remembers the name of the Witch of the North will know that Glinda is not the bad apple (pun intended); so the identity of which becomes the Wicked Witch of the East and which the Wicked Witch of the West is merely a toss-up between Theodora and Evanora.

The fates of these pivotal witches of Oz is intertwined closely with Oscar’s transformation from an opportunistic and self-centred trickster to a revered hero of the people of Oz, and like Dorothy, Oscar is joined on his adventure by two unlikely companions – a flying monkey (Zach Braff) and an all-porcelain China Girl (Joey King). Along the way, fans of both Baum’s novels as well as the original will recognise the other cleverly placed narrative sleights – including flying baboons, singing and dancing Munchkins, poisonous-scented poppy fields, and floating magic bubbles. Even the fact that the Wicked Witch of the West disappears in a cloud of red smoke is recreated here, which only goes to show the level of attention the filmmakers have paid to its forebear.

Yet at no point do these plentiful references ever feel slavish; rather, building on a solid foundation from Kapner and Abaire, Raimi creates a visually resplendent world wowing in its lovingly rendered details that feels fresh and original. With excellent support from Gary Jones and Michael Kutsche’s gorgeous costumes and Robert Stromberg’s imaginatively designed sets, Raimi pulls you into an enchanting world that truly comes alive in Robert DeMing’s widescreen cinematography – done in stereoscopy no less. The effect is, we dare say, just as magical as that audiences in the past were transported on when Fleming’s Technicolour visual effects fantasy was first unveiled, and perhaps even more so with the wonder of today’s CGI advances put to work.

There is of course much more than just visual bombast on display; in fact, Raimi uses these in service of a story that is full of heart and nerve. Cast as an unprepared man whom destiny calls to greatness, the Wizard is a surprisingly poignant character study of a flawed hero who eventually finds it within himself to rise above himself. That change of heart is portrayed in a befittingly heart-stopping climax engineered on illusion and ingenuity, a grand magic show set right in the heart of Emerald City that again brings to mind the revelation at the end of ‘The Wizard of Oz’ of the Wizard’s identity. It is also a particularly charming Disney fairytale-like end, where good triumphs evil in a satisfyingly rousing fashion.

If there is one blemish to an otherwise outstanding accomplishment, it is James Franco’s casting as the Wizard. While he does bring a slippery charm to the Wizard, he lacks the dramatic stature necessary to make the character a more compelling one, a quality which one suspects Raimi’s first choice – Robert Downey Jr – could likely have brought to the role. Among the three witches, it is Williams and Weisz who steal the show, the former’s radiant goodness a perfect complement against the latter’s icy malevolence. And though we do not see him after the film’s extended prologue, Braff’s voiceover for the Wizard’s winged companion brings much spirited humour to the proceedings.

So like ‘The Wizard of Oz’, this prequel is good old-fashioned family entertainment, both grand and awe-inspiring in its sumptuously designed setting and yet intimate and moving in its storytelling. Most importantly, it is testament to Raimi’s brilliance as a master craftsman, his return to big-budget blockbuster filmmaking six years after ‘Spiderman 3’ demonstrating his ability to balance both warm nostalgia to a classic source material with humour and verve for today’s audiences. And just because this comes late in Hollywood’s recent obsession with fairy tales should not at all deter you from making a beeline for it – because this is hands down the best of them (even better than Tim Burton’s ‘Alice in Wonderland’ in fact). True to its title, it is great and wonderful, an ageless and timeless fantasy deserved to be enjoyed in history with its forbearer.

(At once lovingly referential and delightfully imaginative, this prequel to the beloved musical classic is a vivid, colourful and enchanting tale of whimsy and wonderment that is also a perfect slice of good old-fashioned family entertainment)

THE IMAGINARIUM OF DOCTOR PARNASSUS (2009) 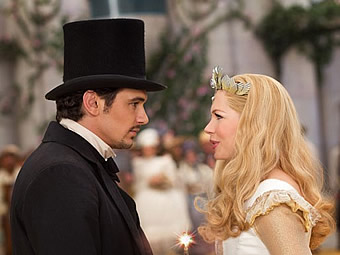 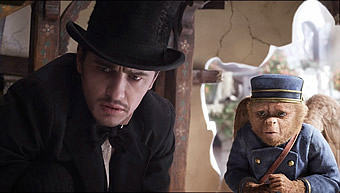 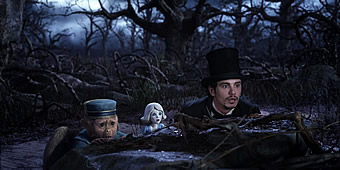 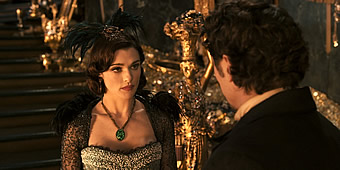 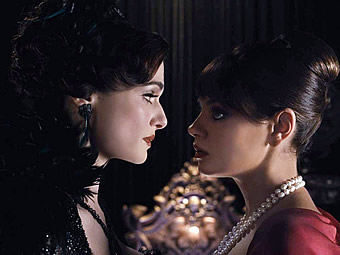 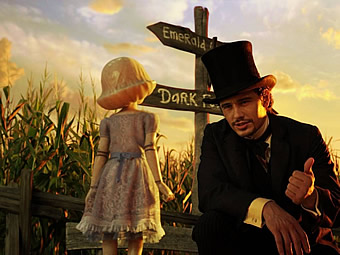 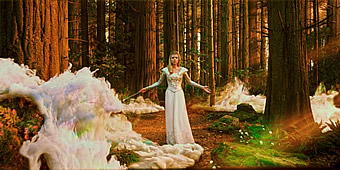