Synopsis: Industrious high school senior, Vee Delmonico [Emma Roberts], has had it with living life on the sidelines. When pressured by friends to join the popular online game Nerve, Vee decides to sign up for just one dare in what seems like harmless fun. But as she finds herself caught up in the thrill of the adrenaline-fueled competition partnered with a mysterious stranger [Dave Franco], the game begins to take a sinister turn with increasingly dangerous acts, leading her into a high stakes finale that will determine her entire future.

‘Nerve’ could not have arrived at a more prescient time, seeing as how a certain augmented reality-app is sweeping our part of the globe and capturing our collective consciousness in more ways than one. Imagine then that instead of setting ‘lures’ to catch ‘em Pokemons, you can pay to ‘lure’ real-life people into dares that you determine, whether is it kissing a complete stranger in a diner, taking off with that stranger on motorbike, trying on a new dress in an expensive boutique store, or farting alongside strangers in public space. But how about riding pillion on a motorbike going at 60 miles per hour with a blindfolded rider? Or laying down on a subway track and waiting for the train to pass over you? Or even dangling with one-hand off a construction crane 200 feet from the ground? Would you pay to watch people be dared, knowing that you will be putting their lives on the line? Would it change your decision if you knew that hundreds of people were making the same dare?

Based on Jeanne Ryan’s 2012 novel of the same name and helmed by “Catfish” directors Henry Joost and Ariel Schulman, this latest teen-thriller highlights the dangerous pitfalls of online anonymity, especially in numbers. What happens to an individual’s sense of responsibility? Is the individual forgiven if his or her decision to endanger another’s life is only part of a much larger mob? Or better still, how do we break the grip of such voyeurism, whose dangerous effects are multiplied as more and more people join the herd? But in order to get its target demographic to think about these issues, ‘Nerve’ wraps its cautionary messages in a high-school romance revolving around a straight-arrow senior Venus ‘Vee’ Delmonico (Emma Roberts) and a roguish stranger Ian (Dave Franco) that she teams up with to tackle their dares after locking lips with him for her maiden $100 challenge.

Vee is hardly the type you would imagine to play ‘Nerve’ – for one, she prefers hiding behind her camera taking photos of the football jock she has a crush on than trying to get to know him; for another, she is prepared to decline an admission into CalArts for fear of upsetting her mother still grieving over her deceased brother. Yet to prove to her attention-seeking best friend Sydney (Emily Meade) that she has a mind of her own, Vee signs up as a ‘Player’ on the game, the difference between them and ‘Watchers’ being that the former has to execute and film the dares which the latter has paid them to perform from a first-person perspective. Though it is the need for self-validation that gets her started, what keeps her going is in fact much simpler to understand – simply, she is attracted to Ian, and as each dare gets more and more outrageous, the thrill from completing them together also draws them closer to each other.

Oh yes, for a good part of its first two acts, ‘Nerve’ plays like a warm fuzzy romance with delightful scenes of Vee and Ian running naked through a Bergdorf Goodman and scooting across the Verrazano Bridge to the tune of Børns’ ‘Electric Love’. As much as some may say that these scenes are an unnecessary distraction from the film’s techno-thriller ambitions, they do serve to ground the movie in the fundamental human desire to be loved and accepted. Indeed, whereas there will be individuals like Syd who crave social media celebrity status, there are equally others like Vee whom the game offers the sort of one-to-one companionship that she would otherwise be too shy to reach out for. When you consider her attraction towards Ian, it makes perfect sense why even a thoughtful individual like her would willingly allow herself to participate in each escalatingly ridiculous dare.

The thing about ‘Nerve’ is that it allows its audience to be part of the game, to feel the appeal of being loved and admired as well as the perils of online exposure. It is the chase for likes and follows that drives many individuals to offer up their exposed online selves, often realizing too late that such exposure can also be wielded as a powerful weapon by watchers on the Internet. Together with their d.p. Michael Simonds, Schulman and Joost heighten the viewer experience with pop-ups and reverse perspectives to portray how it feels like to be a ‘Player’ or a ‘Watcher’, ultimately contending with the notion that any individual, whether socially awkward or social butterfly, can end up as either. Though it does offer up an ending a little too pat and convenient, ‘Nerve’ remains a fascinating romantic teen cyber-thriller whose topicality makes it even more compellingly watchable. 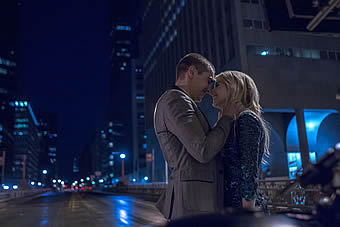 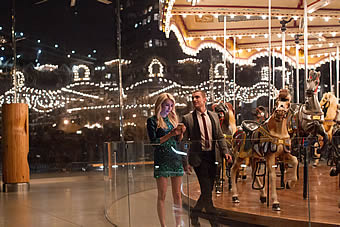 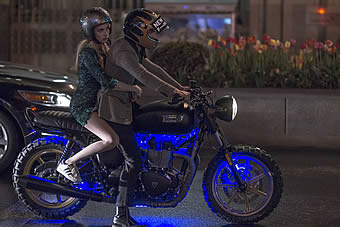 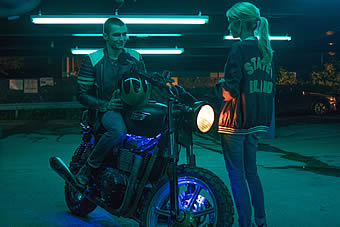 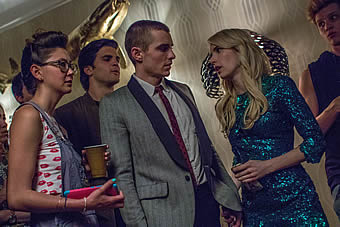 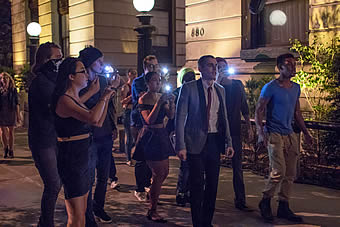