Synopsis: MOONLIGHT is a timeless story of human connection and self-discovery, Moonlight chronicles the life of a young black man from childhood to adulthood as he struggles to find his place in the world while growing up in a rough neighborhood of Miami. At once a vital portrait of contemporary African-American life and an intensely personal and poetic meditation on identity, family, friendship, and love, Moonlight is a groundbreaking piece of cinema that reverberates with deep compassion and universal truths. Anchored by extraordinary performances from a tremendous ensemble cast, Barry Jenkins's staggering, singular vision is profoundly moving in its portrayal of the moments, people, and unknowable forces that shape our lives and make us who we are."

If you reading this review, it is likely that you are aware of the embarrassing Oscar ‘envelope gate’ incident that took news headlines by storm.

At the ceremony in February, Best Picture presenters Faye Dunaway and Warren Beatty read La La Land as the winner. Beatty later stated that he had mistakenly been given the duplicate Best Actress envelope, for which Emma Stone had won for her role in La La Land a few minutes before. When the mistake was realized, La La Land producer Jordan Horowitz came forward to announce Moonlight as the correct winner.

Although this is one of the most talked about blunder in Oscars history, it meant good things for the coming of age drama written and directed by Barry Jenkins, based on a Tarell Alvin McCraney’s unpublished semi autobiographical play “In Moonlight Black Boys Look Blue”.

The film is a success story everyone wants to love. Made with a $1.5 million budget, it has grossed over $55 million worldwide. It is the first film with an all black cast, the first LGBT film and the second lowest grossing film domestically (behind Kathryn Begelow’s The Hurt Locker) to take home the Best Picture at the Academy Awards. Nat Sanders and Joi McMillon were nominated for Best Film Editing, making McMillon the first black woman to earn an Academy Award nomination in film editing. Mahershala AlI was the Best Supporting Actor, making him the first Muslim to win an acting Oscar.

If you have been following entertainment news, you’d also be impressed by how this underdog came out tops as a champion.

The 111 minute film presents itself in three stages. Chiron, the main character, is seen at three different phases of his life where he faces difficulties with his own sexuality and identity. There is depth in the story as we see the physical and emotional abuse Chiron receives as a result of who he is.

The stars of the film are Trevante Rhodes (as adult Chiron), Ashton Sanders (as teenage Chiron) and Alex Hibbert (as child Chiron) – each of these charismatic actors brings an emotional edge to the character. Playing Chiron’s closest friend Kevin are André Holland (as adult Kevin), Jharrel Jerome (as teenage Kevin) and Jaden Piner (as child Kevin). The three actors complement the story with their delicate performances. Supporting characters are played by more recognised names Naomie Harris (Mandela: Long Walk to Freedom, Our Kind of Traitor), Janelle Monae (Rio2, Moonlight) and Ali, who appears briefly but has an impact on the film.

Given all the hype about the film, one may think it is unworthy of the attention. The thing is: the movie that has been listed on numerous critics’ top 10 lists for 2016 is a personal piece of work that has gotten the world’s attention (why else did you think a distributor would pick it up for local release so many months after its domestic release?) While it may or may not be a good thing for the cast and crew (showbiz is an unpredictable machine), it is deifintely a fine piece of work that is restrainedly beautiful. The storytelling is tender and poetic, the images are put on screen like paintings (Jenkins reportedly immersed himself in foreign arthouse cinema, and once wrote an essay about Wong Kar Wai that scored him a place on Telluride’s student symposium), and it is definitely worth your time watching it on the big screen. 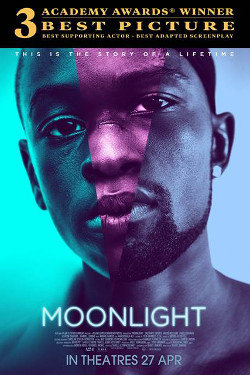 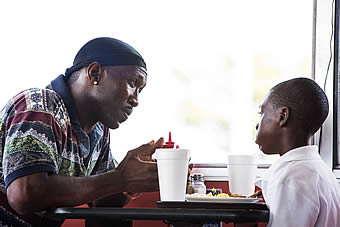 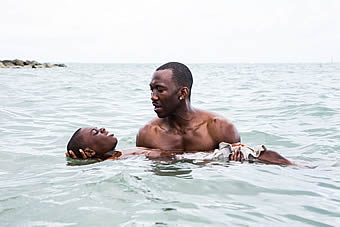 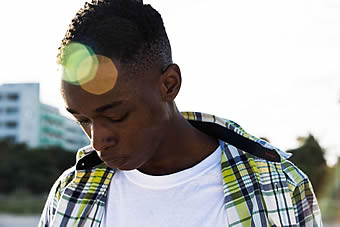 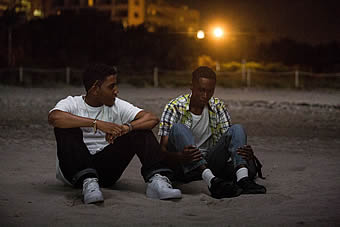 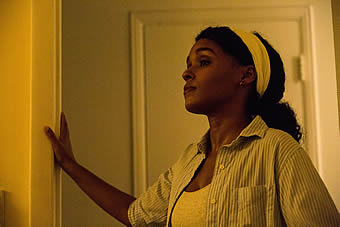