Synopsis: Sheltered since childhood, 17-year old KATIE (Bella Thorne) is confined to her house during the daylight hours by XP, a rare disease that is catalyzed by even smallest amount of sunlight which can trigger fast acting skin cancer resulting in death. Katie’s life revolves around JACK (Rob Riggle), her widowed father who gave up his promising career to stay home and take care of his daughter, MORGAN (Quinn Shephard), Katie’s best friend since childhood, and her guitar - the one thing provides catharsis and brings happiness to her lonely world. One night, unexpectedly, she meets CHARLIE (Patrick Schwarzenegger), her long-time secret crush whom she has watched walk to school every day. Charlie, an all-star swimmer who was once on track for a full ride scholarship at Stanford, has lost direction in life and is resigned to taking care of local’s boats. Against all odds, they embark on a romance that changes their lives and leads them to discover a love that will last forever.

Here comes another addition to the teenage “sick lit” genre. Midnight Sun is about Katie Price (Bella Thorne), a girl suffering from a rare condition that renders her body unable to repair damage caused by ultraviolet light. This makes any sunlight exposure deadly for her. Katie is thus sadly confined to her house during the day and she can only go out at night. As a Xeroderma Pigmentosum “XP” sufferer whose body will break down earlier than most, every day is a gift.

Katie’s condition may be a mouthful, but the story is a simple one. Hanging out at home with her doting but protective single parent dad and best friend Morgan, Katie makes the best out of life, playing her guitar and getting home-schooled. Watching the street from her window, the years pass, and so does Charlie, a boy who skateboards past her home every day and becomes a crush she nurtures but does not even know she exists.

Until she turns 18, and boy meets girl. The turning point comes when it’s graduation time for the local high school (and Katie’s home school). She heads out that night to busk at the train station, a minor celebration of sorts, and who should come by and be captivated by her sweet voice and guitar-playing but Charlie, now all grown up and charming hunk. This is the first leading film role for Patrick Schwarzenegger—yes, son of Arnold, ex-Terminator, actor and one-time governor of California.

Both start dating by moonlight. Katie, against her father’s wishes, keeps her condition from Charlie and cites availability only during the night, not wanting to threaten this budding romance in any way. The all too predictable and only suspense in the film comes when Charlie takes Katie out on a trip out of town and she loses track of time, causing her some sun exposure after a mad scramble to make it back home. Soon after, whether due to this exposure or not, Katie’s brain starts to degenerate and her days are numbered.

Midnight Sun has no surprises where plot is concerned. The premise of such a film thus brings the focus on the acting two protagonists and how far it succeeds in being a tearjerker. It falls short on both accounts. Thorne and Schwarzenegger are likeable but stilted, with the former showing her singing chops performing the songs in the film, while the latter seems to have very limited expressions. However, that may be because the too-rapid decline of Katie never quite provides enough room for both to expand their range, and this reviewer, like most in the room, couldn’t shed a tear.  For those who feel they need to seek their sobbing experience elsewhere—the film is a remake of a well-regarded 2006 weepie from Japan (the Japanese are strangely several times more vulnerable to XP than others),

Despite being prosaic, it may just be a hit with teenage moviegoers. Much of the film focuses on the excitement of first love, replete with mawkish sentimentality, curfews and eye-rolling pick-up lines. Schwarzenegger, if a little like his dad in his stiff niceness, has the golden charm that his swoonworthy star swimmer needs to. For the female viewer like yours truly at least, his Mr Nicest Guy suffices to carry the film to at least the level of pleasant watchability.

(A mildly engaging but predictable teenage romance film that falls short of being the tearjerker it tries to be. Watch it, as many will, for the eye candy.) 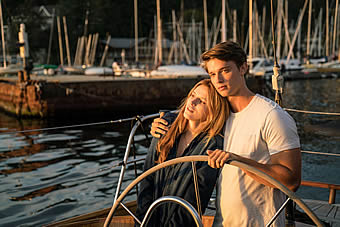 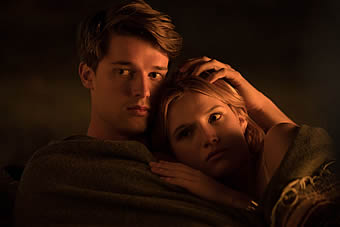 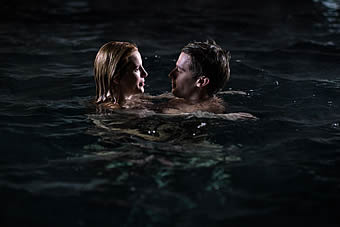 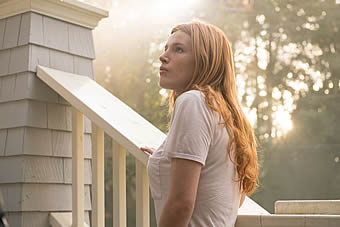 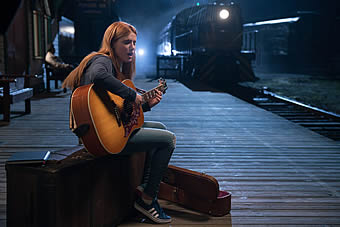