Synopsis:  Shangri-La Entertainment and Tuff Gong Pictures have produced, in association with Cowboy Films, this definitive film about one of the true and most loved international icons of the 20th Century: Bob Marley. His music and message of love and redemption are known throughout the world and his story has finally been brought to life in this definitive work by the acclaimed talent of Kevin Macdonald. Bob Marley’s universal appeal, impact on music history and his role as a social and political prophet is both unique and unparalleled. His music and message transcend culture, language and creed and resonate around the world today as powerfully as when he was alive. Only a handful of musicians have ever achieved such an impact and Bob Marley, though his life was far too short, stands among them. As one of the most accomplished documentary and feature filmmakers of a new generation, Kevin Macdonald delivers the definitive work on Bob Marley, his life and a truly global influence. Filming took place as far afield as Ghana, Japan and the UK, in addition to Bob’s beloved Jamaica and the States, and marks the first time ever that his family has authorized the use of their own private archives.

We don’t claim to be the biggest fans of Jamaican singer songwriter Bob Marley. What we know, however, is that he remains as one of the most widely known and respected performer of reggae music. Hands up - those who do not feel Zen whenever Marley croons “Everything’s Gonna Alright” over the airwaves? The chorus to the tune “Three Little Birds” is just one of the many infectious melodies the musician has brought to the world.

To chronicle the life of Marley is probably a challenge not many filmmakers dare take up, considering how despite helping to spread both Jamaican music and Rastafarian movement internationally, the influential artist has had his own fair share of controversies. Scottish director Kevin Macdonald (State of Play, The Last King of Scotland) rose up to the challenge, making this 145 minute documentary biographical film which paints an impartial portrait of Marley, giving both fans and viewers who are unfamiliar with the musician an opportunity to understand his short lived but spectacular life.

The film features interviews with the people who matter in Marley’s life, and tells the story of how he evolved from his early days of dabbling in music to his eventual international stardom. Born Robert Nesta Marley in 1945, the revered star’s life came to an end in 1981 due to a type of malignant melanoma under the nail of one of his toes. Having lived only all of 36 years, Marley has touched many around him. In this documentary, viewers get to hear from his family, the women whom he had relationships with, his managers, as well as his band mates, making this production one of the most exhaustive biographies we’ve ever seen.

Despite clocking a runtime of almost two and a half hours, viewers never get bogged down by dreary content. Get to hear how Marley’s relationship was like with the different people around him, what people thought of him when he bedded more than one partner, and most importantly, how his music was heavily influenced by the social and political issues of his homeland. This led his music giving voice to Jamaican culture. Macdonald does not make the documentary self important with heavy handed facts. Instead, what you get is an intimate experience which sheds light on how Marley’s style of music continues to be relevant in today’s society.

Besides hearing the interviewees talk about the rhythm guitarist and lead singer for the ska, rocksteady and reggae band Bob Marley & The Wailers, another highlight of this highly recommended documentary are the rare concert footage which will appeal to, again, both fans and viewers who are not familiar with the musician’s works. The stirringly exhilarating performances will have you wishing that you were listening to the music “live”. The performances’ charismatic allure is the very reason why music exists to make our lives better.

Thanks to Macdonald’s experience in making the Oscar winning One Day in September (1999), he has crafted yet another classic that will go down both film and music history as one of the most important works ever made about a sorely missed music legend.

(A must watch for anyone who cherishes the importance of music) 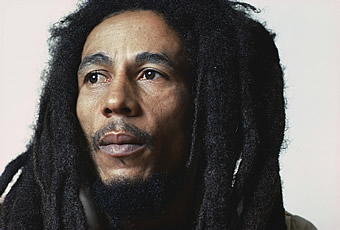