Synopsis: Kick-Ass, Hit Girl and Red Mist return for the follow-up to 2010's irreverent global hit: Kick-Ass 2. After Kick-Ass' (Aaron Taylor-Johnson) insane bravery inspires a new wave of self-made masked crusaders, led by the badass Colonel Stars and Stripes (Jim Carrey), our hero joins them on patrol. When these amateur superheroes are hunted down by Red Mist (Christopher Mintz-Plasse)-reborn as The Mother the blade-wielding Hit Girl (Chloe Moretz) can prevent their annihilation. When we last saw junior assassin Hit Girl and young vigilante Kick-Ass, they were trying to live as normal teenagers Mindy and Dave. With graduation looming and uncertain what to do, Dave decides to start the world's first superhero team with Mindy. Unfortunately, when Mindy is busted for sneaking out as Hit Girl, she's forced to retire-leaving her to navigate the terrifying world of high-school mean girls on her own. With no one left to turn to, Dave joins forces with Justice Forever, run by a born-again ex-mobster named Colonel Stars and Stripes. Just as they start to make a real difference on the streets, the world's first super villain, The Mother assembles his own evil league and puts a plan in motion to make Kick-Ass and Hit Girl pay for what they did to his dad. But there's only one problem with his scheme: If you mess with one member of Justice Forever, you mess with them all.

Three years ago, a certain superhero inspired us. Kick Ass, that’s the name of the average teenager who made ass kicking fun and irreverent. Amidst the seemingly nonsensical violence, there was a message – you don’t have to own big mansions (read: Bruce Wayne), have super powers (yup, that’s you Peter Parker) or yield big hammers (can anyone beat Thor when it comes to showing off his rod?) to save the world. Matthew Vaugh’s (X Men: First Class, Layer Cake) movie adaptation of the comic book taught us that all you need is guts, and glory will be yours.

So came along this sequel three years later helmed by Jeff Wadlow (Never Back Down). With Vaughn and Brad Pitt on board as producers, it is difficult not to be looking forward to this one. The story continues from the first installment, where the costumed high school hero Kick Ass teams up with normal citizens who have been inspired to fight crime in costume. They are not glorified superheroes, with some dark pasts and sad secrets behind them. Meanwhile, Kick Ass’s friend Hit Girl feels the need to be all girly and popular (probably a hormone thing), and ponders whether to stop saving the world altogether. And because evil never rests, Red Mist plots an act of revenge which will change people’s lives forever.

The 103 minute movie prods along at a rather awkward pace initially, with a little too much emphasis on how the several characters are attempting to lead normal lives. Viewers who are great fans of the first movie may be surprised at how this sequel has toned down in terms of campiness and outrageous violence. Instead, we get doses of reality, where older viewers remember what it was like to fit in with the hip crowd in school, and the facades we put on to gain that extra bit of recognition.

Leads Aaron Taylor Johnson and Chloe Grace Moretz have grown up nicely since the last movie, and they tackle their roles well in this sequel adapted from the comics Kick Ass 2 and Hit Girl by Mark Millar and John Romita Jr. The 23 year old Johnson has a tinge of weariness in him, indicating the character’s awareness that the world is in dire need of help. He is never self righteous, and his performance evolves nicely throughout the movie, till the finale where he carries out his destiny. Meanwhile, the 16 year old Moretz has impressed us in her recent works Hugo and Dark Shadows, and her screen presence in this movie is strong. The chemistry between the two is charming enough for audiences to root for the duo.

So where is the fun that made us sit up and watch in the first movie? Unfortunately, they come in bits and pieces here. There are moments of stylised violence, and the villains are entertaining to watch. One would expect comedian Jim Carrey to be hilariously outrageous as Colonel Stars and Stripes, but there is something which tells us he didn’t have that much fun playing the role. Almost unrecognisable under the mask (and it isn’t the signature Jim Carrey voice you’ll hear), the actor does a decent job portraying the leader of a superhero group Justice Forever, but we just feel that there’s more to him than this.

The movie ends with an after credits scene, which makes you wonder whether there will be a third installment. With that, you can only hope there will be more snazzy characters and fizzy fun that is somewhat lacking in this movie.

(A sequel that isn’t as fun as its predecessor, but still manages to kick a few punches) 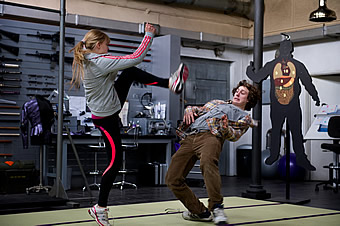 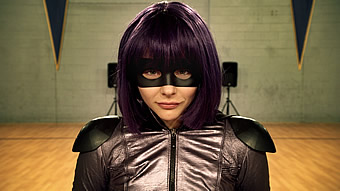