In the 19th Century-set story, Jane Eyre (played by Ms. Wasikowska) suddenly flees Thornfield Hall, the vast and isolated estate where she works as a governess for Adèle Varens, a child under the custody of Thornfield’s brooding master, Edward Rochester (Mr. Fassbender). The imposing residence – and Rochester’s own imposing nature – have sorely tested her resilience. With nowhere else to go, she is extended a helping hand by clergyman St. John Rivers (Jamie Bell of Focus Features’ The Eagle) and his family. As she recuperates in the Rivers’ Moor House and looks back upon the tumultuous events that led to her escape, Jane wonders if the past is ever truly past…

Aged 10, the orphaned Jane (played by Amelia Clarkson) is mistreated and then cast out of her childhood home Gateshead by her cruel aunt, Mrs. Reed (Golden Globe Award winner Sally Hawkins). Consigned to the charity school Lowood, Jane encounters further harsh treatment but receives an education and meets Helen Burns (Freya Parks), a poor child who impresses Jane as a soulful and contented person. The two become firm friends. When Helen falls fatally ill, the loss devastates Jane, yet strengthens her resolve to stand up for herself and make the just choices in life.

As a teenager, Jane arrives at Thornfield. She is treated with kindness and respect by housekeeper Mrs. Fairfax (Academy Award winner Judi Dench). Jane’s interest is piqued by Rochester, who engages her in games of wit and storytelling, and divulges to her some of his innermost thoughts. But his dark moods are troubling to Jane, as are strange goings-on in the house – especially the off-limits attic. She dares to intuit a deep connection with Rochester, and she is not wrong; but once she uncovers the terrible secret that he had hoped to hide from her forever, she flees, finding a home with the Rivers family. When St. John Rivers makes Jane a surprising proposal, she realizes that she must return to Thornfield – to secure her own future and finally, to conquer what haunts both her and Rochester.

After being overshadowed by the colourful backdrops in Alice in Wonderland (2010), Australian actress Mia Wasikowska finally gets to show us her prowess as the titular character in this British romance drama. Based on the 1847 novel of the same name by Charlotte Brontë, this beautiful adaptation of the important feminist classic has Wasikowska playing Jane Eyre, a girl who begins obscure, plain and little, but eventually matures to become a confident whole woman.

The era was 1840s. Our heroine starts off with a bleak childhood, where unkind adults made life difficult for the poor girl. Despite the suffering, she grows up to become a governess and meets a mysteriously cold and abrupt man in her new position. Their relationship strengthens and she finds herself falling in love with the man of the house. Just as she thinks that happiness is finally upon her, a terrible secret threatens to destroy it forever.

Younger viewers may not realise how influential the original literature text was, thus overlooking its importance in today’s society. With the advent of noisy and CGI laden blockbusters in cineplexes, it is easy to ignore films like this one. After many TV series, musical productions and film adaptations, it is important to take stock and introduce this tale of love and independence to the contemporary audience.

Beautifully filmed by Brazilian cinematographer Adriano Goldman, this polished production has an alluring brooding and moody quality which is nothing but luscious when viewed on the big screen. Be prepared to immerse yourself in the awe inspiring landscapes of London, Derbyshire and Chatsworth, where residences bear a foreboding presence, portraying the cooped up frustrations of the protagonist. The clothing style of that foregone era also had a unique look – and thanks to Academy Award winning costume designer Michael O’ Connor (The Duchess), you have to give credits to the cast for donning those costumes which probably made movement rather difficult.

At its simplest, the 120 minute film is a love story. It is also a tale of how a woman wants to be recognised for her individual’s worth. Watch out for the scene where Wasikowska’s Jane Eyre agrees to marry her employer Mr Rochester after proclaiming herself as his equal. The 21 year old actress personifies that respected spirit with much gusto, and proves herself to be one of the finer actresses of her time. The character’s subsequent decision to leave Mr Rochester is also a testament of her personal demand to be treated as an indpendent human being with her own needs and talents. As one sees Wasikowska wandering through the vast grasslands to Academy Award winning composer Dario Marianelli’s (Atonement) gorgeous score, it is hard not to feel the triumph of the human spirit.

Director Cary Fukunaga also had a talented cast to work with on his second feature film project. Michael Fassbender (Inglourious Basterds) plays the idealised but flawed male protagonist Mr Rochester, who is tricked into an unfortunate marriage before meeting our heroine. The German born Irish actor exudes an appealing charm which complements the character’s personality. English actor Jamie Bell (The Eagle) plays a clergyman who later befriends Jane Eyre, while Academy Award winner Judi Dench (Shakespeare in Love) plays a kind and respectful housekeeper who disapproves of Jane Eyre’s relationship with her employer.

With a stellar cast and fine production values in place, what’s required of you as a member of the audience is to use your heart to fully appreciate the film’s admirable themes of love, passion and independence. 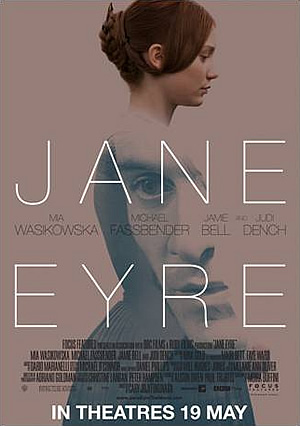 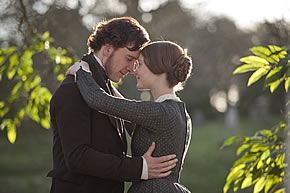 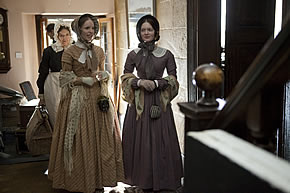 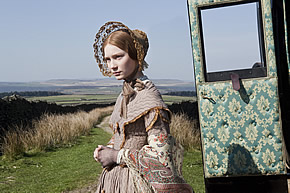 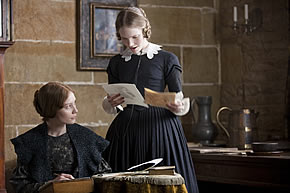