Synopsis: When children begin to disappear in the town of Derry, Maine, a group of young kids are faced with their biggest fears when they square off against an evil clown named Pennywise, whose history of murder and violence dates back for centuries.

As appealing as it may sound, turning a Stephen King novel into the next feature-length horror blockbuster has not been easy or straightforward; and classics like ‘Carrie’, ‘The Shining’, ‘Pet Sematary’ and ‘The Mist’ sit alongside duds like ‘Children of the Corn’, ‘Thinner’, ‘1408’ and most recently ‘Cell’. Fans of King will tell you that ‘IT’ is one of his quintessential works – from its small-town setting, to its coming-of-age story, to its central theme of one’s inner fears – and that any adaptation will most certainly be compared against the 1990 miniseries starring Tim Curry as the killer clown named Pennywise. None of that has thankfully been lost on director Andy Muschietti, who brings to vivid life the aforementioned classic King elements in a fun, gripping, poignant and frequently creepy thrill-ride that counts as one of the better, if not the best, big-screen translations we’ve seen.

Condensing King’s 1,100-page doorstop is no easy feat, but the trio of writers comprising Chase Palmer, Cary Fukunaga (originally set to direct) and Gary Dauberman opt wisely to shave his massive book in half. Instead of dealing with events in two distinct time periods, this two-hour, 15-minute picture focuses entirely on the childhood-set portions, transplanting the setting from the 1950s to the 1980s in the process. These events unfold over the course of nine months in the roughneck township of Derry, Maine, where a self-named ‘the loser’s club’ of outcasts are confronted with the presence of an otherworldly clown (Bill Skarsgård) who preys on the darkest fears and secrets of the children in the town. Six-year-old Georgie (Jackson Robert Scott), who is seen in the beat-for-beat page-to-screen opening sequence meeting with this sinister figure under a storm drain amidst a thunderstorm, is one such victim, and among the group is his older brother Bill (Jaeden Lieberher) still wracked with guilt for sending Georgie out alone.

The clan also consists of hypochondriac Eddie (Jack Dylan Grazer), foul-mouthed know-it-all Richie (“Stranger Things” star Finn Wolfhard), neurotic Bar Mitzvah trainee Stan (Wyatt Oleff), chubby introvert Ben (Jeremy Ray Taylor), chain-smoking tomboy Beverly (Sophia Lillis), and last but not least home-schooled loner as well as the only black kid in town Mike (Chosen Jacobs). Each one of these characters will come face to face with Pennywise in turn, their individual encounters establishing their respective backstories that are also the bases of their weaknesses. Eventually they will learn that they need to overcome their own fears stemming from their particular circumstances, and most of all, stand together united in order to overpower their demonic tormentor. It is through confronting this terror that these ragtag buddies will cement the bond of friendship and camaraderie between them, thus setting the stage for the next chapter promised by the movie’s finale 27 years later.

In King’s novel, Pennywise remains by and large an abstract menace whose existence is never quite explained, lending itself (pardon the pun) to metaphysical theories of who and what it (there we go again!) represents. Unfortunately, there is no such subtlety in Muschietti’s film, which points to some ancient evil in the town’s history as the origin of Pennywise. There is also no nuance in the horror here, which reinforce the diminishing returns of too many jump-scares – indeed, each sequence begins with a slow build and concludes on a deafening note. Not that they are not well-crafted; they most certainly are in order to maximise the suspense each and every time, but there is a certain rhythmic consistency by which they play out that slowly but surely undermines the shock impact that each successive one has on us.

More engaging than these series of increasingly predictable ‘boos’ is the fantastic chemistry between the children. Wolfhard all but steals the show with his motor-mouthed profanities and whip-smart quips, while Lieberher is as real and credible a teenage hero as it gets coping with the guilt from the loss of his brother at the same time as he is motivating his friends to stand up to Pennywise than shy away from it. But perhaps the most heart-tugging dynamic going on is the romantic triangle involving Bill, Beverly and Ben that so beautifully portrays the tentativeness of first love at the cusp of adolescence, without ever resorting to the histrionics of mutual rivalry; Taylor and Lillis in particular deliver heartfelt performances that never hit a false note. Muschietti elicits some of the most authentic acting we’ve seen in a long while from a teenage cast – and due mention needs to be made too of casting director Rich Delia for assembling this cast of mostly unknowns.

It is both the nuanced coming-of-age sentiment that the movie evokes and the investment in each one of the protagonists that makes ‘IT’ one of the finest King adaptations in a long while. To his credit, Skarsgård snarles and coos to twisted effect, stamping his own mark on this realization of Pennywise; but it is more fascinatingly entertaining than nerve-rattlingly disturbing. Neither for that matter are the depictions of the children’s own horrors, which too often rely on loud noises and sudden cuts to amplify the frights. But ‘IT’ rightly places the emphasis on each one of the seven losers – giving each its due, establishing their individual quirks and personalities, and grounding them in their angst and anxieties – while ensuring that it remains faithful to 80’s small-town pastoral sensibilities, therefore staying as true to the spirit of King’s novel as can be. Like we said at the start, the scorecard on King’s movies may be mixed, but ‘IT’ certainly deserves its place among the ones to be remembered and revered.

(Warm, funny and poignant, 'IT' is a beautifully told story of the joys, confusions and fears of childhood, and therefore better at being a classic Stephen King coming-of-age tale than a supernatural horror) 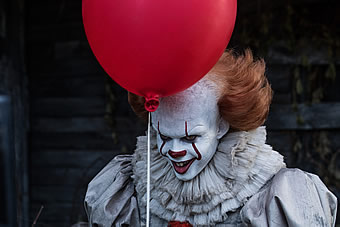 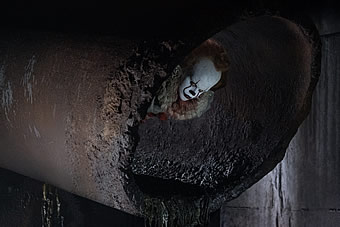 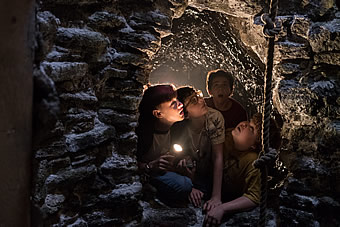 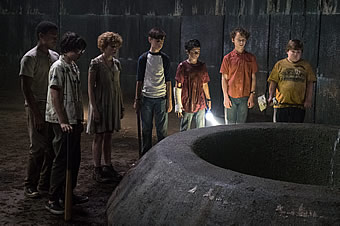 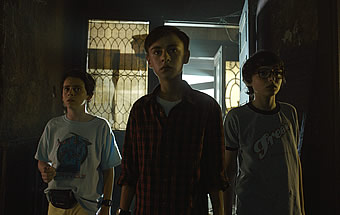