Synopsis: Once upon a time, an undercover agent with a dragon tattoo, Kowloon (Zhang Jin), continually helped the police to solve mysterious cases, and he was known as a rising star. However, his impulsive personality caused him endless troubles. He got himself into fights with a detective (Kevin Cheng) from Macau, as well as an American army veteran, Alexander (Anderson Silva), who has a secret relation to Kowloon’s background…

If you haven’t yet heard of Max Zhang, you should know that he is probably one of the most promising martial arts actors of our generation. It is therefore with much anticipation that we had awaited ‘Invincible Dragon’, which promised an epic action-packed showdown between him and Brazilian mixed martial artist Anderson Silva. And yet, after close to a two-year wait, this much-hyped match-up is sure to disappoint anyone expecting it to be gritty, intense and thrilling.

In fact, even as their climactic mano-a-mano takes place against the backdrop of the iconic Macau Tower, it is really nothing to shout about, marred by poor camerawork, choppy editing and over-the-top posturing. The same can be said of their warm-up round inside an old police station at the top of a hill, which while promising the intensity of a close-quarter fight, fizzles out long before they take a pause with Silva’s former US soldier rolling down the hill.

Despite boasting the choreography of Hong Kong veterans Stephen Tung and Jack Wong, the action is utterly underwhelming, devoid of much suspense, thrill and payoff. It doesn’t help that these scenes are also diminished by poor CGI, which further compounds how unnecessary they are in the first place. Instead of just concentrating on a one-on-one between Zhang and actress/ Taekwondo athlete Juju Chan, their scene on board a speeding light rail train has to end with a terribly CGI-ed shot of it spinning upside down out of control; ditto their Macau Tower fight, which has them freefalling off the top of the tower to dreadful CGI.

None of those embellishments should be needed in an authentic martial-arts based thriller, but clearly constructing his movie on that basis alone is too unambitious by director Fruit Chan’s standards. That is probably not surprising for those familiar with Chan’s oeuvre, whose acclaimed social commentaries sit alongside more uneven entries best forgotten. Chan’s name behind such an ostensibly mainstream crime thriller is undeniably surprising, and whether out of artistic conviction or the sheer compulsion to be different from the rest, he has so fashioned such a genre-defying movie full of disparate, even clashing, elements that you’ll be hard-pressed to even take it seriously.

Oh yes, rather than as police procedural or revenge thriller or both, Chan throws fantasy into the mix, such that the titular dragon is not simply metaphorical but literal, rearing its head in a twist at the end that is nothing less than preposterous. Take that as fair warning, because you probably won’t be suspecting that magical turn of events, even with a prologue that narrates how Max Zhang’s police detective named Kowloon had a childhood encounter with a nine-headed dragon and therefore believed his fate would be intertwined with the creature. Co-written by Chan and his regular screenwriting partner Jason Lam Kee-to, the story has Kowloon investigating a string of murders involving female police officers in Hong Kong’s New Territories. After his own team member and fiancé Fong Ning (Stephy Tang) is killed, Kowloon follows the case to Macau, where a policewoman had been murdered under similar circumstances, teaming up with local cop Tso (Kevin Cheng) in the process.

Truth be told, the story is a half-baked mess, complete with dead ends and random flashbacks that will leave you more vexed than intrigued. Same goes for Kowloon’s motivations, which are as murky as his behaviour is erratic, leaving you wondering if he is out to avenge his late fiancé or just to prove to himself that he had not lost the dragon spirit. There is also a whole bevy of inconsequential supporting characters – including Silva’s Iraq War veteran Alexander Sinclair, Tso and a Chinese medicine practitioner (Annie Liu) smitten with Kowloon – that are so sketchily defined you’d wonder why they even needed to be in the movie.

Far from being invincible, ‘Invincible Dragon’ is a laughable mish-mash of elements from different genres that add up to an incomprehensible whole. It’s not clear what Fruit Chan had in mind when he had conceived this project, and much as we are ultimately let down by its promise of a gritty match-up between Zhang and Silva, that is probably the best thing the movie has going for it. The fault isn’t of either star, although we wonder if the latter is better off sticking to his UFC day-job than branching out into acting, but that of Chan for thinking up such an illogical and incoherent piece of nonsense. Especially if you’re looking forward to some stirring hard-on action, we’d advise you to spare yourself the disappointment and go watch Zhang in ‘SPL II” or ‘The Brink’ or ‘Master Z: The Ip Man Legacy’ instead.

(There is only illogical, incoherent and irascible with this laughable mish-mash of genres, that fail even on its basic premise of delivering gritty, hard-hitting action) 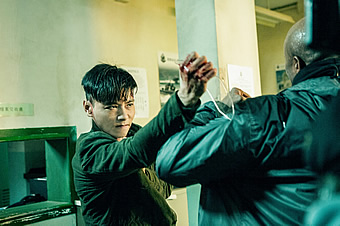 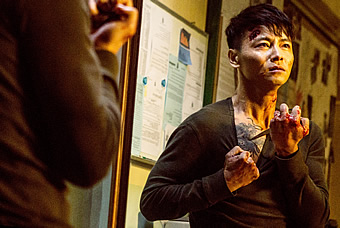 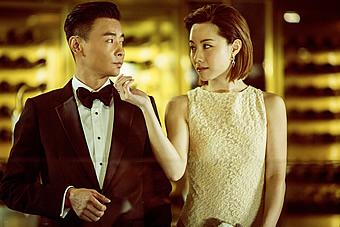 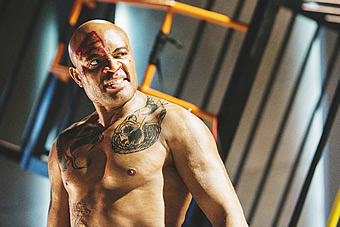