Synopsis: Based on the inspiring true story of the women in the "Gwanbu Trial". Moon Jeong-suk (Kim Hee-ae) is a hard-hearted successful businesswoman who is initially indifferent to the women of an anti sex-slavery movement. But she has a change of heart when she discovers an old friend's past as a comfort woman for the Japanese during World War II. This sparks Moon's determination to seek justice for 10 former comfort women, beginning an uphill legal battle against the Japanese government that lasted six years..

Probably the most challenging issue between Japan and the Republic of Korea is finding closure to the legacy of the ‘comfort women’, a euphemism for girls and women who were forced into sexual servitude by the Japanese military during World War II. Though Japan views that it had closed the subject back in 2015 with a formal apology and a 1 billion yen to support these victims, South Korea has since returned to it with the commemoration of the first ‘comfort women’ day this year and the unveiling of monuments dedicated to these women. So while director and co-writer Min Kyu-dong’s film is inspired by the ‘Gwanbu Trial’ in the 1990s, ‘Herstory’ is as timely as ever in portraying the emotionally charged matter. It is also one of the most nuanced among similar films, and by virtue of that, inimitably moving.

At the heart of the movie is a group of ten former ‘comfort women’ who take the Japanese Government to court, demanding that they are owed an apology and compensation under the Constitution as victims of Imperial Japan’s war and colonisation. A total of 23 hearings took place over six years between 1992 and 1998, with these women travelling up and down from Busan to the Japanese city of Shimonoseki in order to have their case heard. But rather than lose focus just by sheer number, the film trains its sight on four of them – namely, the stoic housekeeper Jeong-gil (Kim Hae-sook), the lively and vivacious Soon-nyeo (Ye Soo-jung), the sweet and charming Gwi-soon (Moon Sook), and the dementia-ridden Ok-joo (Lee Yong-nyeo). Each will get her turn on the stand describing her own horrific experience, and it is notable that Min entrusts these veteran actresses’ narration to bring their characters’ ordeal to life than resort to flashbacks to do the same.

There is a fifth female character whose role is no less significant – the strong-minded and fiercely independent middle-aged single mother Jeong-suk (Kim Hee-ae), who decides to channel her own travel agency’s money to finance the legal and travel expenses of this watershed trial. Though she starts off indifferent to the struggles of these women to gain recognition for their case, Jeong-suk has a change of heart after meeting some of them face-to-face through a support centre she had set up within her company premises. It is through this process that she discovers her very own housekeeper Jeong-gil is one of these survivors, and although her starting point was to reform the image of her agency accused of running prostitution tours for Japanese tourists (yes, the irony is intentional), Jeong-suk becomes personally invested in ensuring that justice be served.

As much as her presence may seem like an unnecessary detraction from the true victims themselves, Jeong-suk turns out to be an excellent complement in the narrative – not only does she function as the audience surrogate, she serves as a contemporary example of the tenacity and resilience that her predecessors had portrayed during the war by holding her own in a patriarchal society. That Kim’s performance is one of guts and gusto makes her presence even more welcome, and her chemistry with her accomplished female co-stars is spirited and heart-warming. Most notable of course are her scenes with Kim Hae-sook as their characters grow in mutual understanding, finding in each other kindred spirits akin to that between mother and daughter, not least because Jeong-gil is like a grandmother to Jeong-suk’s teenage daughter.

Especially given the numerous public and political statements on the issue, Min’s refrain from pontification is almost refreshing, choosing instead to emphasise the individual struggles of his characters for whom no measure of apology or compensation may seem sufficient for reconciliation. Oh yes, as cruel as that may sound, it is telling from these accounts that the psychological scars from their past are forever seared into their consciousness, and not time or recompense can come to ameliorate their suffering. But at the very least, recognition of what they had gone through serves to mitigate their indignation, and ‘Herstory’ offers poignant clues as to why this emotive part of history will probably never go away, as much as it may seem practical and even ideal to simply move on.

So as natural as the ‘Gwanbu Trial’ lends itself to cinematic interpretation, it is admirable that Min opts for a restrained, than manipulative, approach which unearths surprising depths of emotion on a deeply personal but highly politicised issue. Like its title suggests, the focus here is really on the five women who dare to withstand public scrutiny and debate so that their stories can be heard, and the film ultimately does justice to the real-life characters whose experiences are the very basis of the narrative. There is not a dull moment in this briskly-paced, well-told drama, and we dare say not likely a dry eye to be found in the cinema by the time the credits roll.

(True to its title, this intimate, restrained and nuanced portrayal of the struggles of 'comfort women' is deeply moving) 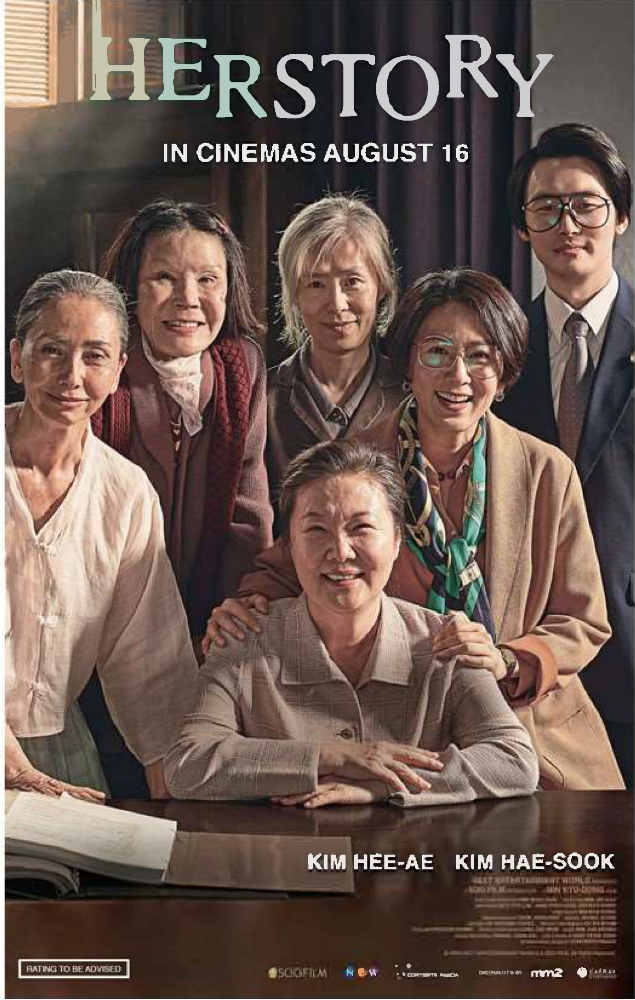