Synopsis: Every campus has its own horror tales passed down from seniors. The Haunted Universities tells three of the scariest tales: Last Cheer, The C and The Abandoned.

Everyone loves a good horror movie, even if you are a scaredy cat who cowers in fear at when the unknowing protagonist tiptoes through an eerie corridor, or covers your eyes when the helpless damsel in distress comes face to face with an unnatural being. And that is why there is always a market for this genre. As viewers in this part of the world, Asian horror flicks have a special place in our hearts. If you have seen enough scary flicks from Thailand, you’d know they are often unnervingly effective in sending chills down your spines.

So it doesn’t really matter when Thai horror movies feel somewhat similar after a while, because the very thought of the story being a probability in this part of the world is enough to make you want to watch and find out whether there is a lingering curse out there in your vicinity.

Audiences may not be patient enough to sit through a two hour movie these days, especially if the screenplay is predictable and bland, and worse – if you are not a fan of the cast. So this movie smartly incorporates three tales in its 130 minute runtime, and thematically has the stories take place in school campuses.

Ekapon Sethasuk directs the first segment “Last Cheer”, where we see a group of freshmen gathering in a “cheer room” for what seems like an orientation camp. They are asked to sing the school anthem (which sounds really creepy, if you ask us), and things go awry during the customary ritual when one of the girls begin acting strangely.

This is a slow burning drama about a friendship between two girls who can see ghosts. The occasional jump scares are not exactly startling, but they are atmospherically visualised on screen (watch out for a sequence where a group of ghostly beings appears as a mirror image on the ceiling as they broodingly sing the school anthem). Praewa Suthumpong and Panisara Rikulsurakan headline “Last Cheer”, and the segment ends on a bittersweet note, which is a promising sign for the next two stories.

The protagonist of ”The C” directed by Jatupong Rungruengdechapat is a hardworking medical student who has the bad luck of staying in a dormitory previously occupied by another star student who died in an accident on the school’s anniversary. The ghost of the dead student returns to visit and things do not look good for the earnest dude who made the mistake to stay overnight.

Teeradon Supapunpinyo plays the lead character in this segment and he has quite a bit of work to do, considering that he is alone in most of his scenes. The story also takes its time to develop (Sawanya Paisarnpayak has a bit of screen time as the girlfriend who tried to warn him of the impending misadventure), and while the build up was intriguing, things do feel a bit overdone when the dead student shows up (like a zombie, of course) and regrettably, very little is left to imagination.

As we venture into the third segment “The Abandoned” helmed by Pataraporn Weerasakwong, we wondered whether it’ll also be slow moving like the first two tales. The premise is simple: a student asks her brother to return her laptop in the middle of the night (we are okay to oversee logic here), and he takes a wrong turn towards the old building where it is, well, obviously haunted.

This is our favourite segment because of the offbeat approach to tell the horror story. There is great use of comic timing and creative editing that makes you feel like you’re watching a variety show. Krit Jeerapattananuwong is a natural in his role as the brother who is supposedly a failure in life (he is also trying very hard to win back his girlfriend while being chased by ghosts), and his screen presence is complemented by Khemisara Pholdej who plays his all knowing sister. There is even a heartwarming moment at the end of this segment which closes the chapter on a pleasant note.

(Another effective horror movie from Thailand that delivers scares, laughs and creativity)
Review by John Li 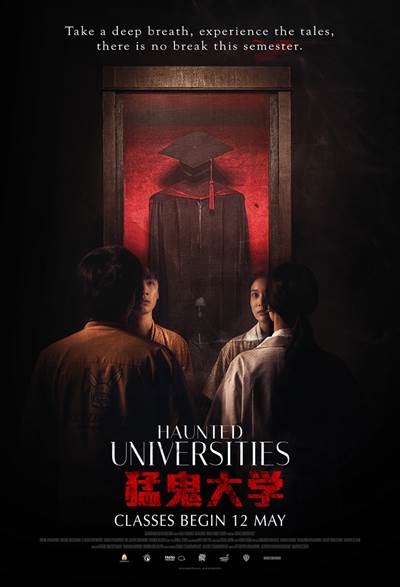 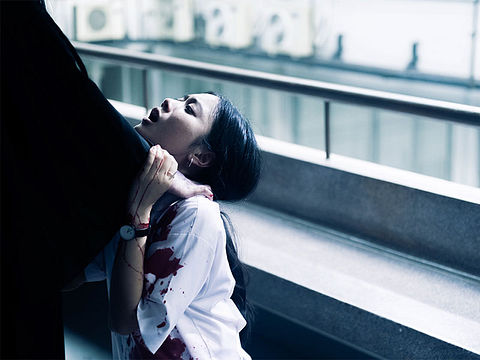