Synopsis: In Summer 2014, the world’s most revered monster is reborn as Warner Bros. Pictures and Legendary Pictures unleash the epic action adventure “Godzilla.” From visionary new director Gareth Edwards (“Monsters”) comes a powerful story of human courage and reconciliation in the face of titanic forces of nature, when the awe-inspiring Godzilla rises to restore balance as humanity stands defenseless.

We don’t blame the Japanese for their ambivalence towards another Hollywood rendition of ‘Godzilla’; after all, Roland Emmerich did a pretty bad botched job back in 1998, treating the monster as just another creature bent on devastation and missing the point entirely why it is such an enduring icon in pop culture. And so even as some begin to diss this latest attempt at reviving the franchise by criticising it for having gotten ‘fat’, we don’t blame the initial cynicism, especially since Hollywood already has its ‘Jurassic Park’, ‘Cloverfield’ and even last summer’s ‘Pacific Rim’.

Uncharacteristically, the person at the helm of this $150-million production is a certain Gareth Edwards, a Nuneaton boy who has only had one other feature-length film to his name - the micro-budgeted ‘Monsters’. It’s a daring choice to say the least, but also one that ultimately proves inspired. Edwards eschews the elements of a conventional Hollywood crowdpleaser for something more grounded in myth and pathos, charting a smart middle ground that respects the origins of the creature from its atomic age roots while being entirely in tandem with the modern zeitgeist.

In filmic terms, Edwards tries to honour the character B-movie conceit while delivering a Dark Knight-esque blockbuster steeped in family tragedy, government cover-ups and Post-War on Terrorism sensibilities. So for the first hour, he presents eerie stock footage of Pacific nuclear tests in a title sequence, a nailbiting opening set in 1999 at a Fukushima-style power plant, and then a touching story of estrangement in present day between a father and son pair (Bryan Cranston and Aaron Taylor-Johnson respectively) that results from the disaster at the said nuclear station.

Besides Cranston and Johnson, Edwards has also assembled a formidable group of actors to handle the dramatic weightlifting. Ken Watanabe and Sally Hawkins are a pair of scientists working with a secret research group that has been studying Godzilla since the 1950s, while David Strathairn is the Admiral coordinating the United States’ response to the emergence of the creature. But mostly, screenwriter Max Borenstein emphasises the displacement - and reconciliation - between Cranston’s nuclear plant engineer and Johnson’s explosive ordinance disposal jockey in the U.S. Navy after the death of the former’s wife and the latter’s mother (played by Oscar winner Juliette Binoche).

On the creature front, Edwards and Borenstein slowly unveil an alpha-predator referred to as MUTO — or “Massive Unidentified Terrestrial Organism” - which in Godzilla lore is really a mechanised version of the Mothra. Those who expect a humans-versus-Godzilla showdown the way Emmerich’s version had played it out will be quite surprised at the turn of events here, and we’re keeping mum here so we don’t spoil the surprise for anyone. What we will say is that Edwards really knows how to play things out, baiting and tantalising his audience as he teases the creatures slowly and with increasing attention to detail.

Admittedly, that does take a while before we get the chance to see Godzilla - or for that matter, the MUTOs - in their full majesty, but the wait is more than worth it. Indeed, Edwards reins in the destruction till right at the end, so be prepared for cutaways at certain critical scenes (especially one in Honolulu where a monster-versus-monster showdown takes place offscreen) which may be pretty frustrating for the less patient viewer; but let us reassure you that you won’t be disappointed by the epic finale that totally annihilates downtown San Francisco on a scale rarely witnessed. It is here that we get to witness the beast’s display of bulk and power, and Edwards nails the sheer thrill of watching these monsters rip through buildings with their sheer size and physicality that turns the Bay Area into rubble.

Unfortunately, it is also during the last hour of spectacle that we realise more clearly the shortcomings of Edwards’ film. Try though he may, there’s no denying that the character beats grind to a halt once the action takes over, what dramatic momentum the movie had earlier reduced to a simple rescue mission whereby Johnson tries desperately to get to his wife (Elizabeth Olsen) and child trapped somewhere within the city. You could even go so far as to say that the B-movie clichés emerge all too clearly as soon as the monster is in play, with the scientist (Watanabe) at odds with military brass and the latter proving once again their hubris by thinking that their might is greater than that of nature. At once, it is also apparent that Edwards does not quite manage to conceive the ‘Dark Knight’ of monster movies, settling instead for nothing more - or less - than a well-made engaging creature feature.

So no matter how Edwards or his actors tries to spin it, there’s no denying that it is the monster action that counts at the very end. As the human characters get reduced to moving from location to location chasing the beasts, ‘Godzilla’ rightly becomes the monster blockbuster that summer-going movie viewers will love. The creature effects are terrific, even more so than in ‘Pacific Rim’ if you must know, and the ‘kaiju action’ is certainly where it delivers by the motherload. We dare to say even that it will not disappoint fans of Ishiro Honda’s 1954 Toho release, nor fans who have grown up with the evolution of the beast in pop culture over the past six decades. It may not accomplish its ambition of being the character-driven feature it aspires to be, but as a sock-em-up monster movie, this one is certainly worthy of the creature’s title ‘King of all Monsters’.

(Monster movies don't get any more thrilling, or pulse-pounding, or adrenaline-pumping, or jawdropping than this epic display of size and ferocity) 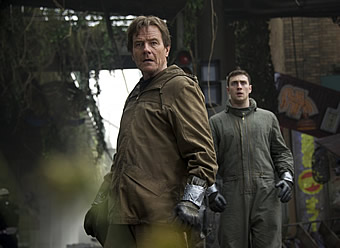 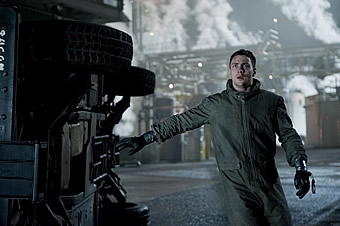 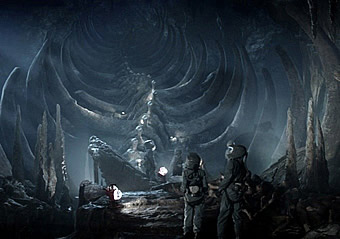 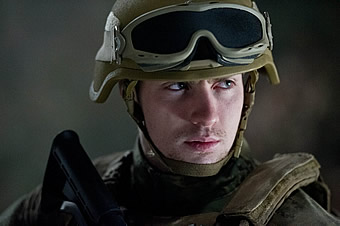