Synopsis:  Inspired by a true story, Fisherman’s Friends tells the heartwarming tale of a Cornish all-male group that go from singing sea shanties to shooting up the charts. Taken by their performances, music manager Danny takes a punt on this amateur outfit, made up of hardy fishermen and lifeboat volunteers. As he vows to turn this crew into the world’s oldest buoy band, he finds more than a good record deal. When you open your heart, life, love and friendship can play the most harmonious tune…

If you’ve seen ‘The Full Monty’ and ‘Calendar Girls’, you’ll know what sort of movie ‘Fisherman’s Friends’ is. Oh yes, despite taking considerable liberties from the true-life story of an an all-male a capella folk singing group from Port Isaac in Cornwall, who in the noughties became an unexpected hit for their authentic sea shanties, this likeably oh-so-British comedy-drama packs more than enough feel-good humour and charm to leave a big, broad smile on your face.

The completely fictional part of the story has high-flying London music producer Danny (Daniel Mays) journeying to Port Isaac with three of his colleagues for a stag do, whereupon he encounters the group of local sea shanty singers led by Jim (James Purefoy) and his dad Jago (David Hayman). As tightly-knit as you can imagine, these men are fishermen by morning, rescuers by day and performers by week, and it just so happens that Danny and his mates are in town when the group gather for a singsong on the harbour side.

Danny is pranked by his mates to talk the fishermen into signing a record deal, and is thus left behind on his own in the community who regard them as “wankers from London”. Though at first sceptical, Danny is slowly bought into their brand of friendship and togetherness, so much so that he decides to stay on out of his own accord when his friends reveal that they were just pranking him – that, and the fact that Danny has a crush on Jim’s daughter, a single mother named Alwyn (Maggie Steed) who runs the town’s B&B where Danny is staying.

You can probably guess where the film steers itself to: not only will Danny slowly win the trust of these Cornish fishermen, he will also gradually win over Alwyn and her lovely young daughter, and there will be one more inevitable misunderstanding which threatens to tear all that apart before everyone gets his or her happily-ever-after. We’re not going to spoil it for you here, but you’ll know well before it comes just what it is that will come between Danny and the fishermen/ Alwyn way before it happens.

Yet what it lacks in terms of surprises, the movie more than makes up for it with heart and humour. Both its director Chris Foggin and its trio of writers (comprising Piers Ashworth, Meg Leonard and Nick Moorcroft) approach the material with utmost sincerity and not a hint of disingenuity, so much so that you’ll be embarrassed to think that they had any other intention than to celebrate the triumph of a group of underdogs and a person who had faith in them. Oh yes, there is plenty of heart in this adaptation all right, and much, if not most, of it will certainly be heartfelt.

If at the same time it never gets cloying, that’s credit to the excellent cast assembled here, who bring much warm cheer to the proceedings. While there admittedly could be greater definition to their respective characters, you’ll certainly cannot miss Hayman and Dave Johns (from Ken Loach’s ‘I, Daniel Blake’), both of whom are suitably salty yet crustily charming. The chemistry between the grizzled bunch is also hugely enjoyable and extremely infectious, and even if their singing isn’t that impressive, makes their performances absolutely winning.

At the very least, ‘Fisherman’s Friends’ is akin to a warm bowl of Brit comfort food, especially if you need a cure from cynicism. But as formulaic and predictable as it may be, we must say we lapped it up more than we expected ourselves to, thanks to its gung-ho ensemble, earnestness and pathos. It is thoroughly amiable, often upbeat, and perhaps even uplifting, so if you’ve enjoyed similar feel-good Brit fare, you’ll surely love to hang out with this bunch.

(Formulaic and predictable, yet utterly charming and winning, this feel-good Brit comedy-drama will leave you with a big, broad smile on your face) 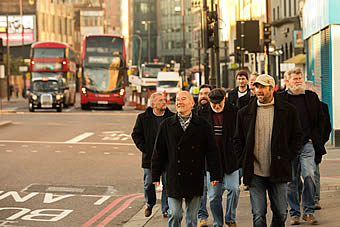 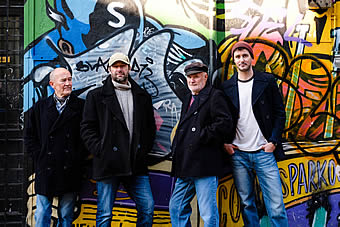 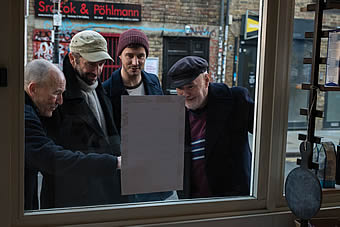 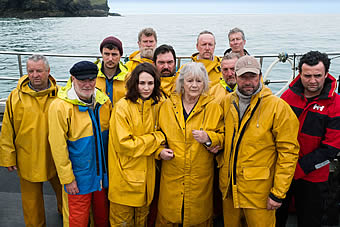