Synopsis:  The narcotics team works hard day and night, but their performance remains at an all-time low, leading them to become the ugly duckling of the police department and potentially face dismantlement. Captain KO gets intel about an international drug deal and embarks on a risky undercover mission with his entire team. In order to establish around-the-clock and up-close-and-personal surveillance, the team takes over a rundown chicken joint across the street from the drug gang’s safe house. But things take an unexpected turn when Detective MA’s yet unrevealed culinary talents begins to shine, turning the chicken restaurant famous overnight. Should we chase chickens or criminals? When customers begin to flock in, undercover work gets pushed to the back burner so the detectives can focus on frying chicken. As a result, the team misses the big drug deal, even though it happens right under their nose. Now, with nowhere to go, the detectives launch a desperate mop-up operation.

It felt like somebody’s birthday party. Plus there’s fried chicken.

Between the snacks crackling and the people chuckling, the atmosphere at the premiere was buzzing with cheer. I haven’t witnessed such an easy sense of mirth at a screening for years now, no doubt helped by the continuous rain of laughter at the antics onscreen. The verdict’s in - Extreme Job clocks in easily as comedy of the year for this reviewer.

Back home in South Korea, the statistics also agree. The film is the fastest comedy to reach two million views, taking only four days to achieve this feat, while also becoming the second most-watched film ever, in the country.

Even the madcap synopsis is a winner: A group of underperforming detectives earn no respect in the force, and their reputation as a bungling squad limits their assignments. Their Detective Chief Go (Ryoo Seung-Ryong) is given one last chance to redeem the team with a lead on a high-profile criminal leader, Mubae (Shin Ha-Kyun), so he invests his pension on an ailing fried chicken joint as the perfect sting operation headquarters. They get unexpected success, not with their covert spying, but with their winning recipe, and is catapulted into fame as the hottest restaurant in town.

Director Lee Byeong-Hun is a natural at the helm. The film is silly fun, with a range of humour that should please every viewer. And while the core stays zany, it never becomes juvenile or lame. Together with writer Bae Se-Young, the script is a zesty piece of entertainment realised by Lee’s extraordinary control and leadership.

The sharp writing is dealt to an equally capable cast. Lee Ha-Nee, Jin Seon-Kyu, Lee Dong-Hwi and Gong Myung never let up on their timing, delivering quick punches of dry wit and cold observations to hilarious effect. They are like a family that don’t get along, but come together, fuelled by their need for validation and bonded by their mission.

The expressive cast delivers slapstick with exceptional body acting, keeping their performances from becoming lame. Their comic timing distributes the pacing for a flowing continuous tone. This commitment is a fine quality of Extreme Job, where even side characters like the original fried chicken restaurant owner, or a thug perform their roles with gusto. This enthusiasm infects the audience with the same.

And as ridiculous some of the situations are, it’s still surprisingly believable. As the detectives react to happenchance, their efforts stay grounded - it’s only their reactions that remain dysfunctional, and injects zing into every event. From swivelling whiteboards to hide them from curious customers, to the detectives’ meticulous but random phone greeting for their restaurant, their daily run-ins are a riot to watch as they unfold.

Before you peg this as a standard, stereotypical rigmarole, do yourself a favour and give this South Korean comedy a Go. I promise you enough surprises (especially in the later half) to change your mind. You’ll be hungry for more.

(A stellar production juiced up by sharp performances. It’s laugh-a-minute, knee-slapping fun for everyone, even if you don’t usually have a taste for wacky films. Comedy of the year, easily) 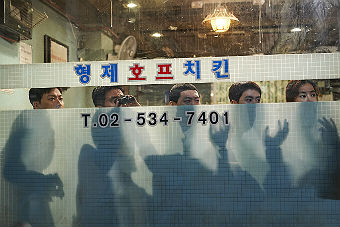 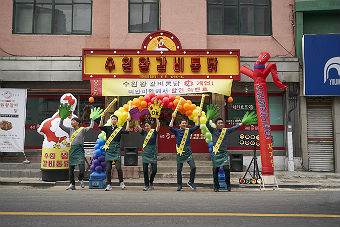 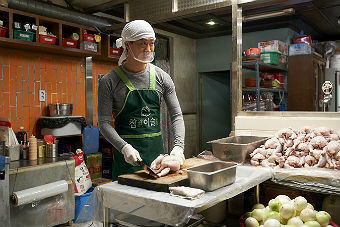 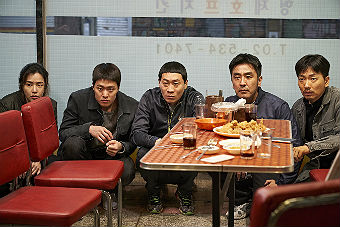 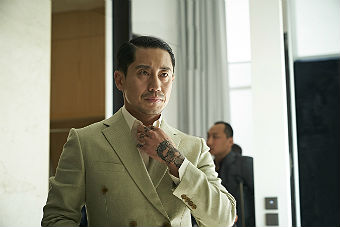 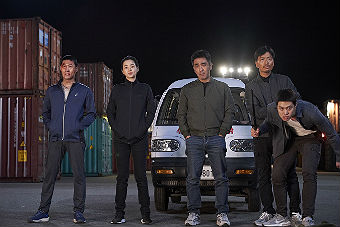