Synopsis: Chen Xiaomeng is a theater actor who just can’t catch a break in life. His career is in shambles, his love life is depressing, and he can’t even properly commit suicide. Before he takes another attempt at suicide, he decides to visit the local bathhouse so he can die with dignity. In the bathhouse, Xiaomeng accidentally causes a man to slip on a piece of soap and falls into a deep coma. In a split second, he decides to switch places with the comatose man, only to discover that the man is a renowned professional assassin. Under his new identity, Xiaomeng is forced to undertake the assassin’s missions. Meanwhile, the assassin wakes up in the hospital with no memory of his identity. Believing that he’s the failed actor, he begins piece together his “past life” with the help of single mother Li Xiang. As he tries to “continue” his life as an actor, the amnesiac assassin and Li Xiang develop a bond. But when the assassin regains his real memories, our three heroes become entangled in messy and complicated ways.

Endgame no relation to Avengers is a remake of a little-known 2012 Japanese movie, Key of Life which in turn also spawned another remake, the 2016 Korean version, Luck-Key.

Adapted to the screen by director Rao Xiaozhi and stars Heavenly King Andy Lau with one half of Chopstick Brothers, Xiao Yang, Endgame tells the story of how a contract killer, Zhou (Lau) switches identity with a down-and-out extra actor, Chen Xiaomeng (Xiao).

In the opening sequence, we see how Lau’s character expertly carried out his killing and shortly after, we cut to Xiaomeng failing to kill himself before visiting the bathhouse for a shower. And it’s there at the bathhouse, the two met and Xiaomeng assumed the identity of Zhou after he fell and suffered from amnesia. Zhou woke up thinking he is just a poor actor living in a dilapidated rental unit while Xiaomeng spent and enjoyed Zhou’s riches not knowing that he is an assassin for hire.

The first hour of the comedy is candid and amusing with Xiaomeng enjoying the wealth of others to the fullest and Zhou romancing a single parent, Li Xiang (Wan Qian) and trying his best to learn how to be an actor or extra in this case. Needless to say, there’s more coming up especially when an underworld figure, Sis Hui engages Xiaomeng to kill the partner of her infidelity husband.

There’s no exaggerated or over-the-top performances from both Lau and Xiao Yang because the plot doesn’t require them to do so. Instead of doing a fantastical body-swap liked Big and Freaky Friday, Endgame keeps things (almost) relatively grounded. Lau puts in a subdued performance in general and despite the fact that he is well over his fifties, he still looks remarkably well-maintained opposite his 38-year-old co-star, Wan Qian. Xiao Yang has proven he is much more than a comedian after Sheep Without A Shephard. As Xiaomeng, he is convincingly awkward, awfully funny without being overly cringy.

The very obvious flaw is that the movie tends to be overly complicated and busy in the final act. Zhou regains his memories. Li has her son kidnapped. Sis Hui wants to kill Xiaomeng. And that is the general description of the finale without resorting to revealing the so-called big twist. Honestly, there’s close to none if you are looking for some action-oriented bits although Rao did throw in two pop-cultural references in the form of A Better Tomorrow and A Moment of Romance, those too young however might not catch it though.

We got to admit while Rao’s version is more restrained, it also has a lot of heart. The movie largely fulfils the expectation of a body-swap comedy but without any grossed-out body gags and offensive humour. Endgame offers a lightweight escapism experience for everyone in the family this Lunar New Year. As with any other CNY titles, all’s well end’s well. 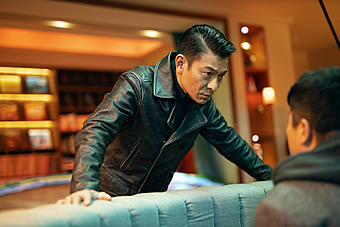 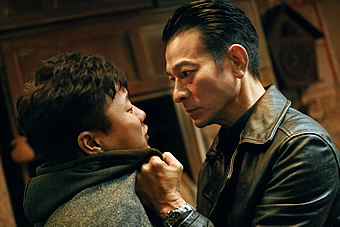