Synopsis: Five couples are brought together by an accident. Their relationships can form one complete life story: Impoverished Chen loves Shen. He proposes marriage. Shen’s wealthy former lover woos her anew. In the end, who will win Shen’s heart? Wu and Zhang seem to live a placid life but Zhang has been tolerating her cheating husband for years. When she finds photographic evidence of his affair, she learns to face her shattered marriage with courage. Middle-aged merchant Liu and his wife try to salvage their passionless marriage with a “tryst”. It almost failed but a phone call from their daughter reminded them of their love. Teenager Liu is upset because her parents refuse to pay the entrance fee for a cello competition. Song, who has a crush on her, works to earn the entrance fee. When he is ready to surprise her, he discovers her parents already paid, but what promise did Liu make to her parents in order to take part in the cello competition? Elderly woman Gao arranges a date for elderly man Wang. She hooks him up with Xie. Xie expresses much interest for Wang, but guess what she found out just as she confesses her love for him.

It’s probably daresay on this reviewer’s part, but he can confidently say most of his countrymen do not have good impressions of Mainland Chinese. Words like “rude”, “loud”, “unreasonable” and “pushy” would come to mind if a group of Singaporeans gather to discuss the rather controversial topic of foreign talents. This writer had spent a good two weeks in Chinaa while back, and while he can’t proclaim to be a know it all of the Chinese way of life, but he’s well aware of the difference in cultures between the two countries.

After watching writer director Chen Sicheng’s debut feature, he would even go to the extent of stating that he’s proud of his ancestral country.

A spin off of a hugely popular Chinese TV series of the same name, this 122 minute movie features five interwoven stories that talk about, yup, you’ve guessed it – love. There are no returning characters or sotry threads in this production, so one doesn’t need to worry about requiring prior knowledge to enjoy the movie.

Chen, who is a member of the TV series’ ensemble cast, plays the male protagonist in the first tale. He portrays a somewhat unsuccessful young man who quickly falls in love, impregnates and proposes to Tony Liya’s character (the two are an item in real life). The second thread focuses on Wang Xuebing’s married man whose wife (Yu Nan) discovers his infidelity and becomes determined to seek revenge by having a wild night out. Most of us would enjoy the third segment, simply because of Tony Leung Ka Fai and Carina Lau’s presence. They play a couple seeking a different sort of wedding anniversary celebration in Greece.

The fourth and fifth stories are this columnist’s favourites – one is a sweet and idealistic tale of a high school student (Liu Haoran) who finds himself wanting to go the extra mile for a young cello prodigy (Ouyang Nna), while one is a bittersweet account of a matchmaker (Siqin Gaowa) who goes all out to find the right life partner for Wang Qingxiang’s elderly man.

It is no wonder that the movie set a single day record for a 2D film in Chinawith $102 million RMB, given its immense likeability. While some characters are more pleasant than others, you find yourself agreeing with the quotable quotes spouted by the characters. And this is what this reviewer feels is the Mainland Chinese’s way of life. A simple discussion on love can take place over a few bottles of beer and a boiling steamboat, or an exquisitely prepared dish and a pot of fine Chinese tea. And most issues and perspectives discussed are poignantly true enough for you to reflect on your own life.

The movie sets the cosmopolitan Beijingin the background, and puts its characters to life’s test of discovering love in various sorts of ways. While some segments may be more appealing than the others, the ensemble cast is a capable one, with particularly touching performances from the veterans.

You may be reminded of Richard Curtis’ Love Actually (2003), but we’d advise you not to regard this effectively moving movie as a cheap imitation (the co-relation is admittedly there, considering this is a product from China), and you’d find yourself walking out of the theatre suitably impressed with this commercial and critical hit. 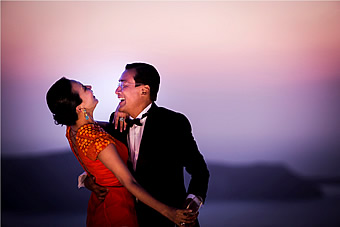 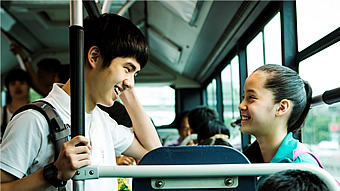 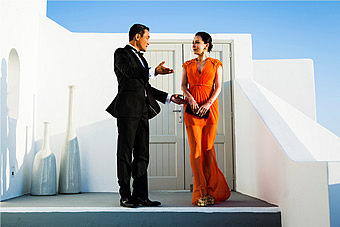 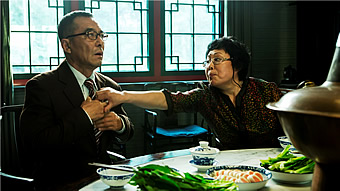