Synopsis: From director Clint Eastwood comes "American Sniper," starring Bradley Cooper as Chris Kyle, the most lethal sniper in U.S. military history. But there was much more to this true American hero than his skill with a rifle. U.S. Navy SEAL sniper Chris Kyle is sent to Iraq with only one mission: to protect his brothers-in-arms. His pinpoint accuracy saves countless lives on the battlefield and, as stories of his courageous exploits spread, he earns the nickname "Legend." However, his reputation is also growing behind enemy lines, putting a price on his head and making him a prime target of insurgents. Despite the danger, as well as the toll on his family at home, Chris serves through four harrowing tours of duty in Iraq, becoming emblematic of the SEAL creed to "leave no man behind." But upon returning home, Chris finds that it is the war he can't leave behind.

‘American Sniper’ is based on the autobiography of Chris Kyle, also known as the most lethal sniper in US history. That said, the film not only explores Kyle’s four tours to Iraq (with Kyle played by an extremely buff Bradley Cooper), but also explores his childhood (briefly), motivation for joining the US Navy SEALs, family life and after he was honorably discharged.

War films are not exactly the films I will typically watch for two main reasons:

First, the cheesy impetus to join the Force. The way someone could just decide, at a snap of a finger, to join the force after a single triggering event bewilders me. At this point of time, the character is lured by his romanticized vision of war, without considering what fighting and killing really entails. Perhaps it does not happen in reality, but it does seem so in most war movies. Also connected to this are bravado and jingoism, and an oversized ego.

Next, the one sided portrayal of the enemy, and placing the protagonist against a faceless “Other”. True, it is the victors that write history, and they have no reason to glorify the enemy. But that doesn’t make the enemy any less human, and this element is often lost in films, where time is a precious commodity.

Sorry to be a downer here, but the American Sniper contained both of these pitfalls. In the movie, Kyle was suddenly struck by the impulse to join the army while drowning his sorrows in alcohol, and watching the news. He undergoes the grueling SEAL training, romanced his wife, and is flown to Iraq. While being in Iraq for more than a thousand days, Kyle guns down terrorists lurking in the shadows, earning the title “Legend” and a bounty on his head.

Thankfully, the stereotypes end here. While the deadly sniper portrayal is present throughout (the audience was reminded of his “gift” and “sheepdog” instinct early in the film), the film also features Kyle stateside, growing increasingly distant from his family, trying to cope with PTSD, guilt, and his failure to protect his comrades.

As Kyle, Cooper does a convincing job at being the patriot, the sheepdog, and the guilty, especially in the quieter moments of the film. Used to the violence in Iraq, the relative peacefulness of being stateside was probably unnerving, and Cooper shows this by his jumpiness as well as brooding reticence. This might come across as being over the top, but Cooper somehow manages to pull it off.

As for the treatment of the enemy, the film does give a name and face to them, although they are often shown as being excessively brutal or simply moving targets. The main enemy, one that Kyle grapples with throughout his tours, is the enemy sniper, a Syrian ex-Olympic shooter. Both snipers, American and Syrian, were shown to be more similar than they seem – having a family with children, and yet forsaking them to fight for their beliefs. For me, this was the most powerful message of the movie: that there is no good or evil, but simply different beliefs and ways of protecting them.

The film’s unflinching and realistic take on war would probably not disappoint war film aficionados, with explosions, miraculous running in gunfire without being hurt, and pin-point sniper accuracy that almost felt like a video game. Being a film about snipers, well, the bloodiness was to be expected. However, director Clint Eastwood does not brood too much on it, simply showing enough to paint a realistic picture.

Portrayal of the war veterans brings to mind a line from Wilfred Owen’s poetry, “legless, sewn short at elbow”, but that is not to say the scars are only on the surface. For Kyle, who was mentally crippled by PTSD, the camaraderie between comrades was both his downfall and his savior, and the film showcases an honorable man who fought for his country and beliefs even to the end.

(The film serves as a timely reminder that war is not only about patriotism and sacrifice, but also what lies after, when the soldiers are irrevocably changed by their participation, making it all the more poignant) 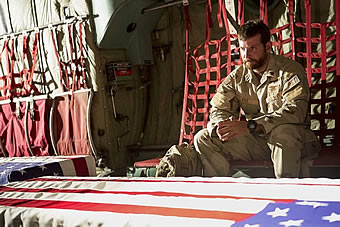 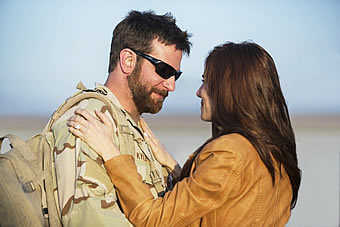