Synopsis: In 2005, two women are approaching 30 years old. Christy Lam (starring Chrissie Chau) is fearful of the future as she struggles with the stress at work, her aging but annoying parents, and her seemingly stable yet stagnant relationship. On the other hand, Wong Tin-Lok (starring Joyce Cheng) has never been in love, and her job is taking her nowhere. However, she is optimistic towards life, and makes a bold decision to just pick up her bags and fulfil her childhood dream. Christy makes a temporary move into Wong’s apartment. Through Wong’s diary, Christy discovers that they share the same birthday, and learns about her life. As their virtual bond grows, Wong’s alternate approach to life becomes an integral part of Christy’s own. Who has entered whose world?

Age milestones, like the annual New Year event, have a profound effect on human beings. Somewhere along the way, they have warped from celebrations to stressful introspective checkpoints.

“What have I done with my life so far?”, one asks of themselves.

No one is feeling this more keenly than Christy Lam (Chrissie Chau), a high-flying executive who just got promoted to regional manager. A month away from her 30th birthday, she is enjoying upward changes in her “saturn cycle” - a theory her boss shares, as a period of monumental shifts at the end of every thirty years. It seems that way. She’s got a steady boyfriend, her own lavish apartment, and a healthy support system of friends and family. But as the day draws closer, her growth u-turns, and everything starts to fall apart. She loses first her apartment, then her boyfriend, before spiralling down tearfully as parent and job finally disappears from her life.

Enter Wong Tin-Lok (Joyce Cheng). She’s lived her life from day-to-day as a record shop assistant, with most of her days spent with childhood friend Cheung Hon Ming (Babyjohn Choi). They take polaroids of their lives, giggling at every seemingly simple moment, toothy and unaffected by the pressures of an adult life. As it turns out, Tin-lok is also turning thirty and has the exact same birthdate as Christy.

Writer and director Kearan Pang, who adapted 29 + 1 from her own play, is also the main actress on the stage. She explores the parallel timeline of two adult women, who face their lives with a completely attitude, exploring background and motivations. Does success come with estrangement? Is happiness as easy as just choosing to be so? According to Pang, this may be so, as she slowly layers the philosophies with sentimental scenarios.

Sad to say, the transition from play to film is keenly felt. Maybe Pang suffers from tunnel vision, given her proximity to the material. 29 + 1 feels uneven and at times, a little staged - literally. Certain segments I could see literally transplanted from the original material, speech and body movement overly theatrical and staged. Other moments, it goes renegade on whimsy, before diving straight into tubebox melodrama. The personal musings of the play might also have grown a little dated - unsurprising given it came out in 2005.

Chau as Christy and Joyce as Tin-lok don’t seem to have that connection that’s meant to be the glue of the film. When Christy becomes temporary tenant of Tin-lok’s unit, while the latter goes on her dream tour to Paris, you feel excited for the premise. They never meet, yes - but Christy’s discovery of Tin-lok’s diary and the direction it gives her to save her from the brink of depression could have been much more, but is only concept acted out, but not very much felt.

There are moments that charm, when the characters step out of their caricuture and stereotype. Like when Tin-lok gets captured on camera for “an expression of gratitude” by her boss giving her generous leave. Or when she asks her best friend Hon Ming to touch her breasts. Christy also becomes authentic in a scene with her father, and during her breakup with her boyfriend. More of such realism would have given the punch 29 + 1 deserves.

(Rich material comes across stilted and dated in the translation, though still a worthy exploration) 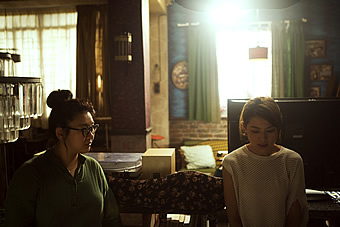 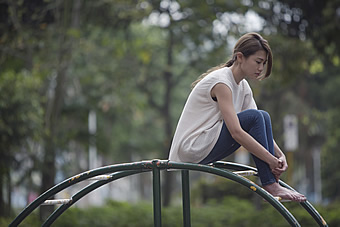 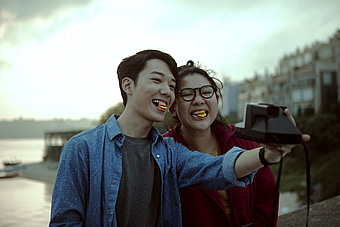 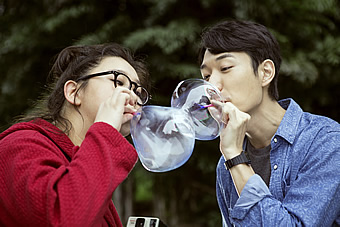 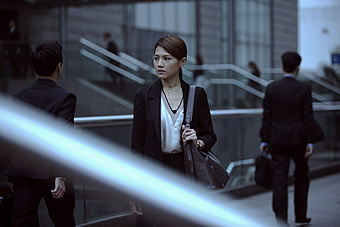 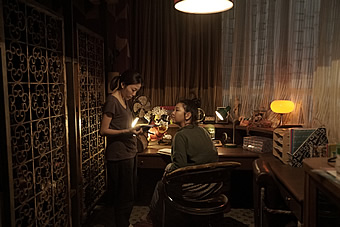