Synopsis: At the height of the First World War, two young British soldiers, Schofield (Captain Fantastic's George MacKay) and Blake (Game of Thrones' Dean-Charles Chapman) are given a seemingly impossible mission. In a race against time, they must cross enemy territory and deliver a message that will stop a deadly attack on hundreds of soldiers-Blake's own brother among them.

‘1917’ is built on a simple premise: two young British soldiers dispatched on foot across no man’s land in France during World War I, to hand-deliver a message that could save the lives of 1,600 fellow comrades of the Second Battalion. These men have been on the tail of their German enemies, whom they think have retreated, but have really set up an ambush, cutting all lines of communication so that their prey would have no means of hearing back from British intelligence.

The war against which it is based may be real, but the story isn’t, conceived by director Sam Mendes from the stories he had heard from his grandfather and co-written with Krysty Wilson-Cairns. That it is designed as a time-sensitive mission is wholly intentional – just as both these soldiers, lance corporals Schofield (George MacKay) and Blake (Dean-Charles Chapman), must race against time to ensure that the letter from British HQ reaches Colonel Mackenzie (Benedict Cumberbatch) before the break of dawn, so too must the plotting be consistent with the audacious technique which Mendes has chosen to film the movie.

Together with legendary cinematographer Roger Deakins, Mendes has structured ‘1917’ as two hour-long single takes, one that takes place during the day and one after the sun has gone down. To be sure, it could not and was not shot that way, but it would require that Mendes film in extremely long takes and make as few editing cuts as possible in order to achieve that cinematic effect. The intent, ostensibly, is to illustrate the chaos and horror of war in visceral fashion, while ensuring that we remain connected to these two heroes as they go about their perilous mission not knowing what lies ahead.

Is it a gimmick? That perhaps is the most fundamental question; indeed, how much you love the movie depends on whether you embrace Mendes’ strategy behind the camera. It is no doubt a terrific accomplishment, following our leading duo as they trek through craggy terrain littered with deserted fortifications, sun-bleached human skeletons and dead horses ringed by haloes of flies. Much thought and effort has gone into the very basics of blocking and camerawork, and the visual choreography casts an undeniable spell as it weaves seamlessly between close-ups and wide shots, the latter to let the stark backdrop of war come into sombre focus.

But there is a paradoxical effect: what is intended to immerse you in the story also pulls you out of it by being a character of the film itself, not only because you’d inevitably be looking out for its ‘hidden edits’, but also because it compels you to admire its triumphant undertaking. That said, to simply dismiss it as a gimmick does not do justice to the fact that it truly does bring a palpable sense of intimacy to the storytelling, letting us feel keenly the fear and tension our heroes would have felt every single step on the battlefield. The method also lends immediacy, especially during the various set pieces where our heroes confront real and present danger.

Like a burnished action thriller, the mission comprises a series of carefully composed set pieces – including one where Blake and Schofield encounter a German biplane which has plummeted from the sky; another where Schofield has to cross a downed bridge while being shot at by a sniper; and another where Schofield is chased on all directions by German soldiers through the ruins of a bombed-out town and flings himself into a fast-moving river. There is no mistaking how harrowing it must be for these two soldiers, not with the camera constantly trained on them and their view of what goes on around them.

Of course, those knowing either Mendes and/or Deakins will know that both are prone to poeticism, and true enough, ‘1917’ contains deliberately crafted moments of respite and reflection. It is no coincidence that the movie opens with Blake and Schofield lounging around a tree killing time, or that both of them make their way through a field of chopped-down cherry trees at one point, or that Mark Strong’s wise captain advises Schofield to beware of Colonel Mackenzie because “some men just want the fight”. And in his most obvious contemplation on the cost of war, Mendes choreographs a tender encounter between Schofield and a frightened young woman (Claire Duburcq) in hiding who is looking after a baby she had found in the rubble.

That the film succeeds in conveying the terror of war is also credit to MacKay, in what is probably the breakout performance of the year. Compared to Chapman, McKay’s character has the greater trajectory in the movie, and the little-known British actor impresses thoroughly by moving persuasively from disillusionment, to grief, and finally to grit over the course of the movie. Chapman too conveys keenly the shattering of innocence, and together, these actors own the film, despite the brief appearances of such stars in the British film industry as Colin Firth, Andrew Scott, Richard Madden, Strong and Cumberbatch.

‘1917’ is undeniably a towering cinematic achievement for Mendes, Deakins, editor Lee Smith, production designer Dennis Gassner and composer Thomas Newman, whose combined talent turn this unique single-take war movie into one of the quintessential films of the genre. Yet it is not an unqualified achievement, because the showy complexity of the method creates artifice that pulls you away from the authenticity of the proceedings. Nonetheless, it is a powerful portrait of sacrifice and heroism amidst the nightmarish reality of trench warfare, as well as a compelling anti-war fable. Because of, and in spite of its technique, ‘1917’ is one of the must-see motion pictures of the year on the big screen.

(Intimate, immediate and immersive, '1917' is an impresssive visual fear, a compelling anti-war fable and a thrilling war movie all at once) 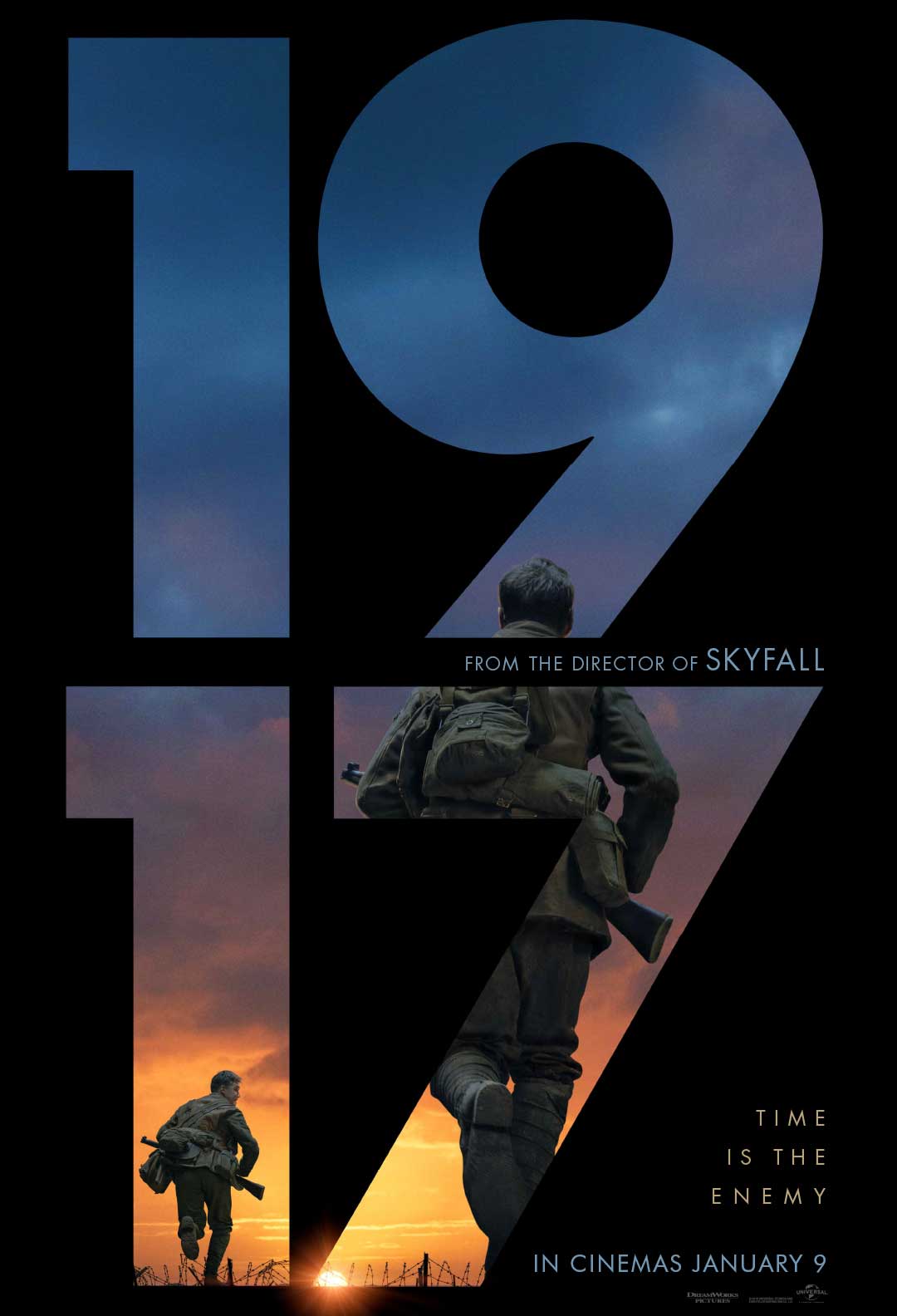