SYNOPSIS: A hardened mercenary's mission becomes a soul-searching race to survive when he's sent into Bangladesh to rescue a drug lord's kidnapped son.

Reuniting ‘Thor’ star Chris Hemsworth with part of the Marvel team, ‘Extraction’ is first and foremost a directorial showcase for second unit director and stunt coordinator Sam Hargrave, who had worked on not just Hemsworth’s ‘Thor: Ragnarok’ but also the last two ‘Avengers’ movies. Hargrave must surely have hit it off with the Russos, so much so that one of them had written the script off a 2014 graphic novel and both are producing this movie.

That amount of big-name talent behind the scenes no doubt raises expectation of what this Netflix film would offer, but ‘Extraction’ is ultimately no more – and certainly, no less – than a high-octane action thriller. The highlights, if not yet apparent from having Hargrave at the helm, are the set-pieces, set against the claustrophobic quarters and messy streets of the Bangladeshi capital of Dhaka, but choreographed, staged and shot with utmost Hollywood professionalism.

The piece de resistance is a spectacular 12-minute single-take sequence which has Hemsworth’s gruff mercenary Tyler Rake go from car chase to gun battles to hand-to-hand combat without so much as stopping to catch his breath. It is jaw-dropping stuff all right, and we guarantee you won’t be able to take your eyes of the screen for the entirety of that impressive accomplishment, although the squeamish can be excused for averting their gaze from the balletic violence.

Though the aforementioned scene would likely be the most memorable, the rest of the action is just as well done. Hargrave’s emphasis is ensuring the fights feel alive, visceral and exciting, and the effect is a gut-punch experience every time Hemsworth comes face-to-face with someone out to kill him. Hemsworth’s commitment is in every punch, kick and kill, and he exercises both his muscular physicality and his star power in equal measure to ensure you’ll be invested in the mayhem.

Just so you don’t forget its raison d'être, there is only just enough story to fill in the gaps between the fantastically steroidal action sequences. Tyler’s backstory is reduced to a few cutaways to his dead son, while his mission is simply to rescue the teenage son of an imprisoned drug lord in Mumbai from the said criminal’s rival in Dhaka. Oh yes, it isn’t hard to guess that Tyler will put aside reward to protect the life of his subject Ovi (Rudhraksh Jaiswal), or that both Tyler and Ovi will eventually develop some quasi father-and-son relationship.

Aiding Tyler in his mission is his liaison Nik (Golshifteh Farahani), especially against his ex-Special Forces nemesis Saju (Randeep Hooda). Tyler’s former colleague Gaspar (David Harbour) shows up briefly to provide shelter, but the movie is more or less built on Tyler’s shoulders. Besides carrying the action, Hemsworth also delivers the emotion, conveying with little exposition a portrait of someone who is now a shell of a man running on fumes. Hemsworth’s chemistry with Jaiswal illuminates their budding relationship onscreen, and adds some much welcome humanity into the proceedings.

Yet, this is through and through intended as a pulsating action thriller, and you’ll do well to adjust your expectations accordingly. The storytelling isn’t particularly smart or inventive, but the shoot-outs, chases, explosions and other fiery encounters will keep you on the edge of your seat. Moving the setting to Bangladesh also proves to be an inspired choice, allowing for some fine location-based action. As long as you enjoy the thrill of a action thriller, you’ll find it hard to extricate yourself from this two-hour wild, explosive ride.. 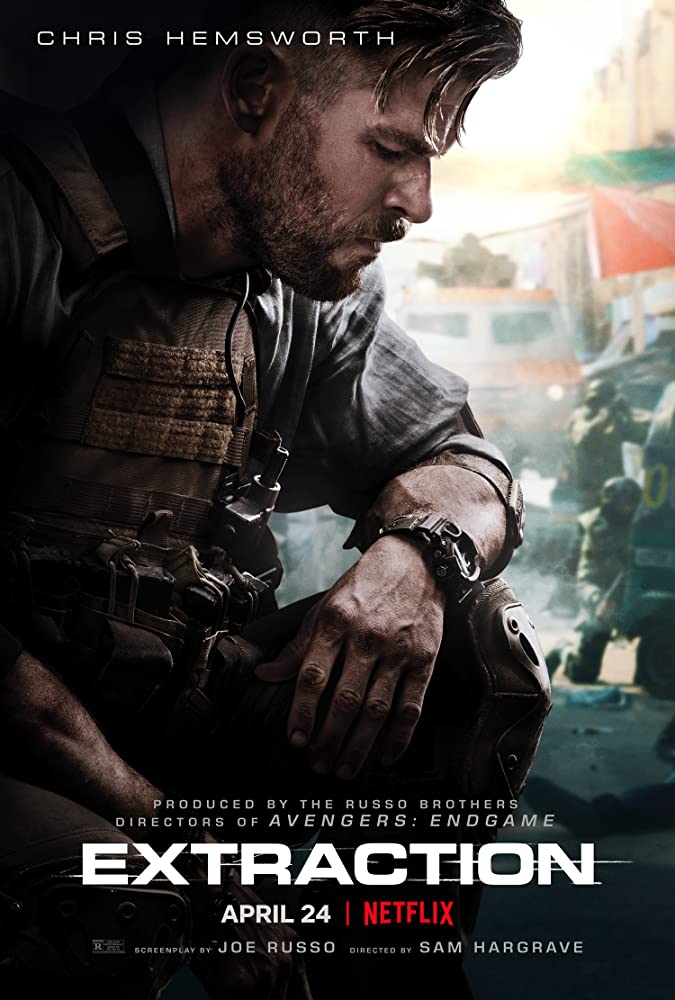