Synopsis: Linda Sinclair (Julianne Moore) is a 40-year-old unmarried high school English teacher in the small town of Kingston, PA. Her simple life turns an unexpected page when former student Jason Sherwood (Michael Angarano) returns home after trying to make it as a playwright in New York. On the verge of abandoning art and pressured by his father (Greg Kinnear), to face reality and go to law school, Linda decides to mount his play—a dark, angst-ridden, ambitious work—as a Kingston High production, with flamboyant drama teacher Carl Kapinas (Nathan Lane) directing. Now well out of her comfort zone, Linda takes further risks in life and love, the stage is set for a highly comic downfall. With the play, her reputation, and teaching career on the line, Linda finds an unlikely ally in herself. Amidst the ruins of her formerly perfect life, can she find a way to her own unique storybook ending? …

With a title as nondescript as ‘The English Teacher’, we can fully understand why you might not be sure just what sort of movie sitcom veteran Craig Zisk’s feature filmmaking debut actually is. Indeed, we were quite equally clueless, and had even assumed a serious drama thanks to acclaimed actress Julianne Moore receiving top billing in the titular role, so imagine our surprise when we realised that this is in fact a comedy - and not just that, a screwball comedy to be exact.

Yes, you’ve heard us right, this is in fact a comedy about a stereotypical high-school English educator whose structured life falls apart when she falls for a former student-turned-playwright. As played by Moore, Linda Sinclair is a 45-year-old single lady that has no luck in guys (a mildly amusing montage of her dating experience sees her giving a failing grade to each one of her potential suitors) and is therefore driven by one singular purpose in life - to share her love of the English language in the classroom with her students and in the process inspire them to greatness.

One particular student she used to be very proud of is Jason (Michael Angarano), a failing playwright who has since moved back to her sleepy Pennsylvania town after failing to gain any traction in New York City. Motivated by personal reasons not to see the flame of his passion extinguished by his dad (Greg Kinnear) keen to see him get a degree in law, she persuades him to let her read his unproduced play and is so transfixed in it that she shows it to the school’s drama teacher Carl (Nathan Lane). Equally impressed, they make a case to the principal and vice-principal (Broadway regulars Jessica Hecht and Norbert Leo Butz) to stage it as the school’s annual theatrical, but the pair is less convinced due to the darker themes within and a double suicide of an ending.

Nonetheless, they eventually acquiesce to not staging ‘The Importance of Being Earnest’ for a fifth time, and with that victory, husband-and-wife screenwriters Dan and Stacy Chariton quickly set up the major conflict that precipitates the chain of events after. On a spur of passion, Linda and Jason have sex in a classroom, that consummation unravelling her world as she takes it upon herself to defend Jason from his domineering father and use her personal savings to finance every single indulgence of Carl’s production. But most significantly, she goes intensely jealous of Jason’s subsequent attraction to the lead actress Halle (Lily Collins), even going to the extent of threatening her.

Suffice to say that it doesn’t go well for Linda- and the same in fact can be said of the movie, which begins to get more and more implausible. Missing the opportunity for satire or even dark comedy (think Alexander Payne’s ‘Election’), this one instead hits a farcical tone that renders the entire exercise so insignificant it might as well be fluff. Unfortunately, Zisk’s smallscreen experience in ‘Weeds’ and ‘The Larry Sanders Show’ works against him here, as he directs the proceedings in sitcom-like fashion, so much so that little of what happens following Laura’s indiscretion hits a genuine note.

But the fault isn’t Zisk’s alone; the writing vacillates between upper middle-brow references to Charles Dickens, Stephen Sondheim and even Japanese noh style to lowbrow material like backroom dalliances and petty jealousies. Despite the occasional witty lines, it is unclear just who this comedy is meant to appeal to, and the end result is too frivolous to appeal to a serious-minded audience and too mild to delight a mainstream-skewing audience. That’s a pity, since the always excellent Moore does demonstrate some wonderful comic timing - though not even her kooky turn can quite save this from anything more than a failing grade.

And so its unremarkable title ultimately reveals a much more fundamental problem at the heart of this comedy-drama - so determined is it to be different and quirky that it has forgotten to ensure that it doesn’t end up being a farce. That it eventually does makes it utterly lightweight when it could have been much more, and makes this one lesson you won’t lose anything if you skip it entirely.

(A seriocomedic farce masquerading as respectable arthouse fare, this "English Teacher" barely makes it past a passing grade) 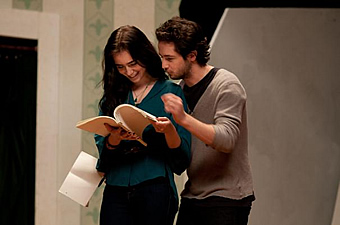 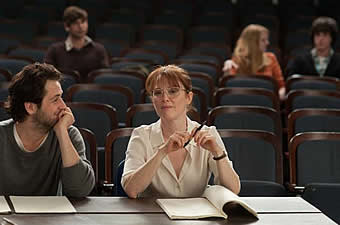 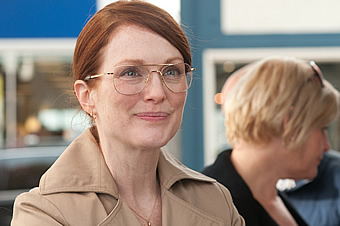