Synopsis: In bustling Beijing, China, ambitious young “Tiger” Chen Lin-Hu (Tiger Chen) works as a lowly courier; but after work, he is a young martial arts star, rising through the ranks representing the Ling Kong Tai Chi tradition. Though most associate Tai Chi with peaceful, yoga-like movements, Tiger has perfected the ancient art and started to make a name for himself in the prestigious Wulin Wang martial arts championship. Meanwhile, in Hong Kong, police investigator, Suen Jing-Si (Karen Mok), who works for the organized crime unit OCTB, has run into a wall in her pursuit of Donaka Mark (Keanu Reeves). Donaka is a powerful Hong Kong businessmen who runs a secret underground fighting ring, where cold hard cash is made by defeating one’s opponent in a no-holds barred fight privately broadcast to wealthy patrons. Looking for a new “star,” Donaka tries to lure Tiger with the promise of easy money. At first, Tiger declines, committed to the purity and integrity of his pursuit. But when his temple is threatened with redevelopment, Tiger relents so that he may protect the legacy of Ling Kong Tai Chi. Soon, Tiger is an underground sensation, defeating international opponents with reputations of deadly force. But the darker side of Tiger’s skill begins to emerge. His public fights in the Wulin Wang tournament become more aggressive, bringing Tiger unwanted attention and shame to his elderly master (Yu Hai) Seemingly unable to harness the darkness inside of himself, Tiger eventually agrees to work with Jing-Si to bring down Donaka’s deadly private game. But when every fight is the fight of his life, will Tiger be able to sustain his best intentions and manage the darkest and worst possibilities of his craft?

Exactly a decade after the Matrix trilogy came to a close, Keanu Reeves reunites action director Yuen Woo-Ping and former stuntman Tiger Hu Chen for a modern-day martial arts picture set in the world of underground fighting. Given the pedigree (which also includes other notable international fighters such as Jeremy Marinas, Brahim Achabbakhe, Ocean Hou and even ‘The Raid’s’ Iko Uwais), it’s perhaps inevitable that many will expect a brutal smackfest that pits style against style in a fight to the death.

Yet it is precisely such expectations that Reeves, who makes his directorial debut here, seeks to confound. Much as his movie aims to capture the raw thrill and stimulation of mano-a-mano fighting, he is especially cautious that the depiction not be a visceral means of satisfying anyone’s thirst for blood or brutality. The most apparent display of this is in how he purposely denies a showy finale between Tiger Chen and Iko Uwais, using that match instead for the former to make an emphatic objection about the use of kung fu as an instrument of killing for entertainment, an undoubtedly noble intention on Reeves’ part that is unfortunately still likely to earn the chagrin of some audiences.

Indeed, one could almost say that Reeves has set out to make a philosophical movie that reflects on what it means to be a true pugilist, possessing not just the moves or the ferocity to execute them but also the right spirit that seeks peace and not violence. As is expected, the plot that sees Tiger being lured by the promise of money and recognition to participate in underground fighting is pretty straightforward; what surprises however is the character-driven approach that Reeves and his screenwriter Michael G. Cooney have chosen, which portrays with great attention the inner transformation within Tiger as his motivations for fighting turn askew.

A good part of the first half of the movie is therefore dedicated to illustrating the sort of person Tiger is - a nondescript job as a delivery man aside, he is the last disciple of the Ling Kong school of Tai Chi (whose master is played by Yu Hai) still struggling with the ability to empty himself in order to gain true enlightenment. Tiger is also passionate about the cause of spreading the knowledge of Ling Kong and participates in sporting competitions to demonstrate the art on national television. It is during one of these competitions that chief villain Mark Donaka (a rare baddie role for Reeves) notices him and lures him to become an underground fighter.

The road to hell is paved with good intentions, they say, and so despite Tiger’s naïve but sincere wish of promoting Ling Kong, he is slowly conditioned with every match to become more and more a ruthless fighter. Besides the very first audition match, the rest of these conditioning matches where Tiger takes on fighters of different styles are hardly shown in their entirety; in line with Reeves’ intention, each is presented long enough only to emphasise the consequences of all that fighting on Tiger’s own personality. Though some might be inclined to criticise Reeves for doing injustice to these sequences, Reeves at least deserves admiration for staying so singularly minded at his intent of not serving up fighting for its own sake.

Yes, that mentality pervades every single directorial decision - however much you may disagree with it - that Reeves makes, which will ultimately prove frustrating for some viewers. Most notably, what is likely to leave a sour taste is how he effectively ends what starts out as an exciting grudge match between Tiger and Mark for the finale with a game-changing move that literally knocks the wind out of the fight. It is a bold move nonetheless, and again just emphasises the clarity with which Reeves executes his directorial vision.

If it isn’t yet apparent by now, this is pretty much Tiger’s showcase through and through. You’ll spot some notable Hong Kong actors among the cast - including Karen Mok as a dogged OCTB inspector, Simon Yam as her boss and Sam Lee as her intelligence expert - but their roles are largely inconsequential to the movie. Ditto for Tiger’s love interest played by Ye Qing, which serves only as a beacon to him of just how far he has strayed from the path of right. Instead, Reeves keeps a tight focus on Tiger most of the time, who thankfully holds the screen with an intense performance that captures both his character’s restraint and lack thereof at different points.

The same can be said of Elliot Davis’ cinematography and Derek Hui’s editing, which combine to create a taut and tense pace throughout. It’s not as if ‘Man of Tai Chi’ isn’t exciting therefore - it is, and Reeves manages to make it gripping from start to finish. What you should bear in mind however is what this movie is not - and that is, a collection of brutal and vicious fights of different styles. As we said, Reeves’ aim is in meditating on the meaning of a true pugilist, defined not by the speed or force of his moves but by the heart and spirit by which he executes them.

(Far from a no-holds-barred smackfest some may be expecting this to be, Keanu Reeves fashions an unusually thoughtful but no less thrilling martial arts movie that focuses on the spirit behind the art) 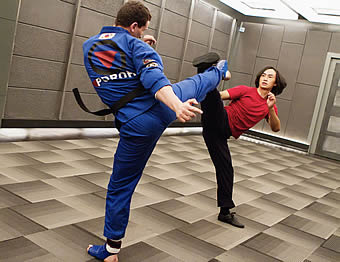 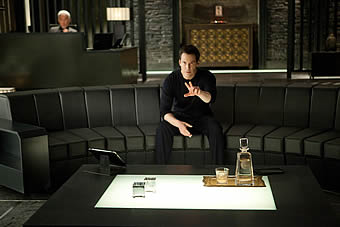 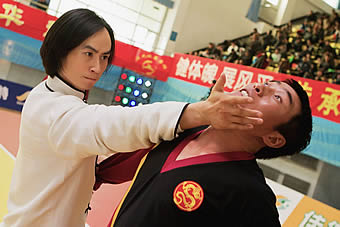 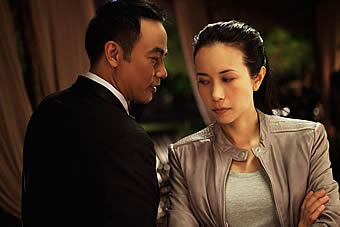 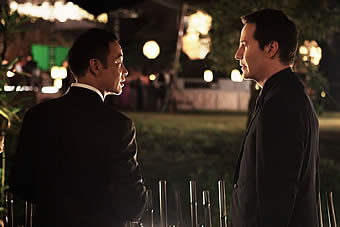 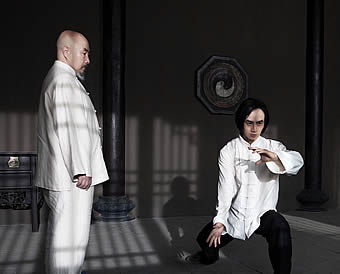