Synopsis:  Set in the generation where We-chat is the modern way of communication among youngsters, the film follows three troubled girls Yan (Kabby Hui), Wei-Wei (Heidi Lee) and Yi Ji (Rainky Wai) who will do anything to escape their troubled lives. Yan comes from a rich family but is often lonely, Wei-Wei works at a bar to support her family but is consumed by drugs and Yi Ji works as a teen prostitute at night. They go to the extremes and consume their youth in the most fearless and reckless way but everything comes with a price to pay. One day, when Yan suddenly disappears, Wei-Wei and Yi Ji starts to track her whereabouts, only to find out shocking truths about her that were never revealed…

If you haven’t yet heard of the social messaging app ‘WeChat’, then the context of this movie might seem foreign to you. The rage among teenagers and young adults today, it allows the user to chat up random strangers, meet new people and of course engage in casual dating. But for all its wonders of making the world a smaller place by pulling individuals closer together, the app from which the movie’s title derives from clearly has its pitfalls - and it is this which director and co-writer Philip Yung’s sophomore film attempts to explore.

Intended as a cautionary tale, Yung begins by introducing his audience to the three lead female protagonists. Yan (Kabby Hui) comes from a rich background, but chooses to rebel against her absentee mother (Irene Wan) by partying hard, experimenting with drugs and sleeping around with boys she meets through WeChat. On that app, Yan happens to be in the same chat group as the deaf-mute Yee-gee (Rainky Wai) who lives with her grandmother and does tricks for cash on the side - which is given the politically correct term of ‘compensated dating’. Last but not least is Wai-wai (Heidi Lee), whose mother is a drug addict and therefore has to assume the responsibility of caring for her younger sister.

Can you say it’s a hard life? Yung’s focus is on the disfranchised and marginalised youth of our society, whose tendencies and excesses are exacerbated by the unfettered use of social media. Before pleading caution, Yung though gets his audience immersed into this microcosm of the modern teen world. Yan, Yee-gee and Wai-wai’s lively interactions appear alongside each other in split screens. Their texts also pop up on screen in gaudy speech-bubble fashion, complete with emoticons and avatars. Together with some sharp outdoor lensing by Shi Yue, the effect is a busy, colourful and captivating visual palette that seems to count towards a bright and breezy teen flick.

But as they say, things go downhill really quickly. The trigger for this is Yan’s disappearance, following news that she was rescued in spectacular fashion after she had attempted suicide by jumping off the roof of a building. Yee-gee and Wai-wai team up to track her down, as it only becomes clear that the three WeChat group mates had in fact never met with each other in real-life. Nevertheless, the app proves a blessing in disguise, enabling the pair to work through friends, enemies and acquaintances that mostly also belong on the sidelines, including prostitutes, hoodlums, and pimps.

Even if we can ignore the disjointed way in which scenes are pieced together in seemingly haphazard fashion, we cannot quite brush aside the fact that Yung’s film fails to rise above low-budget exploitation fare in the second half. Aiming for maximum shock value, he depicts with surprisingly graphicness a brutal killing (complete with a shot of full-frontal male nudity that is we warn you not pretty at all) and two separate rape sequences that carry more than a whiff of sadism. Unfortunately for Yung, he doesn’t shoot with enough restraint for these scenes of extreme violence to rise above shlock, and his own tendency for melodrama also further undermines the seriousness of the subject matter to which his film tries to serve fair warning of.

He does however regain some respectability by referencing an earlier cultural touchstone in Hong Kong cinema, the gritty 1982 teen film ‘Lonely Fifteen’. Those who are familiar with it will immediately recognise that film’s stars Irene Wan and Peter Mak in supporting roles here, the former playing Yan’s mother and the latter a close friend cum former triad boss whom Yan’s mother reaches out for help to locate her daughter. Their appearances are not only preceded by grainy film clips of their younger selves in ‘Lonely Fifteen’, but also by relevant sections showing the surprisingly relevant parallel between adolescent rebellion then and now.

Yung must also be thankful that he has found a fearless group of female performers. The roles aren’t easy in and of themselves, but certain scenes in particular require a certain confidence that these three leads gamely step up to. On the other hand, the script accords the male actors very little to do except be bastards, and even if the sympathy for the girls is artificially manufactured from the script’s contrivances, there’s no denying you’ll still feel a fair degree of indignation for them.

Still, we suspect that ‘May We Chat’ is likely to get a fairly polarised reaction. You’ll either hate it for being plainly manipulative and amateurishly made, or you’ll give it its fair due for attempting to tackle a timely and important subject even though it does so in a plainly manipulative and amateurish fashion. If only Yung were a better filmmaker, this may have been better social commentary; as it is, its intentions are good but its execution far less so. 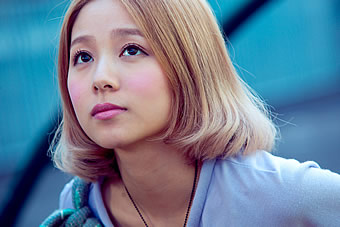 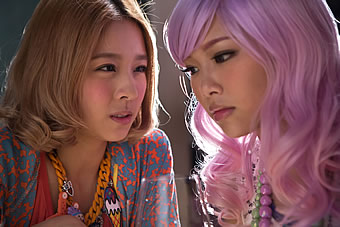 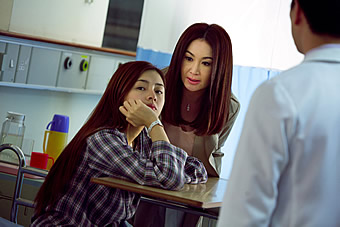 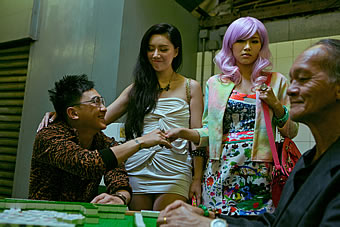 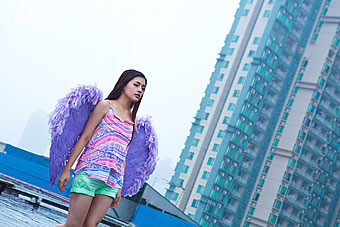