Synopsis: It wasn’t life they wouldn’t give up, but hope. Kyungsung, 1938: Jun-shik (JANG Dong-gun) is a young Korean man who dreams of becoming the next SOHN Kee-chung, the Korean gold medallist marathoner. Tatsuo (ODAGIRI Joe) is Japan’s top marathoner. Having a strong sense of competition with each other since childhood, Jun-shik and Tatsuo grow up to be the greatest of national rivals, representing their native Korea and Japan. A year after an unexpected incident sees Jun-shik impressed into Japanese service, destiny reunites him with Tatsuo, now a colonel in the Japanese army. Thrown into the maelstrom of WWII, the two young men traverse the battle fields of China, the Soviet Union, and Germany, finally arriving in Normandy, France. They survive endless battles and 12,000km, slowly transforming into each other’s greatest hope… A Korean man and Japanese man meet as enemies, but become each other’s hope. And a drama of true humanity that transcends borders and nationality unfolds.

War movies will always have a special place in this reviewer’s (or for that matter, any other male reader who has done his National Service) heart. Seeing how soldiers rough it out on the battlefield in their gungho uniform on the big screen, it brings back memories of how National Service made boys men. Meanwhile, cynics will tell you how the reel world portrays wars. You know, the usual themes are explored: patriotism, sacrifice, brotherhood, loyalty, betrayal and other similar subject matters that you may expect from a war movie.

So it is with this perception in mind that this columnist reviews this mega production directed by Kang Je gyu. As a commercial movie meant to make big bucks at the box office, we are not expecting an art house production filled with nuances and thought provoking symbolisms. What we expect from a movie like this are loud explosions, fighter planes, artillery tanks, war cries, tears, blood – yes, lots of blood.

Inspired by true life events, the story follows a Japanese and a Korean who first meet at a marathon race. The two rivals meet again at war (as fate has it, of course). Both are forced to enlist in the army. The Japanese becomes the head of defense in the Korean’s unit and tension rises. As fate would have it (again), both men are captured by the Soviets. They run away but soon are captured by Germans and forced embark on separate ways. As the 140 minute movie comes to a close, they meet again at the shores of Normandy.

Heartthrobs Jang Dong gun and Joe Odagiri play the two protagonists in this emotionally manipulative movie about how two men, who initially were rivals, eventually became friends. Expect zero subtlety in this multinational collaboration which brings together production teams from Korea, Japan, China, Russia and Germany. Besides the deafening explosions (it’s a war movie, remember?) that occur during the countless battle sequences, expect overly exaggerated acting, an overbearing music score and lots of carefully choreographed scenes which cost a bomb to produce.

This is not a bad thing though, because a movie of this genre is one that requires its audiences’ senses to be blasted. It is, in fact, an engaging and entertaining movie to sit through. We are not talking about Terrence Malick’s philosophical take on the war The Thin Red Line (1998) here. What we have instead is an in your face display of emotions which actually work, considering you’d end up feeling for the two men’s eventual fate.

One can also expect very high production values from Kang’s latest work. The director was on a seven year hiatus before helming this high budget blockbuster. The 28 million won movie took 10 months to film, and the story is based on a documentary he had watched. While we are sure that there are hundreds (and possibly thousands) of such tales of camaraderie during wars, it takes an engrossing movie like this for viewers (especially the younger generation in Singapore who never had the opportunity to experience a real war) to get a glimpse of the turmoil and emotions experienced in the worst of times. 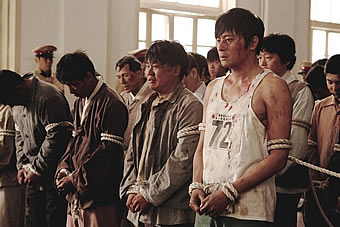 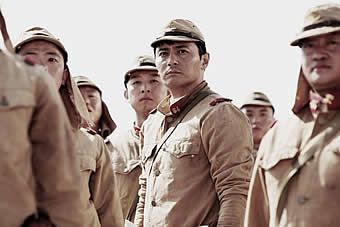 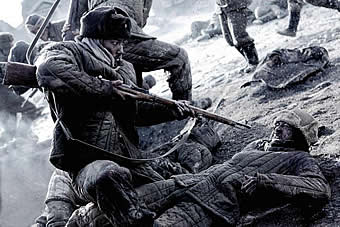 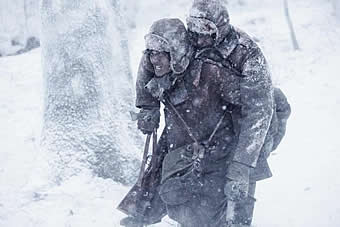 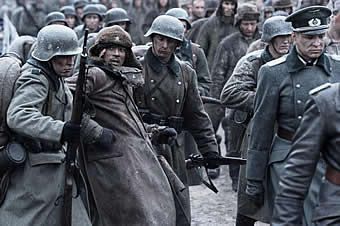 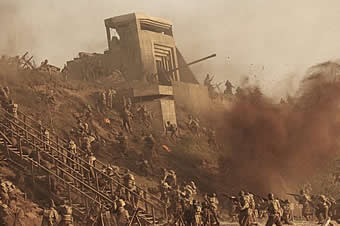 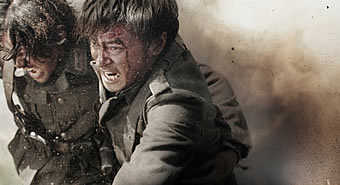