Synopsis: Alex the Lion, Marty the Zebra, Gloria the Hippo, and Melman the Giraffe are still fighting to get home to their beloved Big Apple and of course, King Julien, Maurice and the Penguins are all along for the comedic adventure. Their journey takes them through Europe where they find the perfect cover: a traveling circus, which they reinvent - Madagascar style.

We are guessing it’s only a matter of time when Alex the Lion, Marty the Zebra, Gloria the Hippo and Melman the Giraffe make their way to Asia, that is, if the Madagascar movie franchise continues to strike gold at the box office, prompting the studio to produce another sequel. After traveling to Madgascar and Africa in 2005 and 2008 respectively, the animals from New York;s Central Park Zoo find themselves in Europe this time round. Other than the locale and improved animation (expect nothing less with today’s technology), pretty nothing much else has changed – you can still expect non stop chattering from the talking animals from beginning to end.

There isn’t much of a story to begin with: The four protagonists, together with King Julien, Maurice, the chimpanzees and the penguins go on a journey through Europe. Throw in a traveling circus, a psychotic animal hunter and lots of zany colours, and you get this animated comedy directed by Eric Darnell, Tom McGrath and Conrad Vernon.

The agreeable 90 minute duration of the comic caper makes sure that there is nothing unnecessary to bore the mass audience with short attention spans. The family friendly animation also makes sure that there are enough in your face jokes, adorable animals and loud music (listen out for Katy Perry’s very popular “Fireworks” which is aptly used in one of the film’s best sequences) so that viewers will be kept entertained every single minute.

The A listers voicing the protagonists effortlessly do their jobs in this third movie of the successful franchise. While Ben Stiller, Chris Rock, David Schwimmer and Jada Pinkett Smith pull no surprises here, they deliver a serviceable performance as the home sick animals. Elsewhere, Sacha Baron Cohen and Cedric the Entertainer return as the amusing lemurs King Julien XII and Maurice, stealing the show from the protagonists. And we are not forgetting the well liked penguins and chimpanzees, who add that much needed humour to the movie series.

New characters to the third movie include Bryan Cranston’s Vitaly, a Russian tiger who leads the circus, Jessica Chastain’s Gia, a jaguar who wants to learn how to perform the trapeze act and Martin Short’s Stefano, an Italian sea lion who always chooses to look on the bright side of things. While there are no major faults with these animal characters, they do not leave much of an impression either. It is Frances McDormand’s Captain Chantel DuBois, a psychologically unbalanced animal control officer whom you will remember after leaving the theatre. The oddly shaped antagonist is so warped, you almost forgive her for her evil actions after seeing how she drops to the ground and crawls around like a spider to hunt down her preys.

The movie also delivers the obligatory wholesome themes which kids can bring home and grow up with. Seeing how the American animals help their European friends rediscover their passion for showbiz and circus performance, you will only wish things in real life are this easy to deal with.

(This family friendly summer offering may not be inventive, but it’s still entertaining enough to keep the kids at bay for 90 minutes) 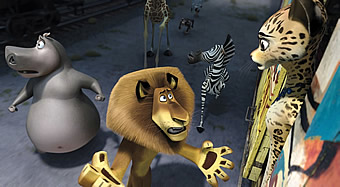 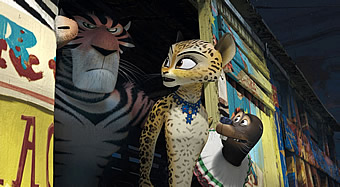 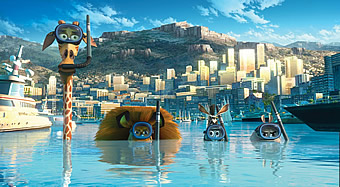