Synopsis: Working the night shift as a toll collector on a lonely stretch of highway in Buffalo, New York, Henry (KEANU REEVES) is a man seemingly without ambition, dreams or purpose; a man sleepwalking his way through life. He gets his wakeup call early one morning when he becomes an unwitting participant in an ill-conceived bank heist. Rather than give up the names of the real culprits, Henry takes the fall and goes to jail. There, he meets the irrepressible Max (JAMES CAAN), a con man who's grown far too comfortable with the familiarity and security of his 'idyllic' life behind bars, but one who also helps plant an idea in Henry's mind which will change his life forever: for a man to find his purpose, he must first have a dream. Upon his release one year later, Henry finds his purpose. Having done the time, he decides he may as well do the crime. Discovering a long forgotten bootlegger's tunnel which runs from the very same bank to a theater across the alleyway, he convinces the reluctant Max to file for his long overdue parole - and then recruits his former cellmate to help stage a robbery. Their plan is simple: by infiltrating the theater and its current production of Chekhov's, The Cherry Orchard, the unlikely duo will buy just enough time to dig their way to the adjacent bank vault and drive off with their loot. Unfortunately that plan also includes Henry taking the lead role in the play, where he finds himself slowly falling for the production's mercurial leading lady, Julie (VERA FARMIGA). By turns wry, off-beat, and simply hilarious, HENRY'S CRIME is the heartwarming story of a man who finds his purpose in life. And then finds his destiny..

There's a moment in this film when its namesake Henry, played by Keanu Reeves, realises that he stands atop a prohibition-era tunnel linking a downtown Buffalo-set theater and the savings bank he didn't rob but did the time for anyway. As the movie is quick to attest, "you did the time, you might as well do the crime," he strikes upon the idea to rob the bank using said tunnel.

At this point in the film, you would expect -- nay, demand -- that Henry shows a reaction, any reaction to this epiphany but we get absolutely nothing from the laconic Reeve. A somnambulistic performance if there ever was one regards the central figure of the film. You get the sense that director Malcolm Venville, who directed a powerful presence like Ray Winstone in a remarkably raw and indefatigable "44 Inch Chest," decided that low-key would be the only route to embark on this time round when presented with an actor like Reeves, who is by no means a bad actor. Just one whose natural abilities do not do this character any favours. To say Henry does not have the personality of a bank robber would be understating it tremendously.

Reeves becomes an avatar of the film's tonal lethargy that painfully insists on not propelling its plot forward with any measure of verve or viguour, and never really tapping into the full potential of a premise that has seen better company given that it comes out of the same playbook as 1955's "The Ladykillers" and finds a more reasonable template in Woody Allen's "Small Town Crooks". Later on in the film, it becomes altogether more quaint when Peter Stomare's Russian director-potentate has to coerce emotions out of an impassive Henry who fills in as the lead in the theatre's marquee production -- Chekhov's "The Cherry Orchard" -- in a plan set in motion by Henry's moody love interest, Julie (Vera Farmiga) and his just-released guru from prison, a confidence man named Max (James Caan) who begins to orchestrate the heist. This subplot of Henry balancing both his new life as an actor and a bank robber proves more entertaining fare than its main plot.

Populated by familiar character actors and Reeves, the film urges itself along with some credible supporting work by Farmiga and Caan. Farmiga plays the insecure Julie with a bundle of spontaneous angry-nervous energy and shows intelligence behind the neurosis of an actress meant for greater things and uses Caan's natural charms and sparkle as the erudite hustler who spins a web out of nothing. These actors elevate the material and give more to the film than they could have hope to receive back.

Essentially boiling down to a small character piece set in a small-town suburbia, "Henry's Crime" moves through its annoyingly inert indie quirks with huge swathes of cliched comic elements. There's hardly a point in this film that stands out as an excellent set-piece or includes a significant moment of tension (in a heist movie, lest you forget!) in the entire endeavour worth mentioning. Even with a stellar cast of performers throughout the film, "Henry's Crime" works best on a level of low expectations set on the bottom shelve of a basement cupboard.

(Inert and lacking in energy, a definite no-no for this genre) 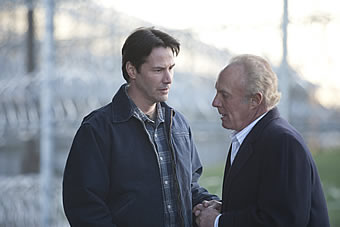 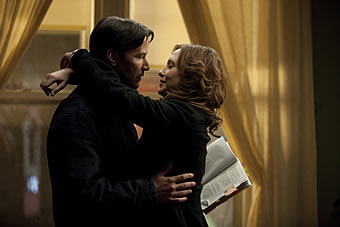 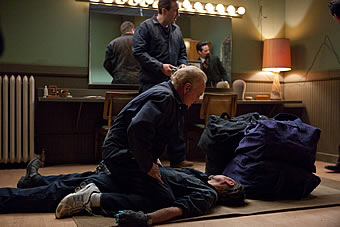 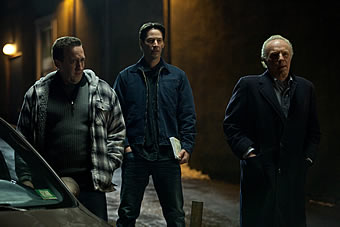 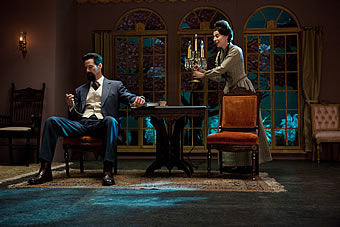 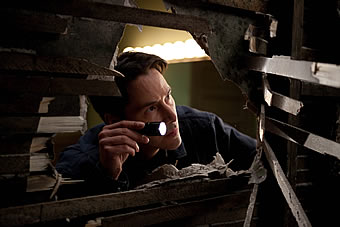