Synopsis: For Nick (Jason Bateman), Kurt (Jason Sudeikis) and Dale (Charlie Day), the only thing that would make the daily grind more tolerable would be to grind their intolerable bosses (Kevin Spacey, Colin Farrell, Jennifer Aniston) into dust. Quitting is not an option, so, with the benefit of a few-too-many drinks and some dubious advice from a hustling ex-con (Jamie Foxx), the three friends devise a convoluted and seemingly foolproof plan to rid themselves of their respective employers... permanently. There's only one problem: even the best laid plans are only as foolproof as the brains behind them.

You’ve either had a horrible boss, or you will meet one in future. That’s just the reality of life, isn’t it? But think about it- wouldn’t you wish that you could just get rid of him/her? Seth Gordon’s new comedy works perfectly as that kind of wish-fulfilment- in it, three hardworking employees who find themselves at the mercy of their horrible bosses decide to find a way to kill them. Ok it does sound a little extreme at first, but wait till you hear what their bosses are like.

Nick’s (Jason Bateman) boss is the cruel, sadistic and scheming Harken (Kevin Spacey chewing up the scenery) who nitpicks at him for arriving two minutes late for work one day than he usually does and offers him a drink in the morning before accusing him of being a drunk. All this so that he can have an excuse to keep the promotion Nick has been slogging for the past 8 years for himself.

His buddy Dale Arbus (Charlie Day) is a dental assistant whose boss Dr Julia Harris (Jennifer Aniston) is a nymphomaniac constantly making sexual advances at him at work, and threatening to reveal incriminating photos she took of him while drugged to his fiancé (Lindsay Sloane) unless he has sex with her.

Not much better off is accountant Kurt Buckman (Jason Sudeikis) whose new supervisor Bobby Pellit (Colin Farrell) is a cocaine-snorting, martial artist-wannabe taking over from his recently deceased father (Donald Sutherland). The first day at work, Bobby tells Kurt to ‘trim the fat’ in the office by firing the fat people and the wheelchair-bound employee he calls ‘Professor X’.

Why don’t they just quit, you ask? Well, because it’s hard to find another job out there, especially given today’s economic climate. Neither do they wish to end up like a mutual friend (P.J. Bryne), who hasn’t been employed for two years following the collapse of Lehman Brothers, and has since been reduced to hustling gay sex in bars to earn the quick buck.

So after first toying with the idea, Nick, Dale and Kurt decide to hire a hitman to assassinate their bosses. Following a bungled search on the ‘men seeking men’ page, the trio run into a gangster (Jamie Foxx) whose expletive name is one of the film’s running jokes- though said gangster turns out not to be a real assassin, but rather a ‘murder consultant’ whose advice to them turns out to be surprisingly effective.

While the eventual denouement of their despicable supervisors reveals some good plotting, the script by Michael Markowitz, John Francis Daley and Jonathan Goldstein (from a story by Markowitz) mostly adopts a loose structure throughout the film, relying as much on the actors to improvise on the set. Thankfully, Bateman, Sudeikis and Day (who have perfected their craft on TV sitcoms) are very much up to the task.

The trio are individually good in their respective roles- Bateman once again playing mild-mannered to a T; Sudeikis suitably upbeat and mischievous as the skirt-chasing ladies’ man; and Day stealing the show as the perpetually nervous character with a voice that changes key in tandem with his anxiety levels- but together, the rapport between them is excellent. Indeed, they share such well-coordinated comedic timing that you never for one second doubt their characters are best buddies.

They are also complimented by Spacey, Aniston and Farrell gleefully embracing their over-the-top supporting roles. Spacey reprises his ‘Swimming with Sharks’ boss-from-hell routine, but he is so deliciously snarky you won’t mind the reiteration. Aniston is amazingly game playing against type with a foul-mouthed, sexually aggressive character. Farrell also disappears into his snivelling character with his hunched-over posture and a ridiculous comb-over that rivals Tom Cruise’s transformation in ‘Tropic Thunder’.

And with such an outstanding cast, Gordon does what any sensible director would and leaves them up to their own devices. Nevertheless, like most Apatow films, the result of this is that the banter between the characters can sometimes drag on for a little too long before the punchline is reached. Still, in this instance, giving the talented cast freer rein to determine the pace of the movie works to bring out a more natural spontaneous form of humour that is refreshingly enjoyable.

Of course, there’s also the fact that it is deliberately raunchy and not afraid to go low (and we mean this literally) if there are laughs, cheap or otherwise, to be had. As odd as it may sound, this is a recession-themed ‘The Hangover’ raunch-com, and thanks to an excellent cast, all of us who have had that relatable experience of having a ‘horrible boss’ can indulge in that bit of wish-fulfilment to replace that frown with a smile (however devious) at the end of a workday or for that matter work-week.

(Thanks to some excellent performances from its ensemble cast, this raunch-com is gleefully hilarious wish-fulfilment) 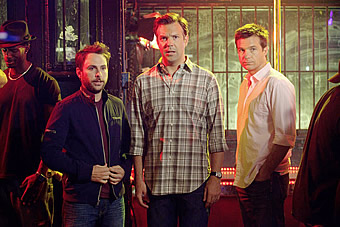 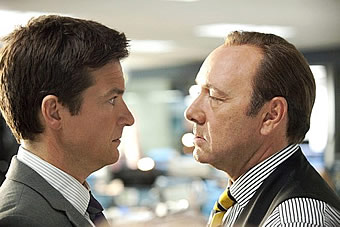 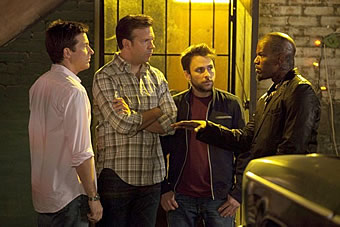 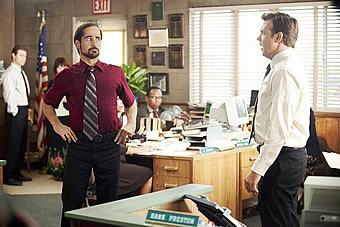 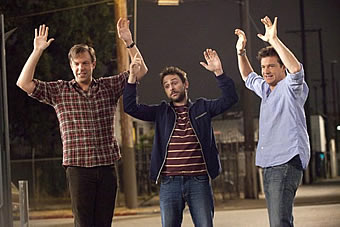