Synopsis: Before there was Amityville, there was Harrisville. Based on a true story, “The Conjuring” tells the horrifying tale of how world-renowned paranormal investigators Ed and Lorraine Warren were called upon to help a family terrorized by a dark presence in a secluded farmhouse. Forced to confront a powerful demonic entity, the Warrens find themselves caught in the most terrifying case of their lives.

How many different ways can a house be haunted? By now, any seasoned horror fan should be familiar with every one of those ways, and indeed if you approach ‘The Conjuring’ looking for novelty, you’re probably going to leave disappointed. Instead, what genre veteran James Wan does is to toss up some of the best elements of haunted house movies, mix them up with some ingredients of demonic possession, and serve them in a classy way that makes the concoction feel familiar yet fresh.

Adopting the visual language of the supernatural horror thrillers from the era in which the supposed true story is set, Wan carefully builds dread and suspense with lingering shots, handsome cinematography and some good old-fashioned storytelling. This is a firmly old-school horror that has less in common with Wan’s gory debut ‘Saw’ than his effectively slow-simmer outing ‘Insidious’, and the restraint that he displays in each and every aspect of the picture pays off tremendously in terms of veracity and respect.

Those are important qualities considering how fervently Wan wants us to believe that his ghost story is rooted in reality. A prologue establishes the real-life paranormal experts Ed (Patrick Wilson) and Lorraine Warren (Vera Farmiga) - the former a demonologist recognised by the Catholic Church and the latter a clairvoyant - with an earlier case involving a possessed doll named Annabelle, the husband-and-wife pair both equally devout in the Catholic faith, from which they derive the courage and equanimity to study, confront and do battle with the forces of evil. But the main tale is apparently so horrifying that the Warrens have kept it under wraps for many years, the alleged case unfolding in a 150-year-old farmhouse in rural Rhode Island back in the year 1971.

Like how all such stories begin, this one has a happy couple and their five darling daughters moving into the old mansion. The father Roger (Ron Livingston) is the sole breadwinner working as a truck driver and has just scraped enough to purchase at an auction the place they now call home - so if you’re wondering why the family doesn’t just move out once the hauntings start, there’s your answer. Speaking of disturbing events, it doesn’t take long before things go bump in the night - and soon after, even during the day.

First, the family dog refuses to go into the house; shortly after, it is found dead outside. Then there’s the occasional foul odour like rotting flesh in the house. The clocks also stop precisely at 3:07 am every night. The mother Carolyn (Lili Taylor) finds unexplained bruises on her body every morning when she wakes. One of the daughters complains that she is woken by someone tugging at her feet in bed. Another claims to see a boy named Roy in the mirror within an old music box. Little by little, detail by detail, Wan steadily ratchets up the tension, adding some well-timed special effects and a genuinely unsettling score to imbue the film with a distinct sense of foreboding.

Truth be told, nothing in Wan’s bag of tricks hasn’t been done before; but what he lacks in originality, Wan makes up through deft execution and a keen awareness of pace. Particularly effective is his staging of the family game of ‘hide-and-clap’, which not only uses a simple activity to build a sustained level of anxiety and fear, but also works as an effective technique to spread the action throughout every nook and cranny of the house. Striking a fine balance between showing and teasing, Wan keeps his audience on tenterhooks wondering when the next in-your-face scare will jump at you, and it is to his credit that one does not feel cheated when it happens.

The script by horror vets Chad Hayes and Carey W. Hayes juxtaposes the Perron family’s troubles with that of the Warrens’ own. Deliberately avoiding any over-explanation, there are obvious enough hints that Lorraine hasn’t quite fully recovered from a previous ordeal. They also have a young daughter who is just as vulnerable to the demons they keep locked away in a room within their house filled with the occult stuff from their case files, including the Annabelle doll now kept in a glass case under lock and key. By agreeing to help the Perrons therefore, the Warrens are also risking their own lives.

But Lorraine insists that they are duty bound to assist, and so with a assistant (Shannon Kook) and a skeptical man of the law (John Brotherton), they move in with the Perrons to gather proof for an exorcism to be carried out on the house. This is also the point where Wan channels his inner ‘Exorcism’, unleashing every fright-inducing trope from the playbook of such films - from intense shaking to oath-swearing and even to levitation. Again, though its tricks are borrowed, Wan performs them with skill and craftsmanship, the sheer intensity of the climax so arresting that you’ll probably forgive or forget that you’ve seen it all somewhere before.

Of course, the excellent cast also deserve credit for that. Not often does one get real actors in a horror movie, and Wan’s film shows how that can make a lot of difference. Wilson and Farmiga share a down-to-earth rapport as the married pair of investigators, while Livingston and Taylor are utterly convincing as working-class parents forced to deal with unspeakable circumstances. Yet somehow both female actresses manage to outshine their male counterparts - while Farmiga acutely conveys Lorraine’s sensitivity and fragility, Taylor portrays with crystal clarity the fear, helplessness and determination of a mother figure.

Complementing the onscreen work by the cast is Julie Berghoff’s brilliant production design of a cavernous house with plenty of hidden crawl spaces behind its walls; ditto for John R. Leonetti’s cinematography, which employs slow zooms and extended takes alternately to startlingly effect while prowling around the interior or gliding around the exterior of the house. And of course, it is Wan that brings all these parts together, designing sequence after sequence of nail-biting excitement, this clearly his most accomplished horror movie to date.

Just because it doesn’t reinvent the wheel doesn’t mean it isn’t scary; rather, ‘The Conjuring’ works as an excellent example of horror done right, eschewing contemporary inclinations of gore and violence for classy old-school techniques built on atmosphere and pure filmmaking fundamentals of cast and direction. Lest expectation ultimately leave you disappointed, let us caution you that it isn’t and won’t be some seminal horror movie like ‘The Exorcist’; still, it is one of the most effective horror movies in recent memory and perhaps one of the most realistic in its portrayal of God, the Devil and where Man’s destiny stands.

(Eschewing modern inclinations of gore and violence, this classy old-school horror relies on the fundamentals of anxiety, dread and foreboding to deliver an edge-of-your-seat gripping and suspenseful experience)

THE HAUNTING IN CONNECTICUT 2: GHOSTS OF GEORGIA (2013) 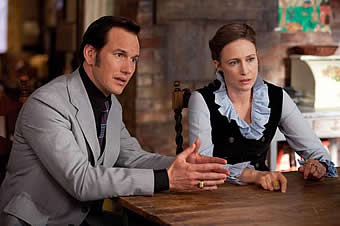 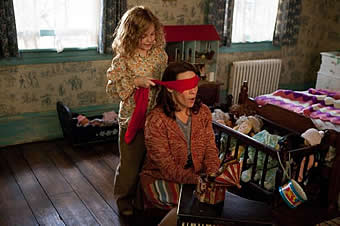 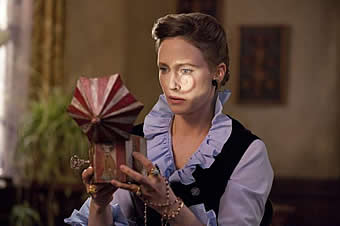 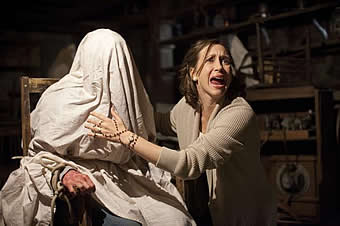 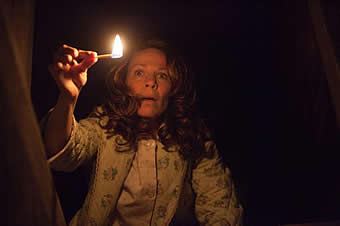 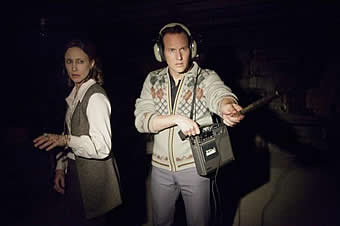