Synopsis:  “4...3...2...1” no matter where you are, everyone in the world is looking forward to the countdown to New Years Day, which includes 3 Thai teens in New York City. They are roommates. Jack is a rich kid from Thailand who lies to his parents that he’s in NYC to study, where in reality he is actually spending their money on a daily basis just to have fun. Pam a materialistic girl who would do anything to impress others and finally, Bee, Jack’s girlfriend, who has yet to reveal to anyone why she came to NYC in the first place. The 3 friends want to have a NYE party to remember, so Jack calls Jesus, a drug dealer, to drop off some stuff to their apartment so they can celebrate the end of the year in style. They actually don’t know Jesus that well and don’t really know his background. However, his visit that night will change their lives forever. “4...3...2...1” They are counting down without knowing for sure that their new day is going to be waiting for them….

No matter what you think ‘Countdown’ is about, let us reassure you that this is one movie which will catch you by surprise. Whether or not you’ll enjoy this edge-of-your-seat gripping experience that never quite takes you where you want or expect it to is another matter – but we can tell you unequivocally that we loved how it continuously defied narrative convention, delivering something refreshingly original that manages to be both thrilling and thought-provoking at the same time.

In order not to spoil the roller-coaster ride you’re going to sit through, we’ll keep what we say about the film’s premise brief. The setting is a basic New York City apartment, and the protagonists a group of three Thai teenagers who share that apartment. It is New Year’s Eve, and hoping to score some dope after their regular dealer announces his intention to get out of the business, the only guy amongst them - Jack (Pachara Chirathivat) – contacts whom he thinks is the source for their weed dealer.

The man named Heasus (David Asavanond) turns up precisely as promised at nine in the evening, and proceeds to engage the trio – made up of Jack, his girlfriend Bee (Jarinporn Junkiet) and the air-headed Masters student Pam (Peak Patarasaya) – in some drug-addled conversation. Whereas Jack and Pam readily smoke themselves high, the more clear-headed Bee insists on staying sober, and slowly senses something amiss about Heasus. Trouble strikes when Bee persuades Jack to pay Heasus and show him on his way, which is as good a place as any to leave you piqued just what happens next.

A fair warning to those who are squeamish – not only does it get pretty intense from that point on, it also gets rather graphic. That in itself will likely turn some faint-headed viewers off, but if you steel yourself to sit through the anguish, you’ll find that there is both purpose and significance to the apparent madness. Not to worry, as we’ve promised, there won’t be any spoilers here; suffice to say that it has something to do with the respective backgrounds of each of the characters, who are not as innocent or hapless as you may have thought them to be.

That the violence never gets exploitative is to writer/ director Nattawat Poonpiriya’s credit, who knows just how far to go to get the intended reaction from his audience without in fact going overboard. Making his feature film debut by expanding his earlier 45-min short, Poonpiriya doesn’t get carried by with the visceral pleasures of the movie; instead, there is a surprising level of symbolism here, beginning with the film’s very first scene where we see Bee cowering in a confessional, to the fact that Heasus’ calling card has ‘Jesus’ printed on it, to how a nail gun comes into the picture later on.

His message here has to do with atonement, one that comes on the heels of a supernatural twist which it beseeches its viewers to accept at face value. Poonpiriya shrewdly sets up the chain of events, such that with each incredulous turn, we are challenged more and more to guess Heasus’ identity – which as you’ve probably guessed, is key to understanding just the how and why of the proceedings. In particular, what could easily have been narrative cliché is turned into an inspired stroke of genius, as a midway revelation of Heasus’ ability to communicate in Thai turns the threat into something much more immediate, scary and yet spooky at the same time.

It should be quite clear just from the premise alone that the entire movie hinges on the mysterious character of Heasus, and thankfully, Asavanond delivers a magnetic performance in that role. At first chummy and seemingly benign, he morphs into an altogether more frightening and menacing presence with time, before finally acquiring an almost invincible quality that has allusions to the Devil. Besides being the intimidating presence that the movie needs, Asavanond also demonstrates some sharp comic timing in his delivery of the script’s dark humour. Next to Asavanond, none of the teenage actors seem to make much of an impression or for that matter survive being relegated to caricature – with the exception of Junkiet, who brings unexpected empathy to her morally ambiguous character.

Yet within its high-concept premise, ‘Countdown’ succeeds exceedingly well as a thriller and as a cautionary tale centred around morality, integrity and karma. Its narrative may not be as dense as ‘Shutter’ or ‘Phobia’ – with which it shares the same producer – but on the basis of originality and inventiveness, we dare say that it is clearly superior. Refusing to adhere to genre conventions, this is at once a movie that is terrifying, darkly amusing, provocative and riveting from start to finish. If you’re in need for an adrenaline boost, then this seemingly innocuous and seemingly innocuously-titled movie is the equivalent of a roller-coaster thrill ride that will leave you on an exhilarating high.

(One of the most refreshingly original Thai films we’ve seen in a long time, this genre-bending exercise is both an exhilarating thriller and a thought-provoking morality tale) 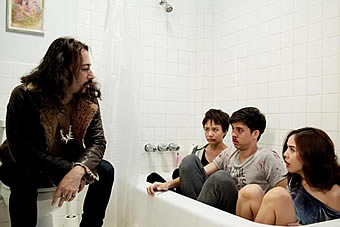 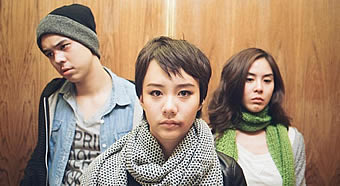 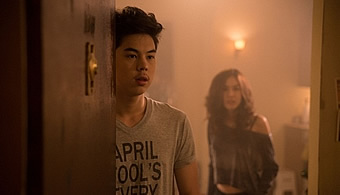